This is a thread for things that should not be happening  in our society.

Seriously endangering lives and and this guy avoids jail time for what reason again!

A criminal charge has been laid against a young man who Vancouver police allege was travelling at 250 km/h before he crashed his parents’ new Mercedes.(PNG)

A young man who crashed his Mercedes at speeds of up to 250 km/h into the front yard of a home in a tony Vancouver neighbourhood has avoided jail time.

Yue Hui Wang, who was 18 at the time of the collision and is now 21, on Thursday received a suspended sentence with two years of probation and a three-year driving ban. In November he had pleaded guilty to one count of criminal negligence causing bodily harm.

Before the April, 2015 accident, Wang had offered to drive a teenage friend he’d been hanging out with in Richmond back to the teen’s home. The parents of the teen wanted him home quickly.

Driving the high-performance 2015 Mercedes C63 Coupe that had recently been purchased for him by his mother, Wang crossed one of the bridges into Vancouver at speeds his friend later estimated to be at between 160 and 180 km/h.

“They turned west onto Southwest Marine Drive in Vancouver, and that is the last thing that (the friend) remembers before waking up in the totalled Mercedes, enmeshed in the trees in front of 2206 Marine Drive,” according to a statement of facts filed in court.

Shortly thereafter police, firefighters and paramedics arrived and the two young men had to be extracted from the Mercedes and taken to Vancouver General Hospital. Wang had initially been knocked out by the collision, while his friend suffered a number of injuries requiring 17 days of hospitalization.

Police later obtained a warrant and seized the vehicle’s airbag “control module” which indicated that the Mercedes had been moving at 253 km/h in the seconds before the collision.

Crown counsel Mark Myhre argued that a 90-day jail term was needed for denunciation and deterrence of the crime, while defence lawyer Michael Klein called for a suspended sentence, saying that the crime was a “one-off” incident for his client, who was otherwise a law-abiding person.

In imposing sentence, Provincial Court Judge David St. Pierre noted that it was fortunate that neither of the young men were killed and said that people that are inexperienced drivers and young shouldn’t get a “pass,” adding that Wang had shown a reckless disregard for the safety of others.

“Having said all that, what’s the appropriate sentence for someone like this? That’s the hardest thing a judge has to decide.”

St. Pierre said that the crime had taken up a “very small fraction” of Wang’s life and the rest of the time he probably was taking care of the people around him and acting appropriately and living the life of a decent citizen.

“He’s not a bad actor. In the colloquial sense, he’s committed a bad act.”

The judge said a criminal conviction provided significant denunciation and noted the potential immigration consequences for Wang, a Chinese citizen with permanent residency status in Canada who faces possible deportation as a result of the conviction.

Wang was charged on March 9, 2016, and arrested nearly two weeks later after returning to Canada to be sworn in as a citizen.

The probation conditions for Wang include that he complete 200 hours of community work service.

Wang, who was wearing a suit and tie, had earlier apologized to the judge for his actions and promised not to commit any further crimes. 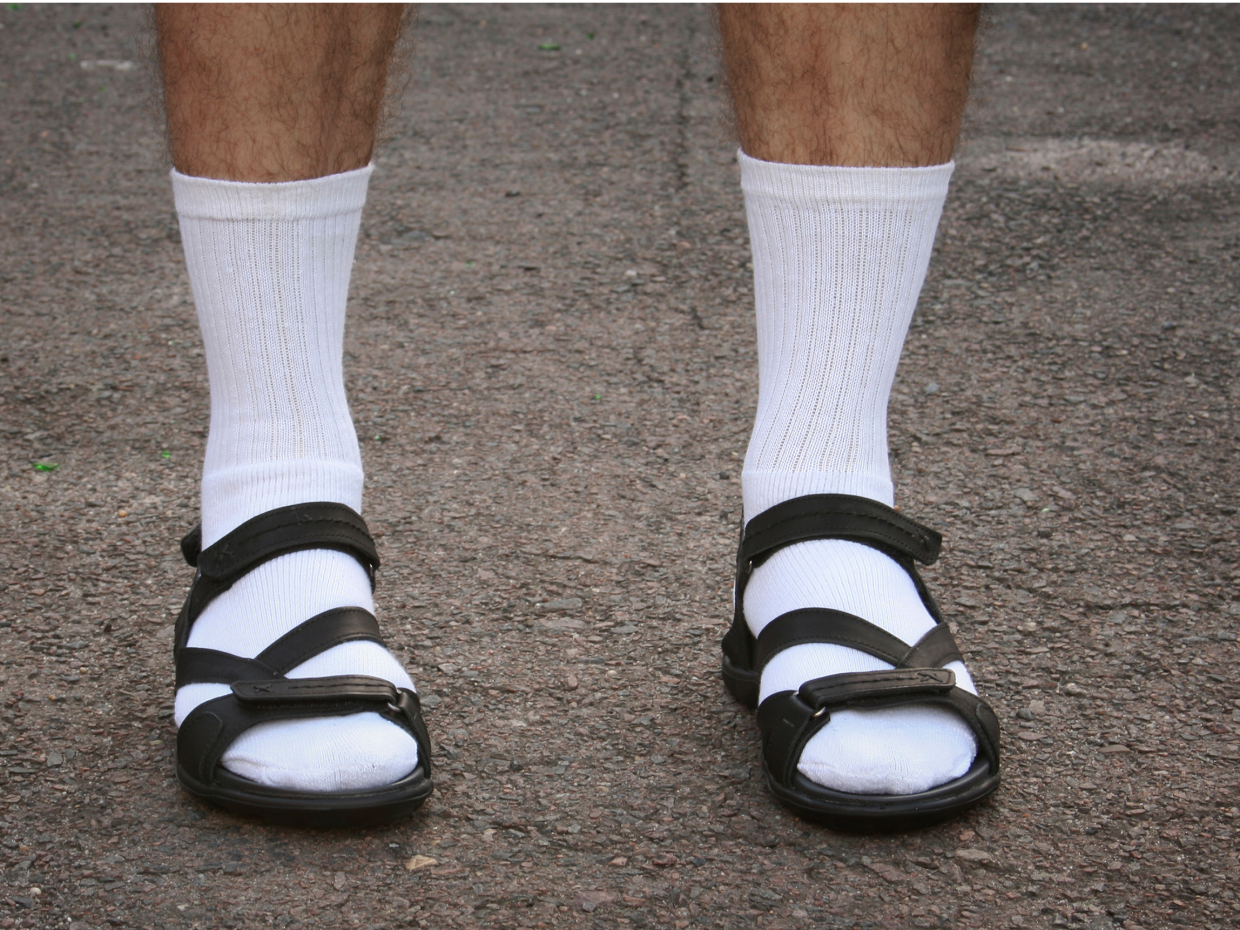 At the John Varvatos show, models did not wear grandpa socks with their sandals. But they were among the few.

This is a trend for spring 2017. It is not necessarily an awful trend. There is something comforting and proudly nerdish about walking around in black ankle socks and a pair of casual slides. There’s charm in brightly-striped socks matched with floral-print sandals.

But it is a trend.

I don't think I have a problem with him avoiding jail, and I think community service is quite appropriate for this situation. I'd really like it if he could do some work with accident victims, so he can see where his actions could have ended up.

The clincher was when the court hear the victim impact statement.

And FWIW, I would ordinarily cheerfully endorse the impoundment and destruction of the car, but in this case that seems redundant.

Also FWIW, I think that dangerous driving IS a problem, but I'm far more concerned with some asshat who's still driving after having his license suspended three times, or someone on their fifth DWI than I am with an otherwise law abiding driver who fucked up one time.  I think we would see a much better return on investment dealing with those.