Straight White Male: The Lowest Difficulty Setting There Is

Straight White Male: The Lowest Difficulty Setting There Is
Quote:

Dudes. Imagine life here in the US — or indeed, pretty much anywhere in the Western world — is a massive role playing game, like World of Warcraft except appallingly mundane, where most quests involve the acquisition of money, cell phones and donuts, although not always at the same time. Let’s call it The Real World. You have installed The Real World on your computer and are about to start playing, but first you go to the settings tab to bind your keys, fiddle with your defaults, and choose the difficulty setting for the game. Got it?

Okay: In the role playing game known as The Real World, “Straight White Male” is the lowest difficulty setting there is.

This means that the default behaviors for almost all the non-player characters in the game are easier on you than they would be otherwise. The default barriers for completions of quests are lower. Your leveling-up thresholds come more quickly. You automatically gain entry to some parts of the map that others have to work for. The game is easier to play, automatically, and when you need help, by default it’s easier to get.

As the game progresses, your goal is to gain points, apportion them wisely, and level up. If you start with fewer points and fewer of them in critical stat categories, or choose poorly regarding the skills you decide to level up on, then the game will still be difficult for you. But because you’re playing on the “Straight White Male” setting, gaining points and leveling up will still by default be easier, all other things being equal, than for another player using a higher difficulty setting.

Likewise, it’s certainly possible someone playing at a higher difficulty setting is progressing more quickly than you are, because they had more points initially given to them by the computer and/or their highest stats are wealth, intelligence and constitution and/or simply because they play the game better than you do. It doesn’t change the fact you are still playing on the lowest difficulty setting.

The language of white privilege learns to speak white geek. Next: sports metaphors.

What an amazing metaphor, I love it. Thanks Catchfire.

I love that LCK bit! "I'm not saying that white people are better. I'm saying thet being white is clearly better, right?"

No I didn't writer. Link please!

Yes Catchfire, yes! That line is so brilliant I use it in trainings.

My next fave: "If you're white and you don't admit that it's great, you're an asshole!"

Maysie, did you see the deconstruction of comics fans' critiques that inspired "the lowest setting"?

The 8 Stupidest Defenses Against Accusations of Sexism

Which is a response to comments about:

The 5 Most Ridiculously Sexist Superhero Costumes

If you think hot women have it easy because everyone wants to have sex at them, you're both wrong and also the reason you're wrong. Most people don't base their quality of life around how hard it is to get laid, because they actually do get laid, and it isn't that hard to do. Being a straight male is tremendous fun and sexuality's lowest difficulty setting: You know what you want and everyone else in your demographic will praise you for being able to do it. No one else on the spectrum of sexual orientation can say that. If women hate you for cursing about how stupid "bitches" are, it's not because you're the victim of an anti-male conspiracy: It's because you're you.

FFW am sharing it. wtg CF

maysie and writer t'anks for being who ya're. and the loverly 'words'.

Today I have learned more about RPG guys and the online comic-boy meme than I ever thought I would.

Thanks, gang. I think.

Here's an image I saw floating around FB. Finally it's appropriate to post it here.

Maysie, couldn't you have found better examples... Green Lantern and Black Bolt have always had way better butts than say Thor. Indeed, you can extend that to any male "superhero" with a cape... they are trying to hide a shortcoming. And you are missing why so many have full or partial masks...

How about aliens, can they be counted as Super Heroes.  And speaking of butts Dr. Frank-N-Furter is beef cake all the way. 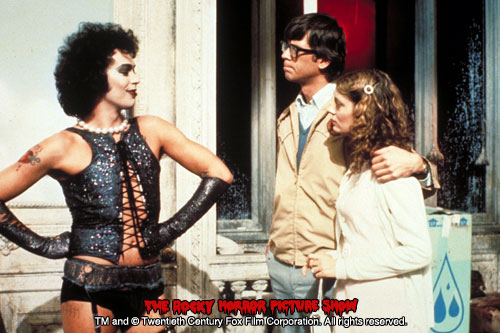 I love the gamer analogy it so fits.

bagkitty, unlike you I am no photoshop expert. I found the image. I posted it. If you want more beefcake make it yourself. I've done what I can.

And I thought the big green guy was the Hulk.

Also, it is important to pay attention to those pesky details. Yes, the Hulk's caboose is front and center, but those of all the other male characters in the illustration are also prominently displayed -- and since the Hulk doesn't wear a cape, he really wouldn't have worked as the best example for my shot at caped superheroes.

I guess Maysie still has more to learn, bagkitty.

Maybe. Or she might have been tired. We could experiment... catch her on a day when we know she is both well rested and not distracted then give her a "Where's Waldo" image and time her... What say we don white lab coats and chase her down?

Then again, this is probably not the best of threads for me to be indulging myself in frivolous banter with Maysie. I did appreciate the links you provided in post #5 -- and now I think the time has come for me to return to reading the posts in this thread, rather than derailing them.