Why he never has two cups of coffee at home -- it must be: 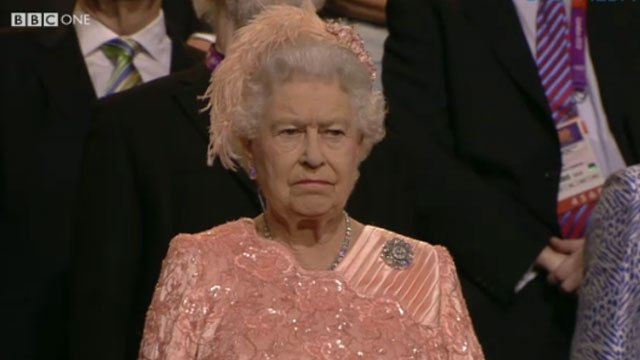 What were your favourite babble posts of 2012? Which posts made you laugh, made you cry, made you want to donate money to your favourite non-profit? Post them here, why don't you! Look through the archives in a fit of nostalgia to find those lovely gems.

[Oh, and keep this thread happy. No arguments, no passive-aggressive attacks, just a saccharine-level of holiday cheer. Tx.]

I'll be back in a bit to post some of my own favourites after I've done some digging, but don't be afraid to get us started! Great posts and great threads both equally qualify. Have at it.

Not laugh, not cry, not donate - but made me think a bit:

Proposing something and having it shot down by contradictory evidence, and subsequently accepting the revisions while moving on all the better for it is fundamental, no matter how difficult it sometimes is, because even recognizing the origins of a difficulty to accept contradictory arguments can be instructive.

As for Rabble, people have often stated how much they've acquired from the perspectives introduced on the board over the years, but not nearly as often as it goes without being said.  Sometimes there's a sense that people arrive to the board or to a discussion believing they know all thats required.  But its also a place that occasionally reveals its own internal contradictions, teachable moments of another sort as it were.

I'm glad you posted that, Unionist. I glanced at the HoF posts from this year (far too few! Criminal!) and saw that wonderful post from SJ, which neatly encapsulates what babble should and can be. I didn't want to post it, since you clearly had finder's rights, but I'm happy it's found its rightful place here.

Here's a few of my faves from the past year.

High-school cirriculumns are so crappy (we need to teach about residental schools), why do we ignore the actual history and people within the country?

NDPP on the NDP's non-response to the Quebec student strike, June 22:

But the people have been marching in the streets, pepper sprayed, beaten and arrested for well over 100 days - banging their pots and pans in harmony with a whole world similarly viciously attacked by ruling class fascists - and Quebecers are told not to expect their elected representatives to endanger ndp political chances?

Always the same excuses for cynical politrix and tactical cowardice. Let the strong, brave hearts of the people march on to victory. And never forget who stood and who stayed.

Ken Burch on the death of Alexander Cockburn, July 23:

A massive loss. I had the chance to see him speak in Olympia, Washington, last fall(he was doing a speaking tour)but passed it up due to a family engagement. If I'd known he was that sick, I'd have ditched the relatives and gone anyway.

Ken Burch on the death of Neil Armstrong, August 26:

Goodbye, Neil. Thanks for one of the last pure things the U.S. ever did.

Boom Boom on a photo of cop helmets layed out on the tables in a Ud'M classroom, August 28:

Get the fucking cops out of the school, then we'll talk.

Unionist on the defeat of Jean Charest and the Québec Liberals, September 4:

Since February, the Charest Liberals have pompously repeated that the tuition issue would be settled not by demonstrators, but by voters.

The students mobilized to get out the vote against Charest.

Tonight, the Liberals are gone. Charest is gone. And the students have won!

Ken Burch on the death of Raylene Rankin, October 1:

An amazing voice, silenced way too early. Cancer is such a total bastard of a disease.

So now it's official that the selection procedure consisted entirely of how fucking rocking Peter MacKay thought he would look in he cockpit.

Listening. Simply listening. And patience. Simply patience.
These are excellent and rewarding skills.

Left Turn, that is a super list! Thank you for compiling it (and for saving the best for last!)

I think hands down the best series of threads (best babble upgrade in 2012, getting rid of serieses of threads) was the Quebec Student Strike series. By a country mile the best Englisgh-language coverage in Canada (supplemented, of course, by babble's own Ethan Cox's excellent blog) See it here:

I would be remiss, if unnaturally modest, if I didn't post one of my favourite threads which I have been curating: Victorians are creepy.

Aack. Sadly, I am losing my internet connection so I'll need to continue this later. Hopefully I can still post this before it dies...

The last shall be first, and [url=http://rabble.ca/babble/babble-banter/worst]THE WORST[/url] shall be best.