An essential part to any nativity scene.

Quote:
A Caganer...is a figurine appearing in nativity scenes in Catalonia and neighbouring areas with Catalan culture such as Andorra, Valencia, Northern Catalonia (in southern France) and the Balearic Islands. It is most popular and widespread in these areas, but can also be found in other areas of Spain (Murcia), Portugal and southern Italy (Naples). The figure is depicted in the act of defecation.

Just another reason for homage to Catalonia.

By George, I think you've got it.

Quote:
It reads, as follows:

“Termination Date: You must move out of the rental unit identified above on or before 25/12/2011.”

I repeat: you must move out. I repeat: on or before Christmas Day. It cannot be any plainer. It is an eviction order. The weasel words on TCHC’s website are an attempt to say, “Oh, well, that’s not really what we mean.”

In what sort of Orwellian world would the public landlord, acting on our behalf, send a threat in plainest English, which we are then supposed to interpret as meaning something else?

Dickens would have drooled at the opportunity to cast Harper as Scrooge.

First Collector: At this festive time of year, Mr. Harper, it is more than usually desirable that we should make some slight provision for the poor and destitute.

Stephen Harper: Are there no prisons?

Speaking of Harper, Santa has a message for Steve:

I've spoken to the Godfather about your participation in these threads Boom Boom. Fred is sending someone to Kegaska to have a lttle chat with you.

I thought the vist would have a peel.

The tree is half decorated so far after nearly a week of looking at it standing there.  My only shopping to date consists of a quick trip to a novelty store, and the purchase of several mini-bongs for stocking stuffers.  The stockings have yet to be hung by the fireplace.  The weekend will need to be a do all or die trying blitz.  I'm figuring it'll be best to leave the trip to the liquor store for last.

It's one huge skating rink here - we've had a crazy week of warm weather (for December) followed by rain and extreme cold. Very, very dangerous to drive a wheeled vehicle, so I'm using my long-track skidoo instead of the truck to get around.

I'm really disappointed in the happy tone this thread has taken.

We're putting the tree up Saturday afternoon. The shopping is completed. We only need to hang the stockings with care. Having one child who still believes in Santa makes the season fun.

So, keeping with the thread theme, he'll find a piece of coal in his stocking?

We gave our sons coal a few years ago. It was coal shaped gum. You can buy the real stuff at our local science shop.

LOL! You have a good response to everything!

My youngest son want's a violin this year.  I thought why not?  He could learn as I read polling and leadership threads.

I actually have a soft spot for the Sky Digger's cover of Good King Wenceslas but I never fully understood why it was considered a traditional Christmas song other than it being in winter and about an act of Christian charity. Maybe the Feast of Stephen is around the solstice?

Anyway, I stumbled on to this very amusing reflection on the meaning, at a site called [b][i] Reflections on Ethics - The Universal Church Triumphant of the Apathetic Agnostic - "we don't know and we don't care"[/b][/i]:

Consider the poor man, the object of the king's charity. He shows up in front of the king's castle gathering winter fuel. What fuel is he gathering? Wood from the ground? Not likely - the snow covers the ground "deep and crisp and even." Perhaps he is gathering animal droppings for fuel - but dung must be dried to burn, fresh and frozen will not work. And he lives "right against the forest fence." All the fuel he needs is available right out his back door. So, why has he travelled three miles from his home to gather fuel? Either he is putting on a show hoping to attract the king's charity, or his act has been prearranged so the king can publicly put on an act of charity.

As for the king, what does he do? After identifying where the poor man was from, he calls for meat, wine, and logs. Logs! After seeing him gathering fuel, after learning he lives next to the forest, the king somehow decides pine logs are what the man needs. Surely, if the peasant is somehow not allowed to collect wood from the forest, the king has the power to authorize it. But no - he decides that carrying pine logs three miles would be of assistance. Then there's the meat. Again, the peasant lives next to the forest. Surely, game is readily available. If hunting is forbidden to peasants, a royal decree would solve that problem. But no - carry logs and meat three miles to a place that these things are easily obtainable. Then there's the wine. Perhaps it will dull the senses, but it does not alleviate poverty.

Really, if you truly wanted to help a poor man, you would take some effort to determine his needs. Perhaps clothing, money, or even changing the laws that keep him poor. But, apparently the king knows best - meat, logs, and wine, irrespective of actual need.

Now how does the king get the gifts to the peasant. Does he call him to the castle (he's right outside) and give them to him? No - he wants to see him dine. Then does he invite him into the castle and sit him down to a hearty meal? No - that would be too easy. He waits till the man is out of sight, and sets off with his page to make the delivery himself...

No one has mentioned mistletoe yet.

Slumberjack wrote:
My youngest son want's a violin this year.  I thought why not?  He could learn as I read polling and leadership threads.

The pain of one distracts from the pain of the other?

Boom Boom wrote:
No one has mentioned mistletoe yet

For the last time Boom Boom: This is the I HATE Christmas thread. What part of "hate" don't you understand?!?!? Sheesh. Take that happy crap elsewhere, dude.

Maysie wrote:
The pain of one distracts from the pain of the other?

Add in the sound of forehead knocking on keyboard and you see the kind of effect I'm reaching for.

Fuck Christmas. (I think the writer of that blog is my soulmate)

Now, THAT's what I'm talkin' about. 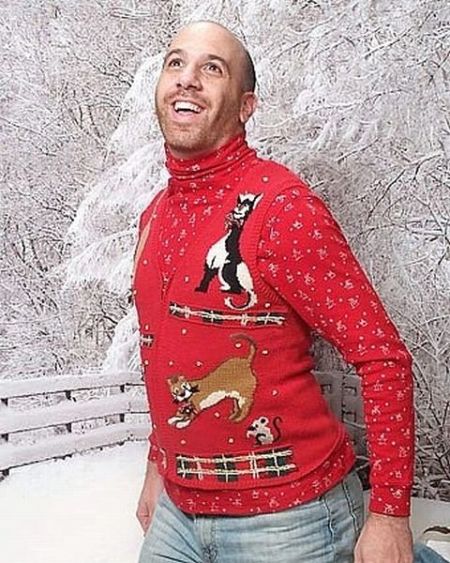 because the rightwing tried

To stop Our side

from pointing out the fact

The ONLY one claiming

Are the very same stooges

who own the news media

In which Christmas is sold cheap

And we're ALL sick of it

before Santa puts on his beard

and the reindeer fly!

Catchfire, I've called the Fashion Police, they're on their way to getcha. This would be the only time I'm pro-police brutality.

Catchfire, Maysie, you guys are too funny for words.

The feast of Stephen is cleberated on Dec 26 in the Western Church and december 27 in the Eastern Church.

As in Vancouver = Western and St. John's = Eastern?

Product of Trinity College, I see.

As much as I hate Christmas, I love this album:

I was listening to Dianna Krall's Christmas album in the car yesterday.

Nothing like a skatting Jingle Bells before playing street hockey with a bunch of 10-13 year olds. I'm sore today.

I've never liked Diana Krall. Can't stand Elvis Costello, either. I need the funk, or at least a beat.

Too late. Jingle Cats sing the most vile Xmas song EVER.

Try this one too. Xmas has gone to the dogs. Hee hee.

Merry Christmas to all!  May the peace, love, and tolerance taught by Jesus through his life be inspiration to everyone.

I normally don't steal from other posters, but:

I don't get it. Do Creationists believe ceratopsians lived 2000 years ago? And donkeys didn't?

Happy holidays, all, including those who hate them!

And just wait till 2016, when Hanukkah begins on Christmas Eve. Talk about culture clash.

People will be able to hate 2 festivals for the price of one.

I expect this is in order, since it is pissing on the plum pudding: