When I woke with the windows open and the moonlight on the roofs of the tall houses, it was there. I put my face away from the moonlight into the shadow but I could not sleep and lay awake thinking about it. We had both wakened twice in the night and my wife slept sweetly now with the moonlight on her face. I had to try to think it out and I was too stupid. Life had seemed so simple that morning when I had wakened and found the false spring…But Paris was a very old city and we were young and nothing was simple there, not even poverty, nor sudden money, nor the moonlight, nor right and wrong nor the breathing of someone who lay beside you in the moonlight

The legendary writer’s reporting from the Toronto Star archives, featuring historical annotations by William McGeary, a former editor who researched Hemingway’s columns extensively for the newspaper, along with new insight and analysis from the Star’s team of Hemingway experts.

The FBI Wiretapped him and contributed to his suicide

On the fiftieth anniversary of the death by suicide of author Ernest Hemingway, his friend and biographer A. E. Hotchner writes in the NY Times that the man who 'had stood his ground against charging water buffaloes, who had flown missions over Germany, who had refused to accept the prevailing style of writing but, enduring rejection and poverty, had insisted on writing in his own unique way, this man, my deepest friend, was afraid — afraid that the FBI was after him, that his body was disintegrating, that his friends had turned on him, that living was no longer an option.' In the midst of depression and under treatment at St. Mary's Hospital in Rochester, Minnesota, Hemingway was convinced that his room was bugged, his phone was tapped, and suspected that one of the interns was a fed. Decades later, in response to a Freedom of Information petition, the FBI released its Hemingway file. It revealed that beginning in the 1940s J. Edgar Hoover had placed Hemingway under surveillance because he was suspicious of Ernest's activities in Cuba. The surveillance continued all through his confinement at St. Mary's Hospital, making it likely that the phone outside his room was tapped after all. 'In the years since, I have tried to reconcile Ernest's fear of the FBI, which I regretfully misjudged, with the reality of the FBI file,' writes Hotchner, author of Papa Hemingway and Hemingway and His World. 'I now believe he truly sensed the surveillance, and that it substantially contributed to his anguish and his suicide.' 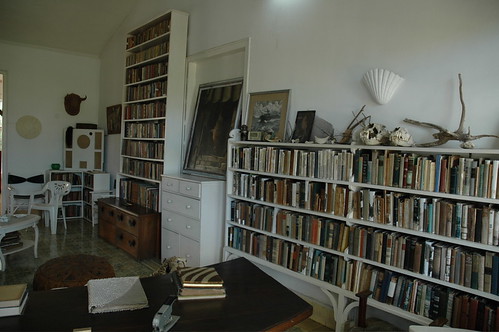 In an interview in The Paris Review in 1958 Ernest Hemingway made an admission that has inspired frustrated novelists ever since: The final words of “A Farewell to Arms,” his wartime masterpiece, were rewritten “39 times before I was satisfied.”

Those endings have become part of literary lore, but they have never been published together in their entirety, according to his longtime publisher, Scribner.

A new edition of “A Farewell to Arms,” which was originally published in 1929, will be released next week, including all the alternate endings, along with early drafts of other passages in the book.

The new edition is the result of an agreement between Hemingway’s estate and Scribner, now an imprint of Simon & Schuster.

It is also an attempt to redirect some of the attention paid in recent years to Hemingway’s swashbuckling, hard-drinking image — through fictional depictions in the best-selling novel “The Paris Wife” and the Woody Allen film “Midnight in Paris,” for instance — back to his sizable body of work.

In early editions, the words "shit", "fuck", and "cocksucker" were replaced with dashes ("----").[6] There are at least two copies of the first edition in which Hemingway re-inserted the censored text by hand, so as to provide a corrected text. One of these copies was presented to Maurice Coindreau; the other, to James Joyce.[6] Hemingway's corrected text has not been incorporated into modern published editions of the novel.

Interesting that we still read paeans to The Great War and how, for example, it was the venue for Canada's coming of age, but we cannot yet read the words Hemingway wrote as dialogue for people who lived and fought in that war.