Who can forget this gem:

Both those clips were splendid - the political one and the funny one on wastrel youff.

Who can forget this gem:

Ghost Town is another brilliant choice. Thanks bekayne.

Ghost Town is another brilliant choice. Thanks bekayne. I read about this. In many ways, Pawley was a victim of circumstance, as he happened to be an NDP Premier at a time of generally bad economic times. Whatever the problems for the Manitoba economy, Manitobans who were either gay or francophone saw their rights move forward under Pawley's watch.

Raven Thundersky,  who spent years fighting for medical screening for a rare cancer and against the deadly asbestos insulation used on many reserve homes has died, at 50 years of age.  Despite her worsening health, she was also active in the MMIW movement; her sister Barbara Kean was found beaten to death in the early 1980s. 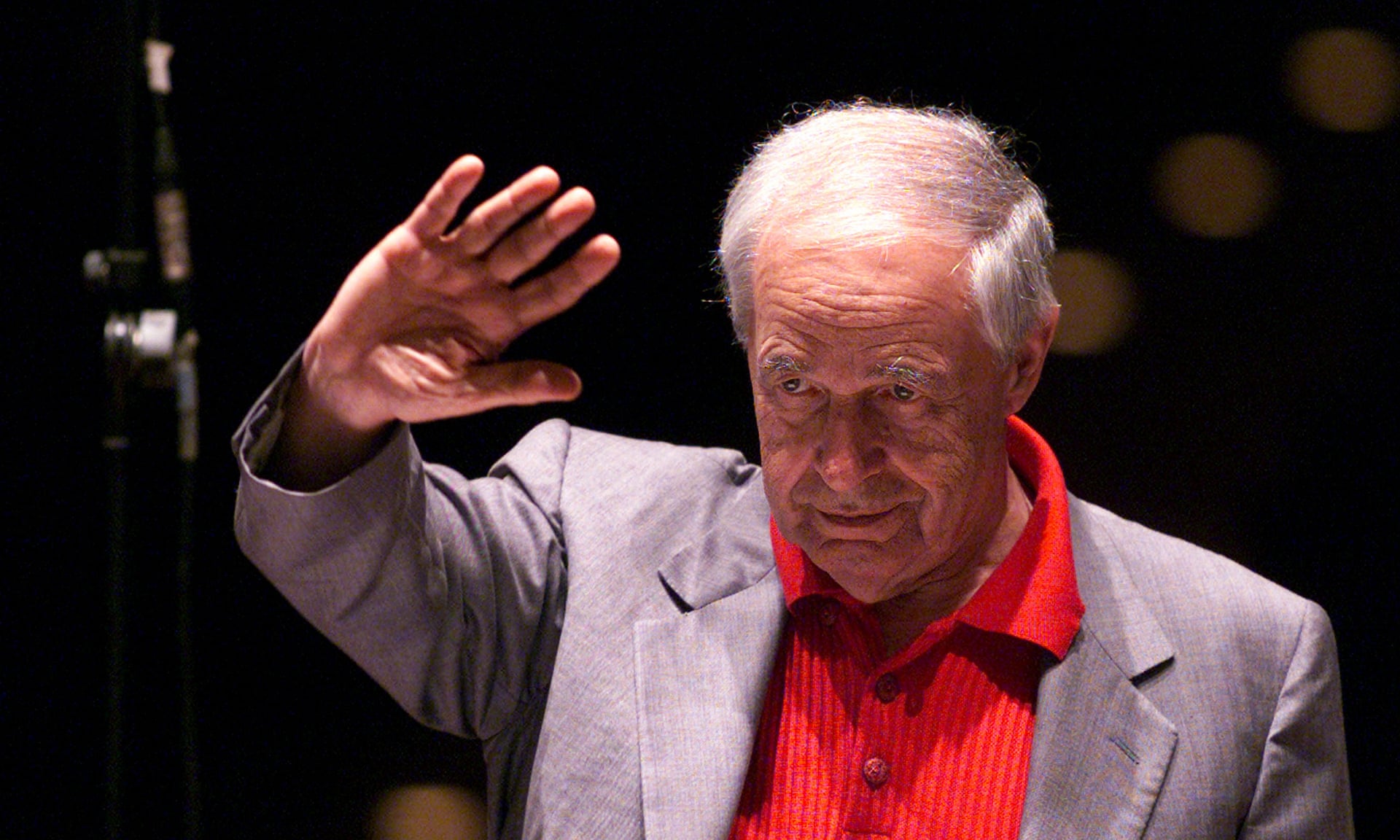 I remember how important he was for a gay male friend his age, when said friend was very young (and had been kicked out of the family home in the Eastern Townships by his dad, at 16). Rebel, rebel!

Back in the Seventies, I saw Brian Bedford in a San Francisco production of the comedy DEATHTRAP, by Ira Levin.  It was a hysterically funny performance.  Sad that he's gone.

Oh, and fuck you, cancer.  What did we ever do to YOU?

Wendy Bergerud ("Stunned Wind") is dead, and I am in mourning.

We politely, sometimes passionately, debated the merits of STV and MMP on babble. But if Wendy was sometimes passionate, she was always logical, as a statistician should be. As Star Trek fans, we both admired a logical mind. And we both agreed that few PR models achieve Borg standards (the quest for perfection).

I helped persuade her to stand for FVC National Council in March 2006.

“I’m 52 and also can’t quite figure out how that number got so big! I’m surprised at how many live here in Victoria. I’ve got an almost 19 year old son in second year Engineering at UVic and a 14 year old daughter. I got a BSc in Physics back in 1975 and a MMath from Waterloo in 1985 (I admit that I think Ontario was a nice place to visit, but, why live there?). Been a civil servant since 1975.

“I am as cynical as the next person about politics but one day I read in my local paper about something called a citizens’ assembly on electoral reform. Sounded cool. The next day I got a letter inviting me to join! Wow! So, I did and now I’m hooked on electoral reform (as Wilf can attest!). I’m fascinated that Ontario is doing the same thing and will be watching from afar.

“I used to be into genealogy and discovered that I have UEL ancestors who started Port Ryerse, Ontario. Still haven’t gotten there for a visit! Not descended from Egerton Ryerson but he was an ancestor’s cousin.

“I’ve always loved science fiction and watched the original Star Trek (and Time Tunnel!) when it was first aired (true, I was 12 at the time). Now my son and I are hooked on BattleStar Galactica – much more complex than the original series – I like the ‘confusion’ between ‘good and evil’. I’m pleased that people have finally figured out how to film science fiction instead of making horror movies and calling it science fiction. I credit Star Wars with starting that.”

From 2006 to 2012 she was a very valuable member of FVC National Council, re-elected in 2009, and we continued to debate MMP and STV. We agreed on lots of things, and disagreed on lots of things. I loved our debates. She said she valued them too. She said we were both stubborn. Who am I to disagree? She said our friendship and mutual respect were important to her. To me, too.

She decided to step down in 2012, but her health was fine, and I was so pleased when she decided to come back in 2015. She was elected handily. In fact she defeated incumbent Ryan Campbell, and defeated our star recruit Gary Shaul (who quickly came on anyway after a resignation).

Her last Babble post was Jun 18, 2015: “Actually, there was no gag law in the 2009 referendum either. The NDP actually lied about this.  It was all just a ploy to make sure that candidates wouldn't talk about it so that voters wouldn't know what the referendum was about.  The BC Liberals did the same thing.  Not knowing much, the safer course is usually to not support change, which is what the voters did.”

Since Wendy was an NDP member at times, you can see her first loyalty was to the truth, not to any party.

Sadly, Wendy’s time back on FVC Council was marred by cancer. Typically, she had not been complaining, but then last Oct. 23 she told us her breast cancer had metasized into her femur.

She kept working, glued to her keyboard in or out of hospital, as late as Feb. 28. She died at home March 8.

I'm so very sorry to hear that a Babble commrade has passed on and so young at that. Wilf, that is a beautiful triubte and I send you my condolences - you and Wendy have quite the history in and out of Babble.

Keith Emerson, the keyboardist in Emerson, Lake, and Palmer...an apparent suicide at age 71:

"My mother's life touched tens of millions of people. Her ground breaking portrayal of iconic American legend Helen Keller, launched a career that would span six decades," Sean wrote of the crowd-funded project. "First on broadway and then on the silver screen, Patty Duke's characterization of the extraordinary development of the blind/deaf child brought global attention to the plight of people living with those challenges.

"The nature of this kind of illuminating and compassionate work become the sacred mission of her life," he continued. "She became a voice for the voiceless, a reassuring presence for the scared, the intimidated and the lost. She was a healer of many souls and a champion for so many in need." 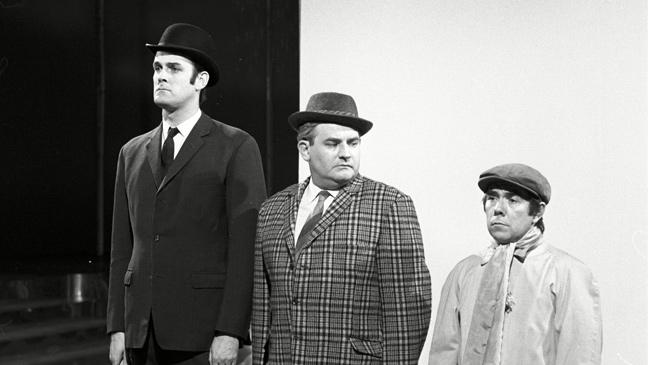 "I know my place"

I was dreamin when I wrote this

Quote:
Looks like there's better music in Paradise than here on Earth ! Hold on, I'm coming !

Didn't pay this much mind until they mentioned on CBC news she had been blacklisted, and was later active in the feminist movement:

In the 1950s, Ms. Sherwood was blacklisted for suspected Communist sympathies (around the time of her appearance in “The Crucible,” Arthur Miller’s allegory about McCarthyism), and in the 1960s she was an impassioned — and imprisoned — advocate for civil rights.

Madeleine Louise Helene Thornton was born in Montreal on Nov. 13, 1922, to Laurence Thornton and the former Yvonne Villard. The granddaughter of McGill University’s dean of dentistry, she first appeared in a church Passion play when she was 4 and was later cast in Canadian television dramas and soap operas. She attended the Yale School of Drama.

Interviewed on a 2003 PBS “American Masters” documentary, Ms. Sherwood was asked whether she would have testified if she had been summoned.

“I think I was not well known or important enough, but people have said to me, ‘What would you have done if you had been called up?’” she said. “I don’t know. I don’t think anybody knows what they would do if they were not in that position.

“It’s all very well to say of Kazan, Why give him a lifetime achievement award? But the name of this documentary is ‘Not Without Sin.’ You have to look inside and question yourself. And it’s not easy to do.”

My brother and I stand like the fences
of abandoned farms, changed times
too loosely webbed against
deicide homicide
A really powerful blow
would bring us down like scarecrows.
Nature, knowing this, finding us mildly useful
indulging also
her backhanded love of freakishness
allows us to stand.

Michael Ratner, one of America’s great human rights crusaders and constitutional lawyers whose lifetime of activism began in 1960s protests, died Wednesday of complications from cancer. He was 72.

A great loss. Michael Ratner walked the walk on civil liberties in an era deeply hostile to those things.

Quote:
One of the founders of the National Farmers Union has died at the age of 92.

Roy Atkinson, born on the family homestead in Springwater, Sask., started out as president of the Saskatchewan Farmers Union in 1962 and was instrumental in creating the national organization seven years later.

He served as president of the NFU — the most militant agricultural organization of its time — until 1978...

He grew up in the Depression in a family where politics and farming were discussed over the dinner table.

"It always seemed strange to me that farmers were going bankrupt while other businesses were growing," he said in a 1977 interview. "I guess I had to find out why.

"The other thing was coming to realize that workers had to organize in order to earn a decent living, to get decent wages."...

He was a board member of Federated Co-operatives Limited and was a "grassroots general" in Saskatchewan's fight for universal medicare, serving on the Community Health Services Association formed in opposition to the 1962 doctors strike.

Roy Atkinson was one of my heroes. I might not have heard this news if you hadn't posted it, quizzical. R.I.P.

yw, unionist mom asked me too. i'd never heard of him or the NFU.

He was a very important figure and not nearly as well-known as he should have been. Hey, young (and not so young) social historians! You can do a lot to right this shameful oversight.

yw, unionist mom asked me too. i'd never heard of him or the NFU.

Please "remind" your mom she is still loved and missed around these parts!

Oh wow, so many memories... 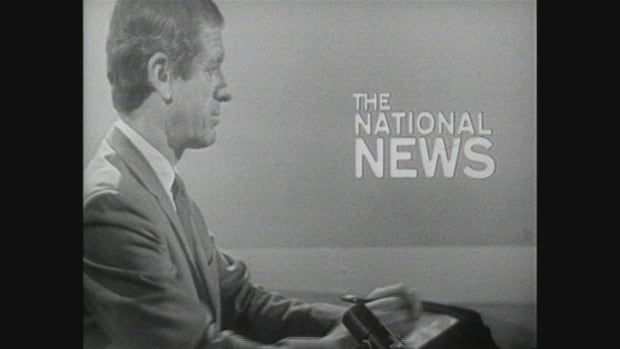 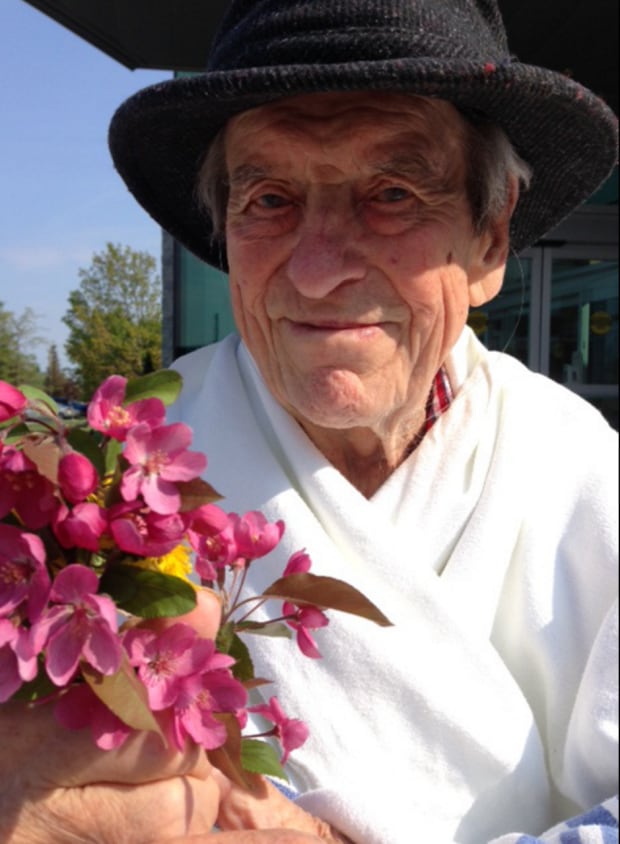 This picture of her from the link is amazing: 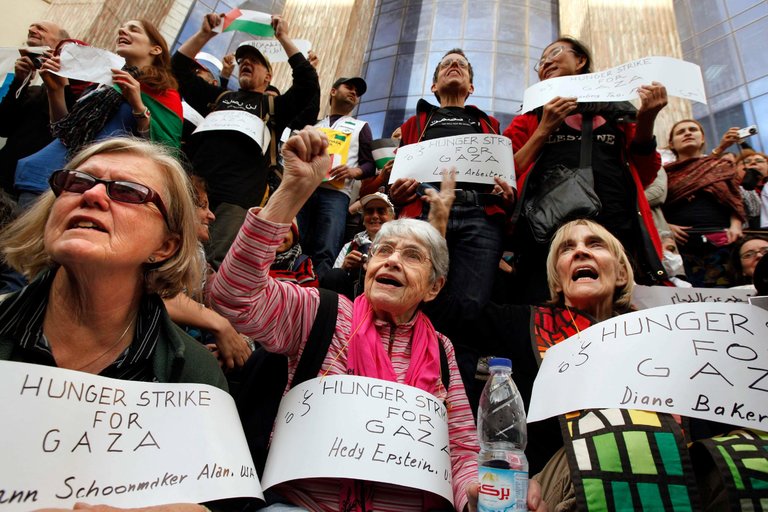 Wolfe was well-known, but his experience is the same as many in jail. It is especially a tragic when one considers that he was on the road to turning things around when he lost it and attacked the couple who was helping him go straight.

Muhammad Ali, 'The Greatest of All Time', Dead at 74

Renzo has died at 20 years and three months. That makes him about a centenarian in human terms. I like seeing him on forums just after Muhammad Ali, as Renzo was also black and very handsome, and a very skilled hunter in his day, who leapt to the top of an extremely tall bookcase from my workdesk, with a smidgen of headspace above.

Like most extremely elderly cats, Renzo had kidney failure, which suddenly became acute for no apparent reason. I had made an appointment for him to have "assisted death", but after petting him and cleaning him with a little washcloth, I went off from my work to do some shopping. At some point he had stopped breathing. He had just fallen asleep, and faded away.The two nights before, I took him to bed and we cuddled for hours and he purred and licked me. Renzo had always been a svelte Siamesish cat, but he was terribly thin.

I want to die myself, but rest assured that I have no concrete plans to that effect. I have too many things to get done.

..so so sorry lagatta. seems like just a short while ago i wished him a happy b-day.

Yes, that was three months ago and he was doing fine. Slowed down a bit but the only sign of kidney failure was that he peed more, so I changed his box twice a day, morning and evening. He did a sit-in if he thought it was dirty, and I could scarcely object to that behaviour!

Elderly cats, and humans in Québec longterm care facilities, have a right to dignity!