So the Liberals won't even have a candidate in that riding now.  Interesting.

Couldn't this have as easily gone in the Federal Election 2021 thread? Or the 'Another day another Liberal Scandal' thread you opened just the other day? But now we have this 'Liberal Bombshell' thread also. Do you really need so many Mr Mainstream?

So the Liberals won't even have a candidate in that riding now.  Interesting.

Extremely interesting. The Libs got 36.7% last election and the Green's came second with 26% the Cons with 23.9% and the NDP a distant fourth at 11.3%. If the Green's had not discombobulated this might have been a riding they would have won.

Does anyone know when ballots are printed?  Is it too late to remove Saini's name?

The NDP therefore is in very good shape in KC altohough the Greens took second place there with 25% in '19, they have clearly faded.

Dartmouth May also be in play for the NDP with the Con candidate withdrawing.

It seems that this riding will be decided by Liberal voters getting to show whether they are red or blue liberals. Will the fact that the NDP candidate is from a Palestinian Canadian family become a factor? The personal popularity of Mike Morrice took the Greens from 3% in 2015 to nearly 26%. He has credibility on the environment as a green entrepreneurial advisor. That might be appealing to Liberal voter's who are adrift and hate the NDP. The Conservative vote last time was at a historic low compared to over 40% when they won the riding in past elections. This is definitely a riding to watch. If Mike pulls it off we are looking at the next leader of the Green party.

It would seem that the NDP candidate is running on affordable housing as her major plank early on but then both the Conservative candidate and the Green candidate are on leave as Board of Directors of Kitchener Housing Inc.

Incorporated in 1986, KHI (sponsored by the City of Kitchener) had the objectives to purchase, construct, own, manage and maintain housing for low and moderate income individuals and families within the community.

Twenty-five years later, we, along with Kitchener Non-Profit Property Management Inc., have grown to own and operate more than 750 units, be they apartments or townhouses.

We are managed by a Board of Directors — The Board shall be composed of a minimum of nine (9) and a maximum of twelve (12) Directors with the skills as identified by the Board. Board Members are volunteers with expertise in the housing sector and live or work in Kitchener.

Does anyone know when ballots are printed?  Is it too late to remove Saini's name?

According to an article on the CBC, Saini will still be listed on the ballot.

What if Saini gets the most votes? That would be in-Saini!

Thanks Douglas.  I missed it.  And lol JKR.

Not again. Another day, another investigation. 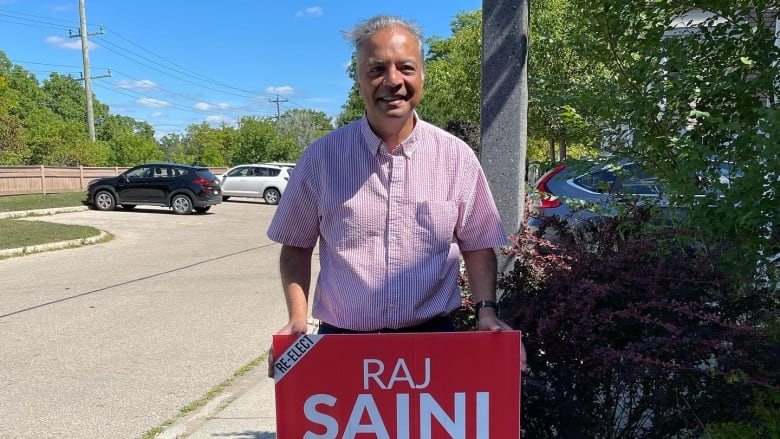 Liberal candidate Raj Saini was campaigning to be re-elected for the third time in Kitchener Centre. (Facebook/Raj Saini)

The most senior official in the House of Commons has agreed to launch a review into whether there were issues with the government's handling of former Liberal candidate Raj Saini's case, according to a new letter obtained by CBC News

Saini ended his bid for re-election on Saturday after a series of allegations of unwanted sexual advances and inappropriate comments were made public. Saini denies the allegations as "unequivocally false" and said a workplace assessment by a third-party cleared him of any harassment in the summer of 2020.

Trudeau stood behind Saini for days, as well as the government's "rigorous" process before reversing course this weekend. Trudeau said on Sunday there were new allegations that came forward and Saini will no longer be running under the Liberal banner.