America Now Censors As Much As China Online - Does Canada Do The Same? | rabble.ca

America Now Censors As Much As China Online - Does Canada Do The Same?

America Now Censors As Much As China Online - Does Canada Do The Same?

I just read the below at another law forum and was wondering if the Canadian government does the same thing?  If they did, how would we be able to know or find out?

American leaders are always wagging fingers at China, trashing them for the very same things they do themselves (like prison factories, torture of political prisoners etc.) It's time people know that the American government deletes hundreds of web sites and threads every year, or otherwise "redirects" any negative links that exposes government corruption or war crimes. Here's a sampling of what has been deleted that I became aware of... (Less than 10% of Americans know about these "inconvenient truths")

* What really happened with the WTC7 building on 911 and why...BBC Foreknowledge of 9/11 Collapse of WTC Building Seven: British Man Won Law Suit against BBC for 9/11 Cover Up | Global Research - Centre for Research on Globalization

* War crimes committed by American soldiers some of which Bradley Manning exposed with that "Collateral Murder" video and the chemical weapons used to kill 2,000 women and children in Fallujah, Iraq in 2007. (See the documentary "Fallujah Massacre" that was never reported to the American people. https://en.wikipedia.org/wiki/Falluj...idden_Massacre

* That CNN was caught fabricating news for the U.S. government: CNN Caught Faking War Footage AGAIN, This Time in Syria

* That America has tortured over 800 American citizens on U.S. soil for being whistle-blowers or dissidents https://afewthoughtsfrombruce.wordpr...shameful-fact/

* That over 30 links about Snowden's most damning revelations were deleted by Uncle Sam. https://afewthoughtsfrombruce.wordpr...usins-nsa-dhs/

* Another 10 threads exposing how a confession was coerced from Bradley Manning using psychological torture were also deleted.

* How books and book manuscripts are seized by U.S. thug agents to keep government crimes like massive drug smuggling from being exposed. http://www.worldlawdirect.com/forum/...-jeb-bush.html

* How America tried to lock away an Army colonel in a nut house after he tried to confirm allegations of Harvard Law Professor Leonard Horowitz that the U.S. Army created the HIV virus at Fort Dietrich, Maryland during the Vietnam War as a weaoponized virus that took too long to kill people, so they abandoned the project.

* This is a sample of how Team Bush deals with Jeb's money laundering history: Part 2 Of Open Letter To Donald Trump About Jeb Bush's Drug Dealer Connections | Open Letter

* Even a YALE white paper on censorship had it's incredible infographics "redirected" to oblivion since it was such a detailed and credible work of research that could not be denied: Censorship in the Digital Age

* Former Bush Treasury Secretary admitted in his book "The Price of Loyalty" that Bush had his mind on invading Iraq less than two weeks after being elected - over 18 months before 911 took place - to grab their trillion dollar oil reserves and for no other reason.

* Also censored were the many times George W. Bush was publicly exposed as a war criminal and a liar - 935 times. Now that he is gone these links are no longer being fudged. 935 Lies (and Counting): Study Documents Bush Admin’s False Statements Preceding Iraq War | Democracy Now!

* Click on this link and look where it takes you! http://www.opnlttr.com/letter/donald...rto-duque-raul Before it was "redirected" by "Team Bush" it exposed Jeb's drug deals with Colombian Alberto Duque and Mexican Raul Salinas. But this one still remains so check it out quick before it also disappears: http://meetthecriminaljebbush.wordpress.com and find a big surprise at the bottom of the post.

* Our illegal drone missions have killed over 300 innocent children by mistake and only 34 "suspected terrorists" who may in fact only be angry family members of the those children killed seeking revenge against the American "terrorists" who killed them! Would we not do the same if we came home from work and found our home in rubble and our kids being eaten by stray dogs and our spouse looking like charcoal? The "terrorist" label is getting old don't you think? OBAMA'S DRONES KILLING WOMEN AND CHILDREN and also List of children killed by drone strikes in Pakistan and Yemen | Drones Watch

* I learned that America trained and funded Osama Bin Laden for 15 years and his relatives were business partners with father Bush, just as was Saddam Hussein in joint ventures with Harken and Texaco Oil in the black see that earned over $400 million for the Bush family. He deliberately was not tried in America or allowed to testify in Iraq or we would have learned about all this: America’s Complicity in Saddam’s Crimes | The Nation

* Here is one Bush link that has not been deleted yet. It is only a matter of time. http://meetthecriminaljebbush.wordpress.com 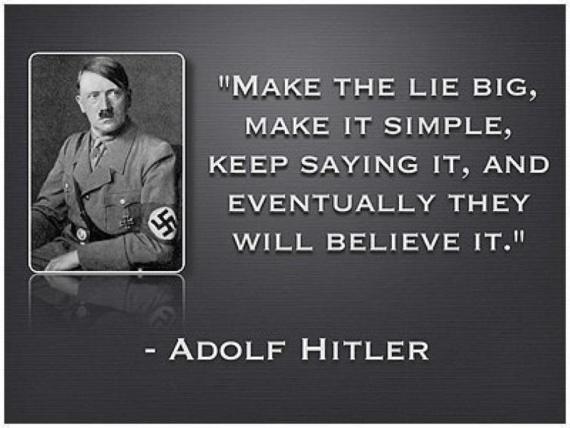 All this and yet Obama and Kerry and all the old Bush gang have the balls to criticize China and other countries?!? In 5,000 years China has invade 4 countries and then left them intact. In less than 300 years Americans have invade 39 countries and kept troops in 27 of them! They have totally destroyed Iraq where over 100,000 innocent women, children, and elders were killed with "smart bombs" - all the time ignoring and lying to the United Nations and its own allies. Censorship using "embedded" reporters was the key to keeping us all "dumb and ignorant" as Cheney once said himself.

Friends, these criminals on Wall Street and in Washington treat us like mushrooms - keeping us in the dark and only feeding us BS "news" that is convenient for them. If you really care about the future of America, here is what every real democratic patriot needs to read, and soon, before Bernie Sanders also suddenly dies of a fake (induced) heart attack.

The American government has been hijacked by criminals who use the Wall Street banksters to launder their monies http://americanfinancialgroupfraud.wordpress.com

As former President Jimmy Carter himself said... "America is n longer a Democracy but an plutocracy". Those who threaten to expose the reality are and have been murdered like Barry Seal, George Morales, Johnny Molina, FBI informant Alain Chalem, FBI Supervisor Ted Gunderson, etc. And the Bush family actually boasted about "making an example out of three of these murder victims". They have locked away many witnesses of their crimes in prisons for years on fabricated charges and even bribed former Canadian PM Stephen Harper to authorize a fake extradition of a former federal agent who wrote a 839 book about government corruption in America (Bruce Gorcyca). Those whistle blowers that escape murder and hide in foreign countries get smeared all over the internet so they will not be believed. Snowden is stuck in Russia, Julian Assange in the U.K. and Gorcyca in China. They can only tell the truth from the safety of foreign countries. This speaks volumes about the great "American Democracy" eh?

BTW... I used to be a proud American citizen before George W. Bush was appointed U.S. President by the U.S. Supreme Court. I now prefer to live in Canada until "We The Sheeple" have the courage to return to "We The People". For saying these same things in America I was relentless persecuted and threatened. I miss the America I grew up in and curse the greedy asshol*s who have subverted our great nation. There is no statute of limitation for murder... http://norealmystery.wordpress.com and Why Does George W. Bush Fly in Drug Smuggler Barry Seal's Airplane?Not Today