Here are some juicy tidbits from the Hamas Charter where the discuss the status of women and casually mention that Freemasons and Rotary Clubs are zionist front organizations (in later passages they claim that the Lion's Club and Kiwanis are also part of the conspiracy)- enjoy...

"The Muslim women have a no lesser role than that of men in the war of liberation; they manufacture men and play a great role in guiding and educating the [new] generation. The enemies have understood that role, therefore they realize that if they can guide and educate [the Muslim women] in a way that would distance them from Islam, they would have won that war. Therefore, you can see them making consistent efforts [in that direction] by way of publicity and movies, curricula of education and culture, using as their intermediaries their craftsmen who are part of the various Zionist Organizations which take on all sorts of names and shapes such as: the Freemasons, Rotary Clubs, gangs of spies and the like. All of them are nests of saboteurs and sabotage. Those Zionist organizations control vast material resources, which enable them to fulfill their mission amidst societies, with a view of implementing Zionist goals and sowing the concepts that can be of use to the enemy. Those organizations operate [in a situation] where Islam is absent from the arena and alienated from its people. Thus, the Muslims must fulfill their duty in confronting the schemes of those saboteurs. When Islam will retake possession of [the means to] guide the life [of the Muslims], it will wipe out those organizations which are the enemy of humanity and Islam."

So what? That is what is says there. I don't support any of the charter, except the basic right of Palestinians to resist occupation.

My point is that you repeat the slander that Hamas argues for a Saudi Arabian style state with no other ethnicities. This is just slander. It doesn't say that. It says the exact opposite. But you will cherry pick the worst parts, and decontextualize them so you demonize the organization and its supporters.

I never said that they want a Saudi Arabian style state. I simply said that since Saudi Arabia is one of the only other examples of an Islamic state in the world - it gives a hint of what Hamas might have in mind.

Aand I'm particularly outraged by how they slander the Rotary Club and the Lion's Club. What bigotted hatred from these people. How dare they!!!

By the way in another amusing passage in the charter they claim that Zionists were responsible for the French and Russian revolutions....if only it were so!

Thanks for proving the point I made to Citzen_H earlier, that the advantage of slander by "free association". When it is proved that you have no basis for making the association, you can always say "I never said that".

Yeah, there is a lot of ignorance in the document, to be sure. But no where does it call for the expulsion of all Jews just because they are Jews. It says that the only way that Muslims, Jews and Gentiles can get along is under the management of a Muslim state. No Palestinian organization of any weight in Palestinian society has ever argued for the expulsion of Jews, just because they are Jews.

That is a myth.

"slander by free association" by jove, you've invented a whole new concept. Why don't you write a formal definition of it and send it to the Oxford English Dictionary and see if they include in their next edition!

I support free association as a rule - but apparently Hamas doesn't want people to join the Rotary Club or the Lion's Club!!

Diversionary nonsense. Soon we'll be arguing about whether the CJC and Bernie Farber love or hate gays. This is about Libby Davies and the vicious attacks on her from various quarters - in this case, the CIC. Michelle's point was merely that there are many self-styled Israel supporters who are making misogynist and homophobic posts, and that is consonant with the CIC's "mouthy lesbian" slip-up.

Here are more examples of homophobic and misogynist hate from supposedly enlightened and gay-loving Israel supporters.  I think the Canada-Israel Committee should have considered leaving their post about Libby intact - they were representing their constituency well, judging from the hate they're spewing on her Facebook wall and twitter!

What evidence is there that supporters of Israel are particularly homophobic and misogynist?

The attacks against Libby are unfair.

The idea that supporters of Israel are particularly homophobic and misogynist also seems unfair.

Well, pointing out tweets like this is a valid thing, considering that one of the main lines of "hasbara" these days has been to prattle on endlessly about how "gay-friendly" Israel supposedly is, as if(even assuming it was the case)that justified the Occupation, Operation Cast Lead, AND the Siege of Gaza.

You'd think Palestinians were demanding self-determination because they were obsessed with persecuting gays, rather than simply wanting it for the same reason anyone else would: because EVERYONE wants self-determination.

I'm not sure that their is much validity in these tweets.

Are these tweets in an any way representative of Israeli supporters?

The attacks against Libby are unfair.

The idea that supporters of Israel are particularly homophobic and misogynist also seems unfair.

Actually the evidence, in Canada at least, is pretty damning in this regard.

Both of the major pro-Israel lobby organizations in Canada have had homophobic scandals tied directly to queer politicians or political groups expressing solidarity with Palestinians.

Now we have the Canada-Israel committee making homophobic slurs against Libby Davies.

(And we saw the homophobes come out of the woodwork on babble when the QuAIA issue became mainstream news.)

If this keeps up, a connection is going to be made in the public mind (pink-washing/hasbara notwithstanding): supporter of Israel = homophobe.

My mistake.  Though, if we add the CJC and the Toronto Star homphobic panic, that means all three mainstream pro-Israel lobby groups (CIC, CJC, and B'nai Brith) have a track record of homophobia.

On B'nai Brith and homophobia, from [url=http://queersagainstapartheid.org/gayisrael/]QuAiA[/url]:

We hear, “You can’t be gay in Palestine!” Yet B’nai Brith Canada has closely aligned itself with homophobic Christian fundamentalist leaders Charles McVety and John Hagee. According to Dr. Stephen Scheinberg, former chair of B’nai Brith’s League for Human Rights, the organization actively decided not to support extending protection from hate speech to gays and lesbians in order not to offend its evangelical Christian allies.

The same link has more on homophobia in the CJC.

It would be great if Israel and Hamas and Fatah all had a bidding war whereby they all try to win over public opinion in the west by showing how gay positive they are. Hamas should get in the act and start "pinkwashing" the Gaza strip and hold a gay pride parade just to show the world how tolerant they are. It would be a great propaganda victory against Israel and would help stop Israel from being able to play the gay card.

Maybe Gaza City should bid to host World Pride 2011 and it would be a great way to showcase what a tolerant, gay-positive place a Hamas-ruled islamic republic of Palestine would be!!

Yep, and as soon as there is a way without having to land in Israel to get there by air I am sure it can be arranged.

Maybe Gaza City should bid to host World Pride 2011 and it would be a great way to showcase what a tolerant, gay-positive place a Hamas-ruled islamic republic of Palestine would be!!

My guess is that the people of Gaza might be a little too preoccupied with avoiding starving to death to put on an international festival of any sort.

And if I were a moderator I would surely end this thread by quoting this piece of boundless optimism:

Yep, and as soon as there is a way without having to land in Israel to get there by air I am sure it can be arranged.

And "Good Night Mrs. Calabash, wherever you are" 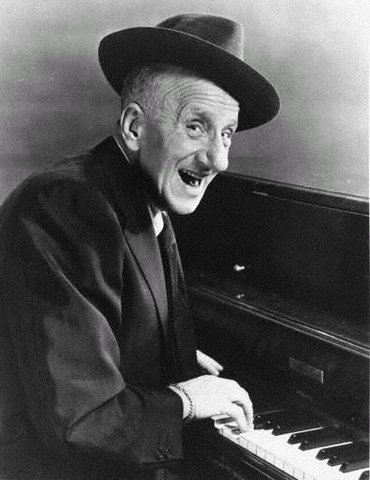