Yes, the global mean girls turned on Justin Trudeau. But don’t they always?

These stats are horrific

When it comes to systemic racism, history belies your words, Mr. Legault

Good riddance to you Gilles Duceppe and to your racist tactics

We’ve never had any leader treat our needs with that level of respect, much less risk their reputation for us. And there’s not enough Budget 2020 money that can overcome that impression. 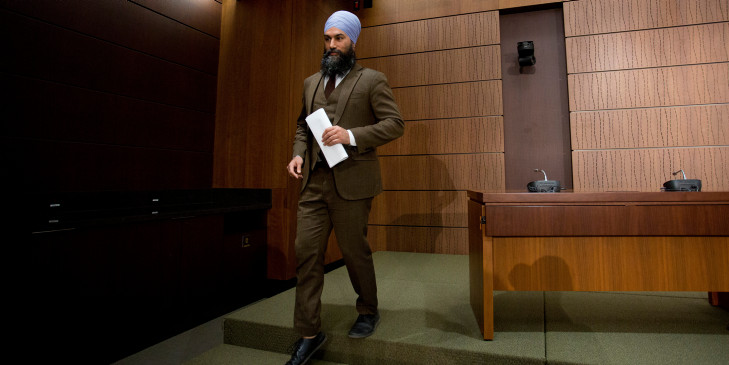 Canadian Media Is Exhaustingly Predictable,’ but Olamide Olaniyan Has the Tiniest Hope

Tyee’s editorial assistant on what needs to change.

Election time often means rolling out the same old worn-out perspectives to tell us what’s going on from on high, but Olaniyan sought out diverse writers and stuffed each issue with diverse perspectives. His goal, quite simply, was to dodge the “insider baseball” of Ottawa-centric political junkies.

In this episode, which you can watch above, host Emma Cooper highlighted a tweet Olaniyan made after NDP Leader Jagmeet Singh was expelled from the House of Commons for calling a Bloc Québécois MP racist and for refusing to apologize and withdraw his comments.

It garnered many likes.

“Canadian media is kind of exhaustingly predictable,” said Olaniyan. “Rather than talking about why he called the person a racist, or what the actual motion was about… [this] was the big ‘what happened’: that Jagmeet Singh called a Bloc Québécois MP something like a slur.”

Olaniyan is tired of this framing.

“A lot of people prefer to talk about whether racism exists,” he said. “We’ve had that conversation so many times, we’re just waiting for everyone to catch up.”

He warns that leaning into this status quo means failing to serve readers and harming a publication’s reputation. Often, the last-resort way for brave staff to raise alarms is by open “revolt,” recent cases of which can be seen at home at the Vancouver Sun and the Province, National Post, the Globe and Mail, the New York Times, the Philadelphia Inquirer, the Pittsburgh Post Gazette, the Tennessean and probably more than we’re able to mention.