No wonder the Greens will have a lot of candidates but.......

Guelph’s Green Party candidate Steve Dyck is on the defensive after a post from his personal Facebook page supporting the 9/11 truther movement came to light this week.

Seems that this party is full of kooks!

Elizabeth May did not have the first week her party needed.

Once again the NDP have the best policies - what do they have to do to get enough Canadians to support them, so that they could become for once, our Canadian government?

Where the Parties Stand on Tax Reform — and What’s Needed

You asked us to dig into what the parties say about fairer tax policies. Here’s an early look at their positions.

Quite the group of creeps supporting Scheer and the Cons.

This one originally came from Hong Kong. As a Richmond politician he has represented the views of its large contingent of right wing religious fanatics from Hong Kong for many years.

He then shifted focus to Ashton for his final remarks, criticizing her handling of the railway disruption to Churchill when Dumas sought out her support for a northern-owned railway.

"Because of your lack of effort and your lack of support you allowed for the further delay of that transfer by over a year," he said.

"And if it hadn't not been for the government of today to invest $100 million for that railway, we'd still be held hostage by the previous owners. You did nothing to support us. I asked you for a letter, and you didn't provide that letter, and the same time your father went and made a deal with a different community promising them that they, individually, could have the railway."

"I'm shocked at the framing of what you raised here," she said.

Ashton then invited Dumas to discuss the matter after the forum.

"Let's be very clear. The Liberal government of the 1990s privatized the port of Churchill and the railway, putting a community and region at risk," she said.

Ashton has fought tooth and nail on behalf of the community of Churchill while the federal and provincial governments sat on their hands. Furthermore, you'll note in the same article that Klassen, the former Liberal MLA looking to take that area federally, doesn't live in the riding, but in Steinbach. It's one thing to not live in the area you represent when it is in your same city. It is quite another thing when you represent an isolated community but don't live there. Note that the Liberals did not retain that seat in the last provincial eleciton. My guess is that this made Niki's job much easier.

From Racist to Ridiculous...

'The Liberals Are Lying': Woman Says She Was With Trudeau and Faith Goldy When They Had Drinks:

"...In response to the Liberals' accusations about Conservative affilation with Goldy, last Monday in Lake Country, BC, Scheer said: 'I look forward to Justin Trudeau's response to allegations he took Faith Goldy out for drinks.' He was evidently  referring to a Twitter message that Goldy posted but deleted, saying 'Only one federal leader has bought me drinks at Ottawa's Chateau Laurier. Any guesses?'

In front of 500 guests at the Fairmont Vancouver Hotel

in 2001 and it passed the Liberal vetting process

although Trudeau deceived them about it

As Trudeau stumbles, the fight is on in Vanouver-Granville

Put an end to the guns in Canada’s urban areas

Liberals, in their usual and all too familiar pattern, campaigning on the left and then will govern from the right, are promising what the NDP are promising, and then some. Why not vote for the real left-wing party, the NDP, instead of the Justin team of hypocrites

Of major concern - how do we get Fox News etc. turned off in Canada

If Liberals had their way undcr right-wing Liberal  leaders like Paul Martin and Justin Trudeau, 1/2 of our Health Care system in Canada would already be privatized

‘People have lost faith and trust’: What’s missing from the Liberal’s healthcare promises

Just watched a segment on CTV with Don Martin

The Liberal spokesperson seems lost and out of her league, unless it is just impossible to defend Liberals these days 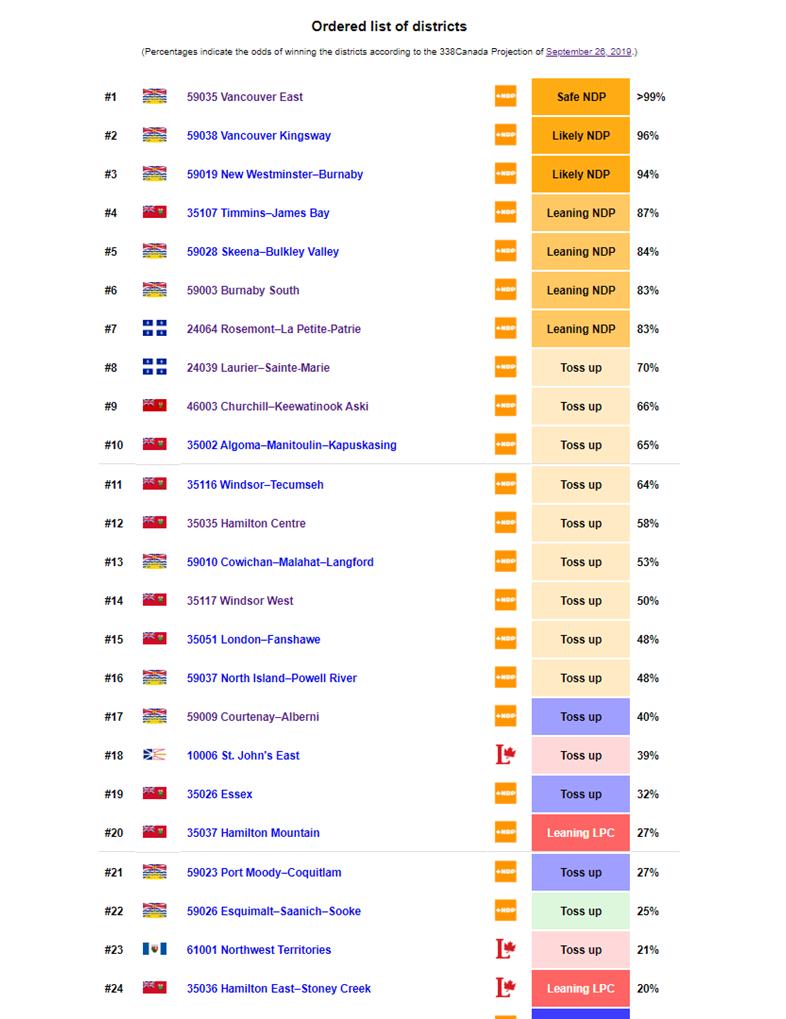 Want to Understand Scheer’s Stance on Rights of Women, LGBTQ People? Look to the Harper Era

Scheer pledges to avoid issues like same-sex marriage and abortion. That doesn’t mean rights won’t be under attack.

Who benefits most from Trudeau’s self-damaging ways?

I agree with Scheer about one thing today:

Mo Dhaliwal: Global B.C. calls for conversation on blackface, then covers up blackface joke in its own newsroom