So what you really meant to say in that thread title is that it's every citizen's obligation to take 20 minutes out of their lives once every four years to mark an X on a ballot?

Why don't you read the thread, for 20 minutes, and maybe you can figure that out.

No need to, because voting is wrong. You, the voter, said so yourself.

Right. So people sit here spread fucking bullshit about what I have said, and what I believe, the a moderator comes along chastizes me for pointing out how sleazy that is, and now you are at it too. Like what the fuck about telling these idiots that who I vote for is none of their business? What about telling them that speculating upon the "secret" identities of other posters is simply wrong. What about telling Bozos like Stockholm that he is simply not welcome to make up stories about people and smear people up and down the board, simply because he has been around for a while, and thinks he has the inside track on their motives?

But ok, its I who should "step away" from the keyboard.

105 posts already? My how time flies when youre having fun.

Nope Fidel. Its an idea that has more than three letters in it. If you apply yourself. Work hard. I am sure you can come up with something that is actually about the topic of this thread, or even what I said in the thread you qouted. Do you get your education reading the covers of books? Did you know that there are more words inside? Same thing with a thread on a web site more words inside.

I hope they don't give you a headache. All those words.

Exactly Fidel, and you have yet to have one post on this thread with the word "Chow" in it. Interesting huh?

So voting is good, because you do it all the time. Now we know.  So which of Canada's 30 some-odd registered political parties will you be advocating for? Nzuh! I forgot, now it's the independent candidate party of one looking good for running the country. We get it now. He (or even she) should have multiple personalities to wear all those different hats as dictator of our Northern Puerto Rico.

Fidel off topic stalking and trolling, on top of Stockholm's smear jobs. That summarizes this thread pretty much.

For the sake of posterity, it begins with this:

Stockholm's making shit up as usual. I voted for one of the local independents.

Watchout everybody, it's the ol' I voted for a high quality independent candidate capable of thinking for him or herself on case by case basis as they see fit schtick. These independent candidates so good, in fact, that they don't even need a political platform to be held accountable to. Just a wink an' a nod is good enough for the most democratically minded voters. And here I believed him when he said he abstains from voting altogether. Typical.

Off topic stalking and trolling. I am getting a little tired of "stop it you two". That was on top of taking the hit for calling Stockholm on his smear job.

Do the moderators step in to ask Stockholm to "speculate" less on the political affiliations or the people that they voted for? Nope.

Don't ask me why I bothered to go back and dig this up but on October 14, 2008,
"Cueball" posted the following:

YOu can run but you can't hide. I rest my case. 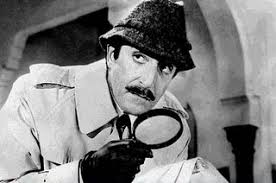 Stockholm does it again...

Come on. How is this interpreted as being literal? Cue was obviously trying to troll the hyperpartisans of a particular party with that quote and not clearly stating his voting attention last October. Unless, he actually voted for the Liberals for the actual reasons stated in the quote, and then maybe the hyperpartisans need to reconsider their on-board strategies.

Intense partisanship is highly off-putting to most people, actually.

I took it literally given that the person who posted has been remarkably devoid of any sense of humour or irony in all the years he has posted here.

When someone clicks the "flag as offensive" button, it appears before the mods in something called the Abuse Moderation list, presumably in the order posts were clicked.

This mornings treat, a bit longer than some, consisted of most of you bozos but not all, kvetching about one another on this thread.  We'll probably ignore all of them.

Delighted to close for length.  Feel free to start a new thread if you like.  As an exercise in debating skills, maybe some of the silverbacks around here could try posting without their ego's so fully engaged, or without the self righteous level of high dudgeon.  Try medium dudgeon.