That quote is attributed to Global News tonite.

Jagmeet Singh spoke about Canada's role in advocating for citizens detained in China, as well as his campaign priorities in Burnaby South.

Federal NDP Leader Jagmeet Singh says Prime Minister Trudeau needs to do everything he can to protect the safety and security of two Canadian citizens who are being detained in China.

Michael Kovrig, a Canadian diplomat on leave, and Michael Spavor, an entrepreneur, were arrested last month after Chinese telecommunications executive Meng Wanzhou was taken into custody in Vancouver at the request of the U.S., which wants her extradited to face fraud charges.

Singh said everyone needs to stand together in support of the two men and it’s “crucial and vital” that Justin Trudeau works to protect them. The Canadian government has been urging China to release the men.

“They’re not receiving due process — this is deeply concerning,” Singh said. “We need to know what the allegations are. What are the crimes that they’re alleged to have committed? Why are they being detained? I would ask these difficult questions to the (Chinese) government.”

Singh made his comments Sunday at the official opening of his byelection campaign office in Burnaby.

Jagmeet Singh on Tory opponent: 'Maybe he should go back to law school'

Always get a chuckle at all the so-called progressives here at rabble supporting Trudeau, Canada's Pipeline King, eh! 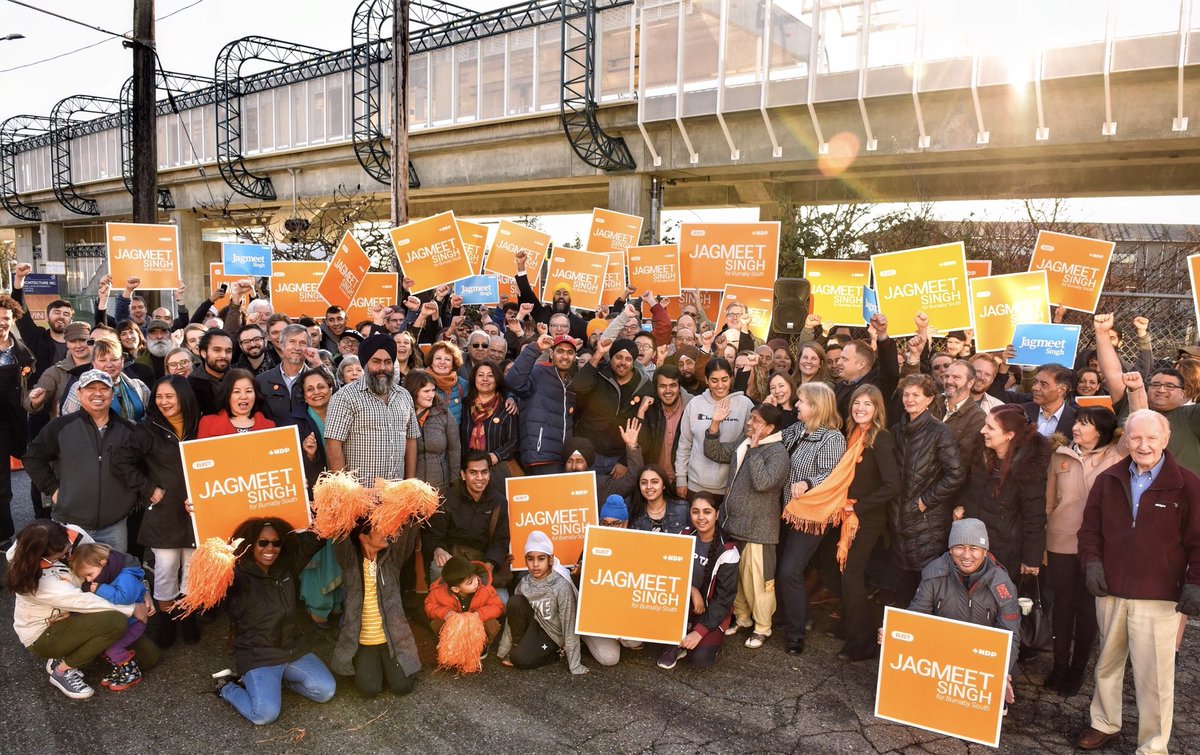 Always get a chuckle at all the so-called progressives here at rabble supporting Trudeau, Canada's Pipeline King, eh!

Here! Here! Good on you brother!

PM @JustinTrudeau, let's not give up on Oshawa workers – let’s fight for them. It's time for you to meet with GM CEO Mary Barra, let her know that her decision is wrong. We can save our industry with a better plan & implement a national auto strategy, now.

Upon his election, Singh became the first person of a visible minority group to lead a Canadian federal political party on a permanent basis, and the second overall after Bloc Québécois’ former interim leader Vivian Barbot.[7][8] Singh is also the first turban-wearing Sikh to sit as a provincial legislator in Ontario.

Quote:
Ideologically, Singh identifies as both a progressive and a social democrat.[11] He advocates raising the federal minimum wage to $15 an hour, decriminalizing personal possession of all drugs, and supports eliminating several tax deductions available to the highest-income earners.[12][13]

When an opposition candidate doesn't even mention you or your party, you gotta know you're not even in the race

Conservative candidate Jay Shin, a business lawyer and political neophyte, has been pounding the pavement and knocking on doors and says the people he’s hearing from want fiscal restraint.

“They feel like they’re taxed to death. The response I’m getting is the NDP’s socialist policy of high taxes and spending doesn’t work,” he said.

“People talk about what we went through in the ’90s when we had the NDP government here in the province; we became a have-not province.”