Latest revelations show a government that has lost its way.​ 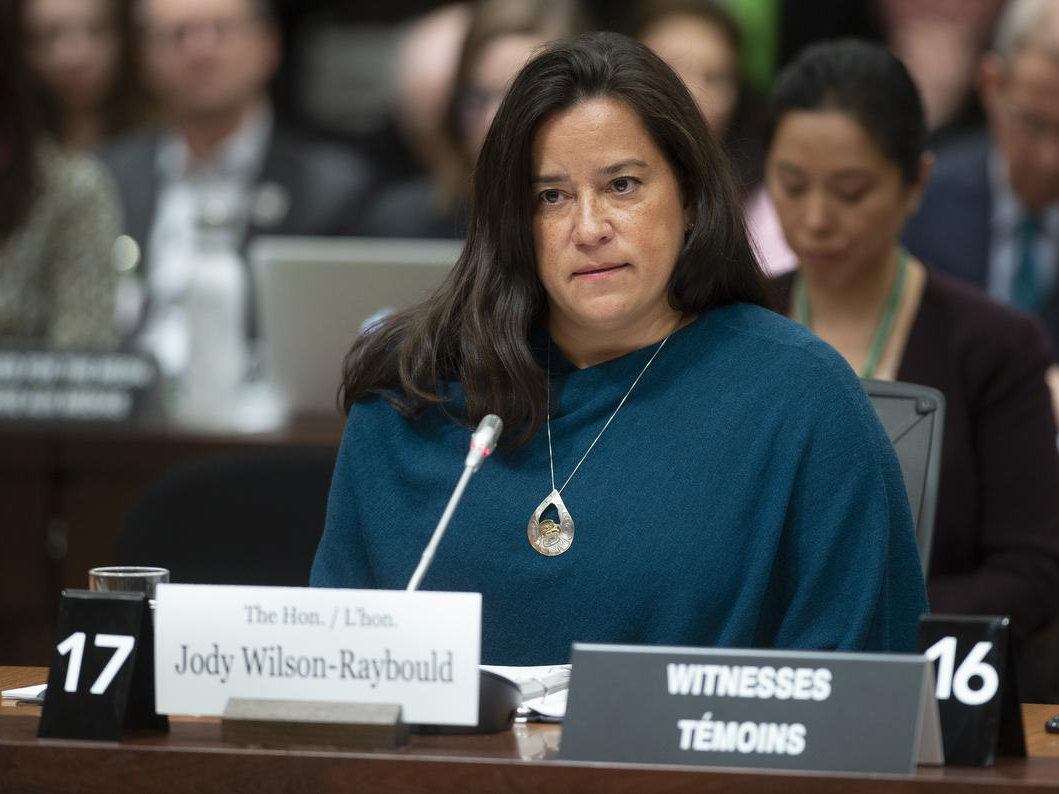 Jody Wilson-Raybould, former attorney general, must know how Cassandra felt as she was pressed to intervene to let SNC-Lavalin avoid a trial on corruption charges. Photo by the Canadian Press.

Cassandra, Greek legends say, was a Trojan princess given the gift of foreseeing the future — and the curse of seeing her warnings ignored.

Jody Wilson-Raybould, former minister of justice, attorney general, and minister of veterans affairs, must know how Cassandra felt as she was pressed to intervene to let SNC-Lavalin avoid a trial on corruption charges.

The 43 pages of texts, emails, and an explosive transcript and recording of a 17-minute phone conversation released Friday make it clear that she knew just what folly the Prime Minister’s Office and Michael Wernick, clerk of the Privy Council, were engaged in on Prime Minister Justin Trudeau’s behalf.

She tried to warn them, to no avail.

The transcript of her Dec. 19 conversation with Wernick shows her telling him what he and [Trudeau’s main advisor] Gerald Butts should have been telling Trudeau about their efforts to let SNC-Lavalin avoid criminal prosecution on corruption charges.

“This is a constitutional principle of prosecutorial independence that, Michael — I have to say including this conversation and previous conversations that I have had with prime minister and many other people around it — it is entirely inappropriate and it is political interference. And I — the prime minister obviously can talk to whomever he wants — but what I am trying to do is protect him.”

A moment later, Wilson-Raybould spells it out for Wernick.

“This goes far beyond saving jobs — this is about the integrity of the prime minister and interference — there is no way anybody would interpret this other than interference if I was to step in. It does not matter how I would look in doing that — I would be a mockery — and that is not the problem. The bigger problem is what it would look like down the road for the government… this is about the integrity of the government.”

Wernick keeps pushing her, and after hemming and hawing and repeating himself, Wernick says, “It is not a good idea for the prime minister and his attorney general to be at loggerheads.”

Wilson pushes back. “I am trying to protect the prime minister from political interference or perceived political interference.” And then she tells Wernick that their discussion brings to mind the Saturday Night Massacre, when Richard Nixon forced out his attorney general and deputy attorney general because they refused to fire Watergate special prosecutor Archibald Cox.

“I am worried about a collision then,” replies Wernick, “because he [Trudeau] is pretty firm about this.”

In effect, he has no answer to her legal arguments, which are also sound political advice. He can only warn her back about a “collision,” with the implication that she would not survive it.

In her submission to the justice committee, Wilson-Raybould addresses the issue of her recording the conversation without Wernick’s knowledge. It might seem unethical; she notes that she had never done so before and has not done so since.

But the pressure to defer prosecution against SNC-Lavalin had been on Wilson-Raybould and her staff since September, so she knew what this conversation would likely be about.

It was “made simply as an aide-memoire,” she says. But it also enabled her to record her tone as well as her words: she sounds like a good lawyer growing just a little impatient with a recalcitrant client.

This is no longer a “he said-she said” story. It’s now a “he claimed-she refuted” story, revealing a long string of misleading statements from Trudeau and his staff since Wilson-Raybould was demoted to veterans affairs. To cite just one, Trudeau publicly wished she’d only told him about her concerns, when he’d clearly known those concerns for months.

It seems very unlikely that Wilson-Raybould can remain in caucus through the weekend. Jane Philpott may follow her.

After SNC-Lavalin Disaster, Liberals’ Only Hope Is PM Jody Wilson-Raybould

The question then is how many other Liberals will follow in their footsteps. Their support for Trudeau has put them in an embarrassing position for the next election. They have been either duped by their leader, or are complicit with him.

It would be nice to think that the Justin Trudeau of 2015 really believed in his promises to fight climate change and end first-past-the-post elections, and that the Deep Liberal Party, which learns nothing and forgets nothing, co-opted him.

But it doesn’t matter whether he was a hapless innocent or a deep-dyed villain from the start. He drove himself and his government into a dead end over a corporate malefactor. He listened to bad advice, and ignored the solid, sensible, and repeated good advice from his minister of justice and attorney general.

Having brought the Liberal Party back from the brink of oblivion, like Hector saving Troy from the besieging Greeks, Trudeau has set both the party and himself on a doomed course. Had he listened to his own Cassandra last fall, he might now be cruising to a second term in office.

Instead, the party will have to fight for its very life. And its chances will be far better if Trudeau and his staffers have been replaced by people with some scrap of integrity left.