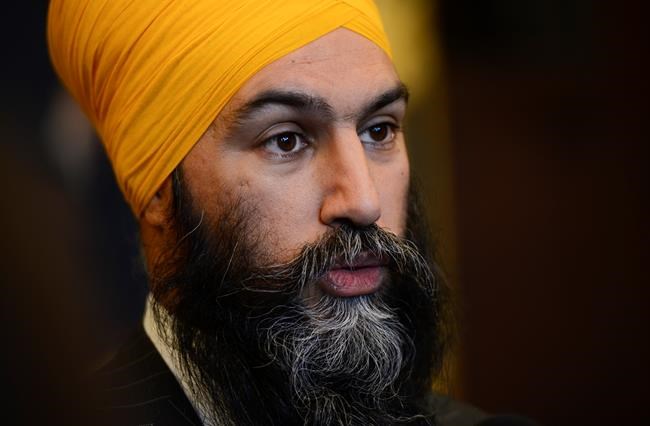 The party, which has been promising to table this legislation for some time, says its proposal is based on the principles of the Canada Health Act.

The bill doesn't specify a particular arrangement for funding provincial and territorial governments that would have to administer the drug plan, but instead would give the federal government authority to negotiate with them.

It does lay out conditions the provinces and territories would have to meet to receive funding, including making drug coverage widely accessible.

Singh has criticized the Liberals for dragging their feet on pharmacare and encouraged them to sign on to his bill to make it happen by 2022.