The COVID-19 support programs introduced by Canada’s Liberal government might seem like a break with neoliberal austerity. But while the pandemic still rages, the Liberals are putting profits above public health by trying to drive workers back into low-wage jobs before it's safe. 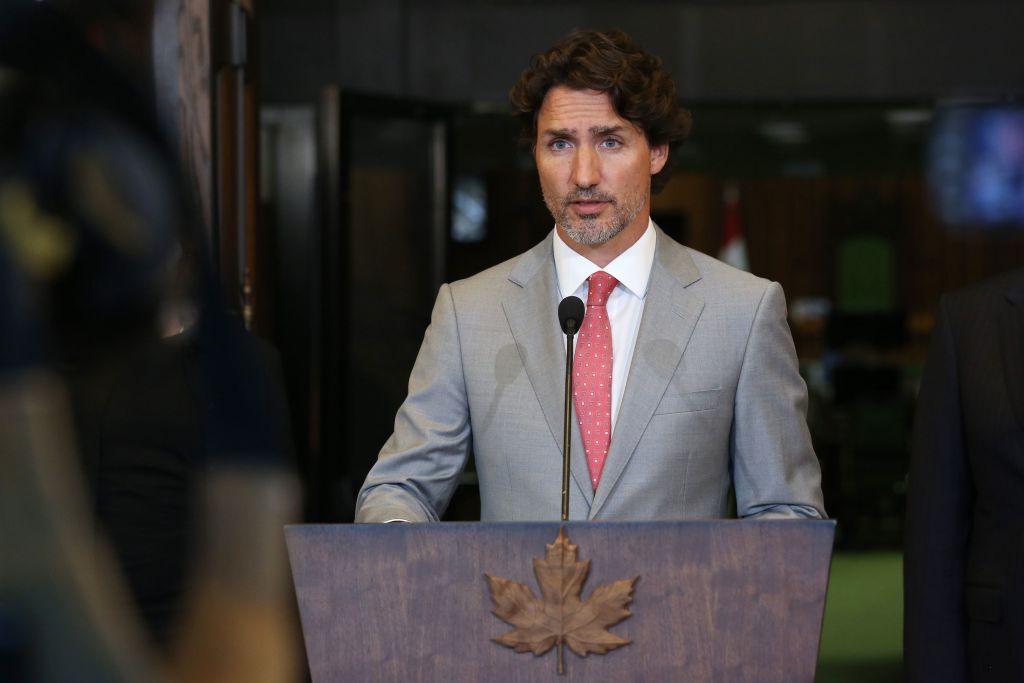 While many workers struggled on the $500-per-week benefit, the unemployed were the target of a humiliating anti-welfare campaign. Dehumanizing op-eds and comment pieces tore into victims of the unstable job market. The Sun complained that CERB was “overly generous.” The Globe worried that it didn’t provide minimum-wage workers with enough “incentive” to return to dangerous work.

One Financial Post columnist even suggested that employers and government should treat employees who refused to be called back to work as if they had resigned. Business think tanks like the C. D. Howe Institute made similar claims.

Unlike the EI program, there was no requirement to remain available to work and be actively looking for a job (and) the amount of benefit was relatively generous for low-income earners and was not linked to pre-pandemic income.

Right-wing criticisms of endemic welfare fraud became common place. The Canadian Taxpayers Federation even suggested that some claimants weren’t human at all but were in fact horses, whose identities had been stolen by their cunning owners in an elaborate ploy to get hold of government handouts.

Canada’s business owners also demanded cuts. Members of the Business Council of Canada authored a joint op-ed for the Globe titled “We Have Flattened the Curve, Now What?” It included the following:

CERB is extremely expensive, and companies across industries are finding it difficult to restart if employees lack incentives to return. Adjusting CERB and other programs to be more targeted and provide greater incentives to work is crucial.

The high rate at which CERB recipients were cut off led conservatives to characterize the benefit package as a work “disincentive.” The government could cut off claimants if their non-CERB related income exceeds $1,000 per month. The collective opinion of the business class, as articulated by its media functionaries, was unanimous: workers needed to be driven back to work.

In summer 2020, Liberal advisors took up this call and argued that CERB benefits should be reduced. In August 2020, Serge Dupont, an advisor to Trudeau’s Privy Council until December 2020, and Kevin Lynch, previously Paul Martin’s deputy finance minister, warned that CERB came with “moral hazards.”

Canada’s welfare state may be in the midst of a transformation, but it won’t be one that interferes with the demand of employers for badly paid labor.

Lynch and Dupont claimed that CERB was “slightly more generous than full-time employment at the minimum wage.” Although the income support program didn’t do much more than keep the wolves from the door, the Right determined them to be a step too far. The Liberal duo claimed that “many Canadians personally have no strong economic incentive to return to work … realistically, the level of benefits has to be reduced.”

Around the same time, MPs asked the federal employment minister Carla Qualtrough what the government was doing to ensure precarious workers were not too comfortable on $500 a week. Assistant Deputy Finance Minister Suzy McDonald offered them the following assurance:

We’re looking into that situation. As far as the CERB is concerned, we’re hearing about what’s working and what isn’t working so well. We’re always reviewing the programs in order to improve them.

In January 2021, the government replaced CERB with an extended Employment Insurance coverage and split the new EI into a variety of different means-tested programs. The new EI now required that recipients must be “actively looking for work” and that they did not “decline reasonable work opportunities.”

In September 2020, Minister Carla Qualtrough told the House of Commons:

We have put a lot of effort into ensuring that there are no disincentives to work. These new benefits really work like employment insurance: People must be looking for work, be available for work, accept a reasonable job offer and be present in the country. They really need to be actively looking for work.

Liberal MP Wayne Easter likewise sought praise for introducing requirements that claimants look for work. These requirements, Easter argued, provided workers with all the encouragement they need to find a job. Reveling in his sense of achievement as he addressed the Canadian parliament, he remarked that “the member opposite said that with CERB there needs to be employment incentives, and there are. There is the encouragement to go back to work.”

In the 2021 budget, the Trudeau government pledged to cut payments to $300 per week for new applicants until September, when the program is supposed to be eliminated. Canada’s welfare state may be in the midst of a transformation, but it won’t be one that interferes with the demand of employers for badly paid labor. The Liberal government and the business class are doing everything they can to make sure that whatever assistance is given to the working class won’t disrupt the regressive, low-wage capitalism on which the Canadian economic model relies.

Already have an active thread on Trudeau NR...Just curious, why would you post such an item ostensibly on Trudeau's pro-capitalist approach to workers during COVID but bathe us in adulatory bullshit on Biden, every bit the neoliberal made-man and more?

Already have an active thread on Trudeau NR...Just curious, why would you post such an item ostensibly on Trudeau's pro-capitalist approach to workers during COVID but bathe us in adulatory bullshit on Biden, every bit the neoliberal made-man and more?

1. How could there possibly be too many threads entitled "Trudeau" (or variations thereon)?

2. If you want to talk about Biden in the new babble, shouldn't you first open a new thread entitled "Biden"?

3. Why are you asking a question? What do you think this is... a discussion forum??

Pardon my cynical frustration. I'm thinking of proposing that the overworked moderator do a regular deletion sweep whereby blatantly duplicate threads are closed - with a link referring babblers to the existing thread - and posts which do little or nothing more than cite a link, are deleted. Dictatorially.

Should I open a new thread to discuss this issue - or is there an existing one? How would I find it?

Should I open a new thread to discuss this issue - or is there an existing one? How would I find it?

The same way you find an individual post in many threads, you scroll down through the NR spam until you find an actual thread with a discussion.

I have complained in the past that his behavior is a type of trolling that forces one to shift through pages of imperial propaganda looking for a discussion from a perspective that is not NATO exceptionalism.