We need to now start moving people away from coastal areas warns scientist but even that may not be enough to save us | rabble.ca

5 posts / 0 new
Log in or register to post comments
Last post
Mon, 2019-07-08 11:34
#1
NorthReport
We need to now start moving people away from coastal areas warns scientist but even that may not be enough to save us

Climate change: we need to now start moving people away from coastal areas, warns scientist but even that may not be enough to save us

We are all too familiar with images of flooding in low lying areas after heavy rainfall or houses destroyed by coastal erosion after a storm. For an increasing number of people, coastal flooding and erosion is a real threat to property, the local economy and, in some cases, life. Hurricane Florence, for example, is forcing more than a million people on the US East Coast to flee from their homes.

Coasts support important industries (such as ports and tourism) and their populations are growing faster than inland areas. But coastal areas are also particularly sensitive to impacts of climate change, which are likely to increase the extent, intensity and frequency of coastal flooding and erosion.

So not only have we occupied areas that naturally flood and erode from time to time, we have changed the environment in ways that increase coastal flooding and erosion risk. And we continue to do so, sometimes with serious legal consequences. Meanwhile, public policies have not been very effective in managing this predicament.

Question: Why should the less fortunate citizens who don't have waterfront homes pay to protect rich people's homes and businesses?

Answer: They should not!

The California coast is disappearing under the rising sea. Our choices are grim

Climate change should be part of regular savings and investment decisions

What a bunch of useless political leadership our planet has as they dither while non-aquatic life perishes. 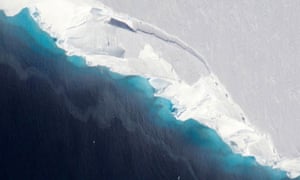