(Not safe for work if your boss doesn't like the word "fuck".)

Oh, and Gawker says that the word "hipster" is too tired, so they've had a contest, and their readers have voted for "fauxhemian" to replace it.

Which is also rather amusing.

Okay, go back to your important discussions now. :D

We need a "Discuss hipsterism from a pro-hipster point of view" forum so that Stargazer and I don't feel perpetually attacked. 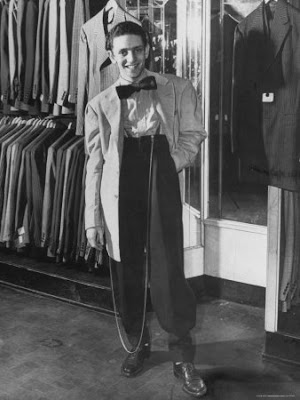 Or how about this?

At least the hipster olympics is actually entertaining.

All reet, Jackson.  I won a Gold Medal in Kicking the Gong Around!

At risk of outing myself, here is what I'm wearing today:

"It is the duty of the humor of any given nation in time of high crisis to attack the catastrophe that faces it in such a manner as to cause the people to laugh at it in such a way that they cannot die before they are killed."

I think my favourite one so far is this one just because of the caption. Ha!

Some of them aren't great, though.  They seem to have a pretty wide definition of "hipster" - basically, anyone wearing anything strange appears to qualify.  But a number of them aren't what I think of when I think "hipster".

Has any babbler ever met someone from the village of Fucking, Austria? I had no idea there was such a village.

I've never met anyone from there, but I've heard of it before.

Okay, I thought the hipster site was funny at first, but the more I go through the pictures (didn't really have a chance this afternoon since I was just taking a quick break and only saw a few of the pictures), the more I'm not crazy about it.

It's one thing to mock the self-conscious white urban ironic hipster thing, but some of them are hitting me the wrong way (and no, not because I dress like any of them - I don't).

When I think of "hipsters" I don't think of people who are genuinely artistic and wear handmade clothing or jewellery, for instance.  I think more of poseurs, people who just grab a trend and go with it for half a minute before moving on to the next one, and people who spend hundreds of dollars on "hipster" items of clothing that look like they got them at garage sales, and spend 5 hours and three cans of product to get their hair to look like they just woke up - that sort of thing.

poseurs or brilliant performance artists commenting on the modern state of overconsumption and our product driven disposable lives?

James Franco has said that his stint on General Hospital as "bad boy" artist Franco is part of a larger art project, and he’s working on making good on that promise. Though his story arc ends later this month, Franco tells us that this spring he'll participate in a gallery show at New York’s Deitch Projects that will be shot for a subsequent "special episode" of GH. (This episode will be co-directed by Franco himself.) The Deitch exhibition will relate "to what I've already shot on GH," Franco says. (A spokesperson for the gallery says plans for the exhibition and filming are not yet finalized.)

Of course, Franco has been worming his way into the art world for some months now: teaming up with the video artist Carter for the art film Erased James Franco; schmoozing the booths at Art Basel Miami Beach; presenting at the Guggenheim's Art Awards; and buddying up to the new head of P.S.1 Contemporary Art Center (and MoMA chief curator at large), Klaus Biesenbach.

But honestly what is there to critise that wasn't present in all other cultural movements of the past 100 years?

This article attacks hipster use of fixed gear bikes largely on the basis that it's not very original.  Fork, you can make similar arguments about the majority of the poulation you just need to change the details.

A stage director I know referred to performance art as "theatre for people who can't act!"

"It is the duty of the humor of any given nation in time of high crisis to attack the catastrophe that faces it in such a manner as to cause the people to laugh at it in such a way that they cannot die before they are killed."

If Hollywood ever dared do a "Lord Buckley" bio-pic, would they cast Johnny Depp or Robert Downey, jr in it?  And how would we avoid the nightmare of having them give Keanu Reeves the part?

And how would we avoid the nightmare

Ignore hollywood.  It'll do wonders for your chi and I can't remember my last nightmare,  I mostly dream about bumblebees.

besides giving depp the role of eccentrics is soo cliché

A stage director I know referred to performance art as "theatre for people who can't act!"

Y'know, ever since I was about eight or nine I've wanted a zoot suit.  Finally, about four or five years ago, while hanging with the missus in Fabricland, I saw a pattern for one.  I was blowin' my wig at the prospect of at last wearing the drape I've always wanted, but then thought, "I'm in my forties. This would look completely ridiculous on me."

I think you should do it anyhow, even if only at a Hallowe'en party. :)

Y'know, ever since I was about eight or nine I've wanted a zoot suit.  Finally, about four or five years ago, while hanging with the missus in Fabricland, I saw a pattern for one.  I was blowin' my wig at the prospect of at last wearing the drape I've always wanted, but then thought, "I'm in my forties. This would look completely ridiculous on me."

Personally I don't grasp this at all. This group "Fucking hipster" just seems to represent anyone not wearing head to toe frat -- and so much the better if the photo clearly demonstrates how obnoxious you were taking their picture with your stupid cellphone.

That's what i've been saying it's entertaining.  Sincerity on the other hand seems to have had negative conotations in the collective unconcious for some time.

Just look at linus alone in his pumpkin patch holding his sign with a clearly stated message.  Who wouldn't want to be a hipster if that's the other option?

Now don't jump salty on me, sister, but I seem to be off the cob here.

Personally I don't grasp this at all. This group "Fucking hipster" just seems to represent anyone not wearing head to toe frat

hahaha. I hear wearing this t-shirt is now a punishable offence.

T-shirts are so last-century.

Sineed, speaking of T-Shirts being last century, I'd like to know why heavier set hipsters are portrayed only half-naked! Seriously!

I don't really get that post at all, j.m.  And yeah, triciamarie, when I first saw the "fucking hipster" site, it was a link from someone's twitter post and I thought it was kind of funny because the couple of pictures I saw at first were of the "I'm so hip it hurts" variety.  But then as I kept going, I realized that basically ANYONE who wouldn't pass muster on What Not To Wear, or who is creative, or being silly or getting drunk at a party counts as a "hipster" to them.  Not really that funny anymore.

I loved Stargazer's link, though.  That's the kind of thing I have in mind when I think "hipster" - the faux boredom, the strike-a-pose inauthentic crap.

But then as I kept going, I realized that basically ANYONE who wouldn't pass muster on What Not To Wear, or who is creative, or being silly or getting drunk at a party counts as a "hipster" to them.  Not really that funny anymore.

Ha, I kept seeing the kids that I have around here in those pictures.  Some teens, in an effort to stand out, wear the most amazing combinations of clothing.  Or maybe it's in an effort to blend, who knows.  But I swear I some of the same outfits on that site that I watch getting on the bus in the morning.  Me, I am too conservative to thrown caution to the wind like that, but I wish I could :)  And I loved the someone-deflated-my-dog pic.

I suppose the idea of wafer-thin hipster (due to his/her coke addiction) dressed top-to-bottom in carefully selected, tacky fashion pieces dominates the 'subculture'. It's curious why heavier set men (or is it the same guy multiple times?) are only labelled 'hipster' when half-naked.

I see what you mean now.

This thread is wierding me out.

Edit to add - oh, I see what you mean I guess.  There are a lot of skinny jeans and emo outfits, but I don't necessarily think coke habit when I see them.  I get the feeling that whoever put LATFH together is a nasty judgemental piece of shit.

ah fork, knife and spoon I should have known the ironic t-shirt link would get more play than the post on sincerity.  Ok, y'all win.  I won't try and post any more of my own ideas, I'll just link the links I see on social network sites.

BTW, how many of you have laptops with things painted on it?  I went to this leftist, free wi-fi cafe last week and found myself sitting between an activist meeting and a bunch of people alone with there laptops.  Everyone(including me) had some kind of design they've added to their laptop, often obscuring/hiding the logo.

I would imagine fat people are not hipsters because they are shunned by a group that only makes friends with people in skiiny pants unless they do something exceedingly outrageous that draws extra attention to their weight.  That or maybe it's because riding fixed gears, dancing constantly and spending more money on drugs than food is an effective weight loss program.

Look At This Fucking Teabagger

Look At This Fucking Teabagger

Gawd they're scary. Cute but scary. It's neat-o how all the English-only bigots have such a faltering grasp of the language they seem to cherish so.

So how did these modern ofay ickies get to be called "hipsters" anyway?

Philadelphia-based retailer Urban Outfitters plans to split the facade of a new store on the Upper West Side into four distinct "storefronts": a hat store, a hardware store, a neighborhood bar and a bodega.

"The whole idea was to do this kind of ironic statement of lining the building with storefronts that would be reminiscent of independent businesses," says Ron Pompei, creative director of Pompei A.D., which designed the store, slated to open in August. "It's the story about the streets of New York as they once were."

The Upper West Side store, at 2629 Broadway near 100th Street, is one of three stores Urban Outfitters plans to open in Manhattan this year. It's also planning a flagship store at 521 Fifth Ave. and another at 86th Street and Third Avenue.

Urban Outfitters doesn't have any other bodega-themed stores, Mr. Pompei says. It does, however, offer a women's "Loomstate Bodega Tank" for $110.