What are you listening to? (8)

What are you listening to? (8)

It's folk music night at the Boom Boom Cafe!

Tim Hardin: Suite For Susan Moore and Damion - We Are - One, One, All In One

The Best of Jesse Winchester

The Very Best of Tom Rush

THE JAM: in the city

Right now Bonnie Tyler's "It's a Heartache" is playing on nostalgie.fr, but I've been listening to a lot of Duke Ellington's first recordings lately.

Last night I was listening to a collection of Glenn Miller's Army band.

Congolese soukous from the 'golden age' - '70s, early '80s changed my life. Lately there are more and more of these brilliant and otherwise nearly impossible to find tracks uploaded to Youtube. This music is the best drug I know, it lifts me every time and I've been an addict for decades.

This is my latest 'earworm': Baba Gaston - Kakolele Viva Christmas, the good licks kick in around 2:30. The poor quality of the original recordings only adds to the charm for me, summoning the ancient tape players and worn-out cassettes I first used to hear this stuff through:

I can suggest a whole bunch more if anyone is interested.

I started to listen to Lyle Lovett last night, but went back to albums by Joan Osborne instead (she used to sing for the Grateful Dead, has some great albums out).

Now I'm just like a bird that saddened looks for its nest.

Saddened I look for my nest without being able to find it.

I ask destiny what happened to my path.

What happened to my path that one day I left leaving my wife hurt and my children without love.

Now I know that the world spins and upon making its turn, I am lost.

I reached the conclusion that the music I enjoy most comes from the 1960s and 1970s.

What a great album!

Wu Tang vs. The Beatles - Enter The Magical Mystery Chamber

An awesome little mash up...

So, how is it? It's on my short order list for when I have some cash. Meanwhile, after a week of listening to old folkies (John Prine, Leonard Cohen sung by Perla Battalla, etc....) I'm back to listening to Elvis' 30 #1 Hits. Good stuff.

Good background music. I need a chance to really concentrate on the speaking parts. Our eldest listened to it as he fell asleep last night.

Warren Zevon doing a live set in 1982. The cover of Cadillac Ranch is wicked bad. There used to be a good video of it on YouTube but it got stolen from the internet by the copywrite monsters. The band was super duper on it this night.

Uh, good joint rolling music. You know, off the record.

I've been listening to a lot of Humphrey and the Dumptrucks lately.

I found this video on youtube by accident a few minutes ago.  I've never heard of this tune or this guy before.  But I Could Be Wrong

Saturday Night Blues can be found over here, depending on which time zone you want.

Speaking of Humphrey and the Dumptrucks, I picked up Hot Spit and Gopher Suite at the Saskatoon Symphony's used book and record sale today.  Holger Petersen produced Gopher Suite.

I found a couple of Nellie Lutcher 78s too: Hurry On Down/The Lady's In Love With You and Fine Brown Frame/Lake Charles Boogie. I sure didn't expect to come across anything as jumpin' as Miss Lutcher among all those Ukrainian waltzes and Perry Como records.

Decided to listen to 60s stuff after watching The Graduate tonight. Right now: the Beach Boys "Barbara Ann" to be followed by "Good Vibrations" (why the BB? Well, my brother and I had the entire Beach Boys catalogue up to aout 1970).

ETA: also "Shut Down" - probably the best hot rod song ever. One minute and 51 seconds of hot rod bliss with a supercharged beat.

The Joubert Singers - Stand on the Word (Larry Levan Mix)

Uh, the Spongebob Squarepants sort of compilation of music featured in the show. There are some damn good tracks and if you like surfer rock there are some prime examples.

There are numerous English recordings of the song, including at least one by Sinatra, under the title "I Wish You Love."

A couple of years ago, while hanging in our hotel room near Aéroport Charles de Gaulle, we watched Spongebob Squarepants dubbed in German.  I don't know what he's like in English, but ol' Spongebob was quite frightening in German.

We bought one of the kids an acoustic guitar for his 13th birthday last week. He immediately found an on-line guitar tab for Stairway to Heaven.  He's pretty good, too, so I tried to get him to play some Django.  He isn't interested, nor could we find tabs for the tunes I was looking for.

It's odd, but one would think that the world of guitar tabs (whoever does these things) would have a decent selection of one of the world's most famous guitarists.  I guess the kids who create these pages are mostly rockers.

From The Stuff That Dreams Are Made Of

Wow. I just got a boyhood Mad Magazine flashback. Ringo Fonebone. The "Heap". and so on.

I'm listening to the rhythm of the falling rain.

Has anyone else ever heard of Warsawpack? They were an underground jazz/rap (awesome?) band from Hamilton a couple of years back. They're actually really good. Excellent lyrics especially. They put out 2 albums, Gross Domestic Product, as well as Stocks and Bombs, under the label G7 Welcoming Comittee. If you get a chance, check out the songs Rogue Nation, Valdez, War on Drugs, or Market Steward Living (my faves)

The only Hamilton group I know of is the Dik Van Dykes.  They were great!

It's from a CD release of an LP my Mom had that I used to listen to as a kid. 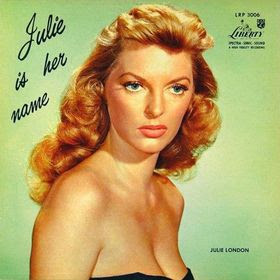 al-Q, I'm sure you know all kinds of Hamilton groups: Blackie and the Rodeo Kings, Teenage Head, maybe Simply Saucer, the great psychedelic punk act of the 70's, the Lanois brothers, Finger Eleven, (well actually they're from Burlington, but anybody who thinks it's a good commercial move to call their band the Rainbow Butt Monkeys should be an honorary Hammerhead), and so on up to contemporary groups like the Arkells or Wax Mannequin. If I thought about it I'm sure I could come up with a bunch more. Something about Hamilton seems to spawn the desperation that creates great music.

I've heard of Blackie and the Rodeo Kings, and I saw Teenage Head open for the Boomtown Rats in Winnipeg in '81, but the other orchestras draw a blank with me.

Jeez, how could I forget Crowbar, helmed by the late lamented King Biscuit Boy his own self, the great Richard Newell.

I'm listening to a whole lot of Leftover Crack and such with and so on tonight.

I just got off a big David Dondero kick which was immediately preceded by listening to a lot of the Polysics.

So, Rock the 40 Oz. by Leftover Crack

And last but not least, AND HIGHLY SUGGESTED, POLYSICS

I saw Crowbar live a few times, with King Biscuit Boy. Still have two albums by them, I think.

Crowbar and King Biscuit Boy were two separate acts and recording artists, for the most part. Crowbar was the band backing up Richard Newell on his first album, though.

BTW, the Oakvillians claim Crowbar as their own. Kelly Jay went to high school there at T.A.Blakelock.

1. According to Wiki: From 1969 to 1970, most of the members of the group had been a backup band for Ronnie Hawkins under the name "And Many Others". However, in early 1970, he fired them, saying "You guys are so crazy that you could f*ck up a crowbar in three seconds!" They recorded their first album in 1970 (Official Music) as King Biscuit Boy and Crowbar. King Biscuit Boy left the band later in 1970, but continued to appear off-and-on as a guest performer.

2.From  http://www.thespec.com/article/202517:
Back in the '80s, King Biscuit Boy (a.k.a. Richard Newell), Kelly Jay and Crowbar rented the place for regular dance parties called Blues by the Bay. They'd charge admission at the door, pack the place, put on a show and divvy up the receipts at the end of the night.

"It was one of Richard's favourite places to play, and one of the reasons was because it was ours," recalls Kelly Jay, who will fly from Calgary to headline the Blues With a Feeling tribute Saturday with local blues band Trickbag.

"We didn't have to answer to anybody. Whatever we got was our own reward. All our friends would be there. We'd be laughing and scratching. Richard used to stop tunes and say, 'Let's try that again,' and people didn't care. The dancers kept dancing, and the band would just pick up on it."

Those days may not have been as lucrative or as highfalutin' as when King Biscuit Boy and Crowbar ruled the Canadian rock scene in the early '70s from their Bad Manor headquarters on Mohawk Road in Ancaster.

3. My fave album for a while was Official Music by King Biscuit Boy W/Crowbar.

Ha ha! "Dread Zeppelin" Rubber Plant's like 50-something, and he needs a hair cut!