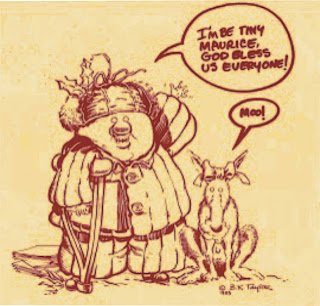 Some people call him "The Joker."

I love "The Joker"

Perhaps, I need to reflect.

At least tell us what you are linking to!!!

To warm my ears while I stand out in the backyard with a hose, trying to make-believe gardens, I've taken to listening to my MP3 player, which I never did before.

Here's what I've been listening to over the past few days to while making ice:

Before you start thinking I'm just a moldy fig, I have been listening to some modern stuff too.

Lambert, Hendricks and Ross "The Hottest New Group in Jazz" 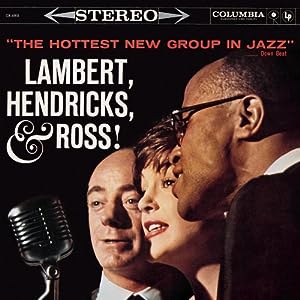 Who do babblers prefer: Parliament or Funkadelic?

A former Miss Canada finalist from Ontario has become the first graduate of a Liverpool university's groundbreaking degree program based on the Beatles.

Liverpool Hope University officials believe the master's program, which analyzes the iconic band's music and their impact on Western culture, offers the first advanced degree based on the life and times of the Fab Four.

Mary-Lu Zahalan-Kennedy, a singer and actress born in Renfrew, Ont., and raised in Oakville, Ont., joined the program when it started in 2009 and graduated Wednesday.

She is one of 12 full-time students of the program, titled The Beatles, Popular Music and Society.

I'm listening to various versions of "Which Side are You On?" to psych myself up for our next union meeting.  A few of our brothers and sisters are apparently confused as to where their loyalties ought to lie.

I'm watching Judy Collins and Pete Seeger on PBS sing "Turn Turn Turn - to everything there is a season..." in black and white in 1963 I think it is. Awesome. Barry McGuire is up next with "Eve Of Destruction".

ETA: I was reminded why I don't watch PBS any longer - those damned pledge breaks and mindless pontificating.

Pfft. There's no hockey game on now, although it's Saturday night in the middle of winter, so "Tetes a Claques" is on the TV at the moment.

Some of that folk music from the 60s is suicide-inducing. Stay clear of "Eve Of Destruction". I saw McGuire perform it on the old Ed Sullivan show, I guess 40 years ago, took me a while to get over it - and PBS had it on just a few minutes ago. He's changed the words to make it more relevant today, but still incredibly depressing. Wish I changed channels, but the music is totally addictive.

Thanks to torrents, I've been listening to stuff I used to listen to long ago, such a s GBH's "City Baby's Revenge" and Augustus Pablo's "East of the River Nile" and "Rockers Meets King Tubby's inna Fire House," as well as one of my old tractor-driving records, "Dread Locks Dread," by Big Youth.

During the last few trips to the rink, the boys have had to get psyched up for their games by listening to Natacha Atlas' Ayeshteni instead of the usual Benny Goodman and Harry James.

I Put a Spell on You

Gangsta rap made me do it...

[url=http://www.youtube.com/watch?v=mERbQIvgJXs]Theme from A Summer Place(1960)[/url] Percy Faith and orchestra play the most wonderful music

After they finish playing, catch Percy joking it up with the MC.

Ben "The Old Maestro" Bernie and his Orchestra Sweet Georgia Brown, from this record:

One of the choirs I sing in did that number. It was fun.

Murder, He Says, by Betty Hutton, on my radio show.

Yes sir, a vitamin pill with legs. How bout that?

This one goes out to a very special person wherever she is. [url=http://www.youtube.com/watch?v=hEBBXe8v3l0&feature=related]Mack the Knife[/url] Bobby Darrin

Feeling nostalgic these days, I'm thinking I need to buy a digital copy of A Brief History of the Twentieth Century, by the Gang of Four ... and maybe some PIL.  I have both on ... wait for it ... cassette.

What I'm listening to mostly now is a bit of The Arcade Fire, some BTO (the latter, loudly on my car stereo, driving up Eggerton with a pile of kids in the car immitating 80s hair bands), K'naan, and a bunch of shit my 26 year old daughter gives me because she thinks my knowledge of contemporary music is atrophying (she's right).

"If Looks Could Kill" - Camera Obscura

I just finished a torrent download of The Durutti Column's The Guitar and Other Machines.  I have this on...wait for it...a cassette that I never play, so it's nice to have a version that I'll use.  The download took days and days (only one seed), but I'm not complaining; it took months before this record even showed up on the torrent list.

Yes sir, a vitamin pill with legs. How bout that?

This one goes out to a very special person wherever she is. [url=http://www.youtube.com/watch?v=hEBBXe8v3l0&feature=related]Mack the Knife[/url] Bobby Darrin

Great song - I have it on a CD of Darrin's greatest hits.

Great song - I have it on a CD of Darrin's greatest hits.

Bah; Bobby Darrin. I like the Kurt Gerron version from Die Dreigroschenoper, which obviously is the one I play on my show.

An all-time 'desert island' favorite of mine. 76 minutes of psychedelic pop genius.

For example, check out "The Coward of Treason Cove" ...it's all about Sleazy Steve and his campaign.