Cardinal Ouellet: Abortion is murder, even in cases of rape | rabble.ca

Cardinal Ouellet: Abortion is murder, even in cases of rape

Ouellet made the comments while attending an anti-abortion rally in Quebec City on Saturday.

Ouellet said he understands that a sexually assaulted woman has been traumatized and must be helped and that her attacker must be held accountable.

Christine St-Pierre, the minister for the status of women, said the abortion issue has been resolved in the province.

"Never will we women, and many men in Quebec, go back to the days of knitting needles," said St-Pierre, referring to the types of crude instruments used in the days of clandestine, back-alley abortions.

"[Abortion] is a choice that is a personal one, and we as a society have a duty to make sure that things are done in a safe way."

Parti Québécois Leader Pauline Marois, speaking at a weekend party policy conference, said she was "absolutely outraged" by the remarks and that Ouellet was trying to undo rights won decades ago.

"These remarks … take us back to [the] Middle Ages," said Alexa Conradi, president of the Quebec Women's Federation.

"At the same time, my concern really is at the federal level. There is movement of right wing Catholic groups to find different ways to re-criminalize abortion."

Ouellet applauded the Harper government for its stance against funding abortions in the developing world.

Recall that Mr. Ouellet is the "primate of the Catholic Church in Canada" - i.e. its most senior official.

Ouellet is the same character who condemned the media for having ulterior motives in linking Benedict with sexual abuse of children.

He also said he liked Québec better before the Quiet Revolution.

Just makes the church more irrelevant than it already is.

Irrelevant would be an improvement.

Quote:
"Canada is the only country in the world to have a complete legal vacuum on this issue," Lemieux-Lefebvre  (Quebec City Archdiocese) said in a statement.

It's not that at all. As a legal medical procedure, abortion is not criminalized. That's it. 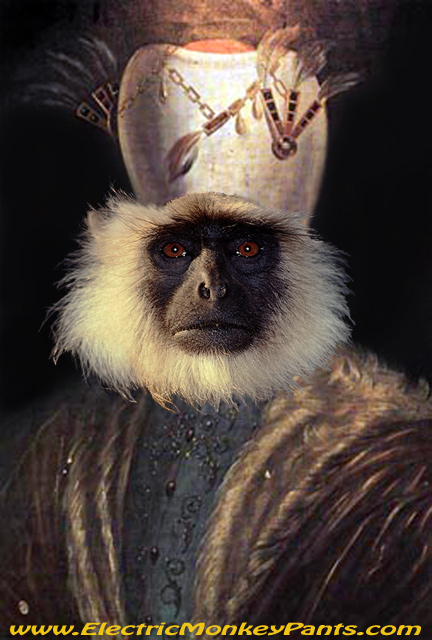 The Vatican is expected to assert that bishops aren't its employees because they aren't paid by Rome, don't act on Rome's behalf and aren't controlled day-to-day by the Pope — factors courts use to determine whether employers are liable for the actions of their employees, Lena told the AP.

Quote:
[Ouellet:] “Why should we push a woman who has been the victim of a crime to commit one of her own?"

Quote:
The National Catholic Reporter cited Cardinal Ouellet, in 2005, on a list of about 20 candidates considered possible replacements for the late John Paul II.

Quote:
[Ouellet:] “Why should we push a woman who has been the victim of a crime to commit one of her own?"

Quote:
The National Catholic Reporter cited Cardinal Ouellet, in 2005, on a list of about 20 candidates considered possible replacements for the late John Paul II.

Unfortunately they beat you to it: he was already deemed "papable". Plus you're a woman and you lack a pointy hat.

I'm pleased to announce that the Vatican has taken the first step in accepting my nomination. The world media recognizes his merit too. From [i]The Guardian[/i]:

The pope handed one of the most powerful jobs in the Vatican to a cardinal who said recently that abortion was wrong, even in cases of rape.

The reshuffle also saw a senior prelate moved from the institution that helps frame the Catholic church's "pro-life" doctrines after he appeared to question the announcement by another archbishop that the mother of a child rape victim had removed herself from the church by arranging for her daughter to terminate her pregnancy. [...]

It is the appointment of Cardinal Marc Ouellet, however, that is likely to arouse most controversy. As prefect of the Congregation for Bishops, Ouellet, until now the archbishop of Quebec and primate of Canada, will be responsible for drawing up shortlists from which the pope decides who is to get a bishop's mitre.

The prefecture is often regarded as the third most important job in the Vatican administration since its incumbent can prevent even the most gifted priest from rising to a position of leadership in the church. Ouellet has in the past been touted as a successor to Benedict.

Yet another reason to pray for financial bankruptcy to befall this company (which has long since suffered from the moral kind).

Irrelevant would be an improvement.

Taxed would even be better.

Wouldn't it redound to Canada's (and Québec's) eternal glory if Ouellet's nomination was the first step toward the implosion of the Vatican?

Talk about weapons of mass destruction...

You surely remember this story and the threads about it on babble last year:

[url=http://rabble.ca/babble/feminism/after-9-year-old-brazilian-girl-raped-o... 9 year old Brazilian girl is raped, outraged archbishop vows to excommunicate...those who helped her get an abortion[/url]

It turns out (see Guardian article above) that not everyone at the Vatican was on board with the fascist Pope's position at that time. So, there has been a cabinet shuffle to eliminate anyone who showed any shred of humanitarian concern. The Ouellet appointment is an integral part of putting the beasts in charge:

Last year, there was worldwide controversy when Archbishop José Cardoso Sobrinho of Olinda and Recife in Brazil said the mother of a nine-year-old girl who had been repeatedly raped by her stepfather had excommunicated herself from the Catholic church.

In response, in an article published on the front page of L'Osservatore Romano, the Vatican's official newspaper, Fisichella wrote: "Before giving thought to excommunication, it was necessary and urgent to safeguard the innocent life of this girl."

He was replaced as president of the Pontifical Academy for Life by a Spanish prelate close to the conservative Opus Dei. Fisichella's appointment to head the nascent Pontifical Council for the Promotion of the New Evangelisation is not a demotion, but it marked the second time in a week that the pope sent a clear signal that he would not tolerate public dissent.

On Monday, the Vatican announced that the archbishop of Vienna, Cardinal Christoph Schönborn, had come to Rome to explain himself to the pontiff after apparently questioning priestly celibacy and accusing a fellow cardinal of mishandling a prominent sex abuse scandal.