The Crusade Against Sex Trafficking | rabble.ca

Research support for this article was provided by the Investigative Fund at The Nation Institute. 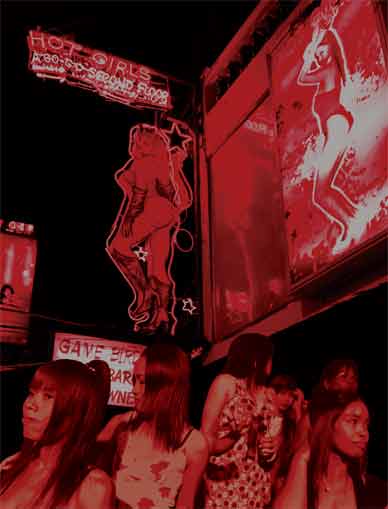 Indeed, the "war on trafficking" blew up in Cambodia last year. In the wake of US pressure on trafficking and the advent of a new countertrafficking law, the Cambodian government launched a campaign of indiscriminate sweeps of streets and brothels. Security forces harassed HIV-outreach workers, disrupting condom-distribution efforts, and caged sex workers and street people in detention centers--actions that drew criticism from UN agencies and other civil society groups.

Cambodian government officials responded with indignation. "It is not true police are using this law to arrest and extort money from the suspects," said Gen. Bith Kim Hong, head of the anti-trafficking police. "We never arrest prostitutes, but rather we save them from brothels."

According to LICADHO, the sweeps resulted in the murder of three detainees, who were beaten to death by prison guards, and the suicides of at least five others.

IJM did not help conduct the sweeps and condemned them publicly--Stayton even attempted to contact the local sex workers' collective to offer his help in investigating the allegations of abuse. He was rebuffed by silence, however--a representative of the collective argued that the sweeps were an unsurprising consequence of US pressure on trafficking, in which IJM has played a strong part, and of a policy that favors engagement with law enforcement while failing to heed the voices of those they ostensibly protect.

Some in the human rights community remain open to dialogue with IJM and to the possibility of positive collaboration with the police. Joe Amon of Human Rights Watch offered a slew of possible modifications to IJM's work, including establishing formal mechanisms like citizens' commissions and independent investigations to pursue complaints about police abuses. As for the sex workers, IJM could engage in "real dialogue with sex workers' groups, which have their own ways of gathering information and informing police they trust. They could also provide legal representation for adult sex workers, particularly those abused by police, or they could support local legal NGOs to do so." In the absence of those safeguards, Amon felt that IJM's strategies have yielded mixed results at best.

It's unclear how IJM may be addressing the potential complications of working with such volatile partners. The organization did not respond to repeated requests to speak on concrete strategies in the field to avoid or counter police corruption and brutality. IJM staff did, however, mention the protocol they had issued to local police, which advises them on ways to shield sex workers from the media and to reassure them they are not being arrested, and which explains techniques for conducting raids so they do not implicate social service NGOs operating in the area. My request to see the manual, however, resulted in no response. Asked about the provision of legal representation for adult sex workers, Haugen responded by noting that most of the women were undocumented and therefore less likely to press charges against law enforcement.

For Marielle Lindstrom, weighing the balance of IJM's work in Cambodia is a difficult task. Formerly chief of the Asia Foundation's anti-trafficking project, Lindstrom was in charge of disbursing the major USAID grant on the issue and served as main coordinator on Cambodia's anti-trafficking strategies, convening a task force of government officials, ministries and more than 200 NGOs. She acknowledges that IJM is "doing a good thing rescuing the children" and could have a strong positive effect should its training be incorporated into the national police academy, but she is torn about the overall impact of the organization's work.

"In the end," she says, "it's the way of thinking that troubles me. Do you want to make a difference in one person's life, or change the system? Many people are here because they've been called to do something, they have a calmness and a conviction. They know this is right. For me, I'm only human. I doubt myself all the time. I need to consider different approaches. I'd much rather say that God tells me to do this. It would be easier." Lindstrom sighs again. "Because what about your responsibility to a fellow human being, to what they want? Do we ever ask them? Some see proof of their faith in that one person they rescue. That's my concern--there's no self-doubt. It didn't cross anyone's mind to work with sex workers on the law, for example. And we talk about the minimum standards of assistance, but victims are not consulted in the creation of those standards."

Before I left Cambodia, I met with the secretariat of the sex workers' collective. Three of them had been trafficked--although I didn't ask for details, they provided them, their stories of deception by friends and family.

At the end of our conversation, I asked if they had any questions. They had only one. "Sister," Preung Pany said, "we tell our stories to so many journalists, so many people like you, but then nothing changes. Still we are raped by the police, still there are young ones in the brothels. There are so many people working on this--the rescuers, the HIV people, people like you--and so much money going into this problem. But why doesn't anything change?"

I think that this is related to the issue in this thread. I just saw the trailer for the film "Call & Response" which is playing at the MUCK film festival in Toronto on October 4th. The film and campaign(s) focus on the 27 million or more people worldwide who are exploited by sex trafficking, labour slavery, child slavery and forced abduction of children to be used as soldiers.

The film The Whistleblower with Rachel Weisz was hard to watch. A private security outfit named "Democra Security" were there in Bosnia orchestrating it all and enjoying immunity under UN auspices of providing policing and security services. The young girls are abducted and treated like dogs by their criminal owners. Some are murdered to instill fear in and terrorize the other young women. And apparently the scum of the earth running Democra are still in business in Iraq and Afghanistan and contracted by the U.S. Government. Lining them up against a cement wall at dawn would be too lenient.