Well, I certainly don't support C-36, which continues to criminalize people in prostitution while a) providing a ridiculous pittance in support for alternatives (the equivalent of "reconversion measures" for other harmful industries such as asbestos) and b) not attacking the networks involved in trafficking and forcing vulnerable people (often minors, and in far too many cases, Aboriginal or racialized) into the trade. But I'm also not as sanguine about the trade as some others here, or Antonia, whom I value very much.

That is the most divisive issue within the women's movement since "wages for housework". The CSN is abolitionist, and certainly not a friend of fundamentalism, particularly of the evangelical variety. I think perhaps eventually we will arrive at a different solution, as was the case with the wages for housework stuff - more leaves and support to parents of young children, while not consigning women to the demeaning and limiting "housewife" role. I tend to discuss it as little as possible, as I hate the Cons, and fundies, but am also horrified by progressives thinking it is cool to have a class of human beings used as receptacles for men's fuck-ups. I've worked with Indigenous street people many of whom were in the trade. It isn't pretty, it is a horrible fate for a human being.

Quote:
This past Tuesday night at Montreal’s Rialto Theatre, 81-year-old Gloria Steinem took the stage before a sold-out crowd of 800 people for an intimate and moving Q & A as part of the launch of her new book, My Life on the Road.

On violence perpetuated on women: “The single biggest indicator of whether a country is violent inside itself or will use military violence against another country is not poverty, not access to natural resources, not religion or even degree of democracy. It’s violence against females. Not because females are any more important than males, but because the idea of controlling women in order to control reproduction has developed all these systems that make us think that one group is born to dominate another.”

And she had lots more to say.

Just getting ready for December 6.

National Day of Action and Remembrance on Violence Against Women

All welcome.
Bring a rose and candle.
Ceremony goes on regardless of weather.

Quote:
A ceremony on Mount Royal will shoot 14 beams of light into the sky to commemorate the victims. 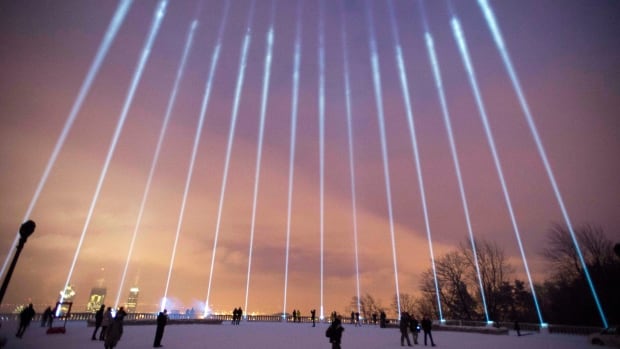 [url=http://canadianlabour.ca/news/news-archive/dec-6-clc-focuses-domestic-vi... Dec. 6, CLC focuses on domestic violence in the workplace[/url]

For the past two years, the Canadian Labour Congress has been spearheading an initiative to address the impact of domestic violence in the workplace.  According to a recent cross-Canada survey conducted by the CLC and researchers at the University of Western Ontario, one in three workers has experienced domestic violence, and this violence follows them to work. Over 80 percent of victims reported that their performance was negatively impacted, and more than half said the abuse occurred at or near their workplace.

“Domestic violence is a significant issue for Canadian workers, and it affects everyone,” said Barbara Byers, CLC Secretary-Treasurer. “Unions can help by negotiating workplace solutions like paid leaves, safety planning and women’s advocate programs, by lobbying for improved health and safety legislation, and providing training for stewards and other union representatives.”

On December 6, the National Day of Remembrance and Action on Violence Against Women, the CLC will launch a new online Domestic Violence Resource Centre.

Remembering. And renewing the pledge.

You beat me to that, though of course it isn't a race.

It is depressing to look at the resurgence in misogyny, often coupled with racism or other means of demeaning human beings. I think in particular of the ongoing tragedy of how Indigenous women are treated.

What about "Lock her up! Lock her up!" in reference to the Alberta demonstrators chanting in Edmonton against the carbon tax by the Rachael Knotley government? Rona Ambrose was not impressed with the chanting. She specifically referred to the chants as being unoriginal, but no one in the Conservative party referred to the violent and mysogynistic tone of the chants because Premier Knotley is a woman. There seems to be an escalation of violent threats against female politicians in Alberta recently, and perhaps some of this is inspired by events in the United States, but this is my worry and concern today as I remember the young girls who were shot in Montreal 27 years ago. So little has changed.

And yes, the MMIW, and the reports by women who were assaulted by police officers and nothing was done about it. Their cries for help and justice were never taken seriously. Shame!

The United Steelworkers (USW) National Women's Committee's anti-violence initiative has led to new contract language at the bargaining table for workers in Alberta.

"New provisions on domestic violence leave are an important precedent because domestic and sexual violence is still a problem in Canada," said Ray White, President of USW Local 1-207. "Thanks to the anti-violence work by our Women of Steel committee, we're doing something about domestic violence by negotiating leave provisions at the bargaining table."

The new contract for 160 employees at Rivercrest in Fort Saskatchewan, Alta., also includes 3% wage increases over the term of the agreement in an economic climate where rollbacks have been the opening position of health-care sector employers. The deal provides new night-shift premiums and updates language on a discrimination-free workplace consistent with the Human Rights Code in Alberta....

Remembering. And working for a better future.

Gazette reporters on coming to grasp the extent of the massacre - and its grounding in misogyny:

Francine Pelletier in Le Devoir, seeing a glimmer of light at the end of the tunnel: http://www.ledevoir.com/societe/actualites-en-societe/514757/lueur-au-bo...

We remember that Ms Pelletier was one of the killer' designated targets.

It was such a strange evening, and so strange at UdM for the rest of term (exam period)...

Manon Massé on why we have to remember (violence, but also the resurgence of antifemininist discourse)

Manon Massé on why we have to remember (violence, but also the resurgence of antifemininist discourse) 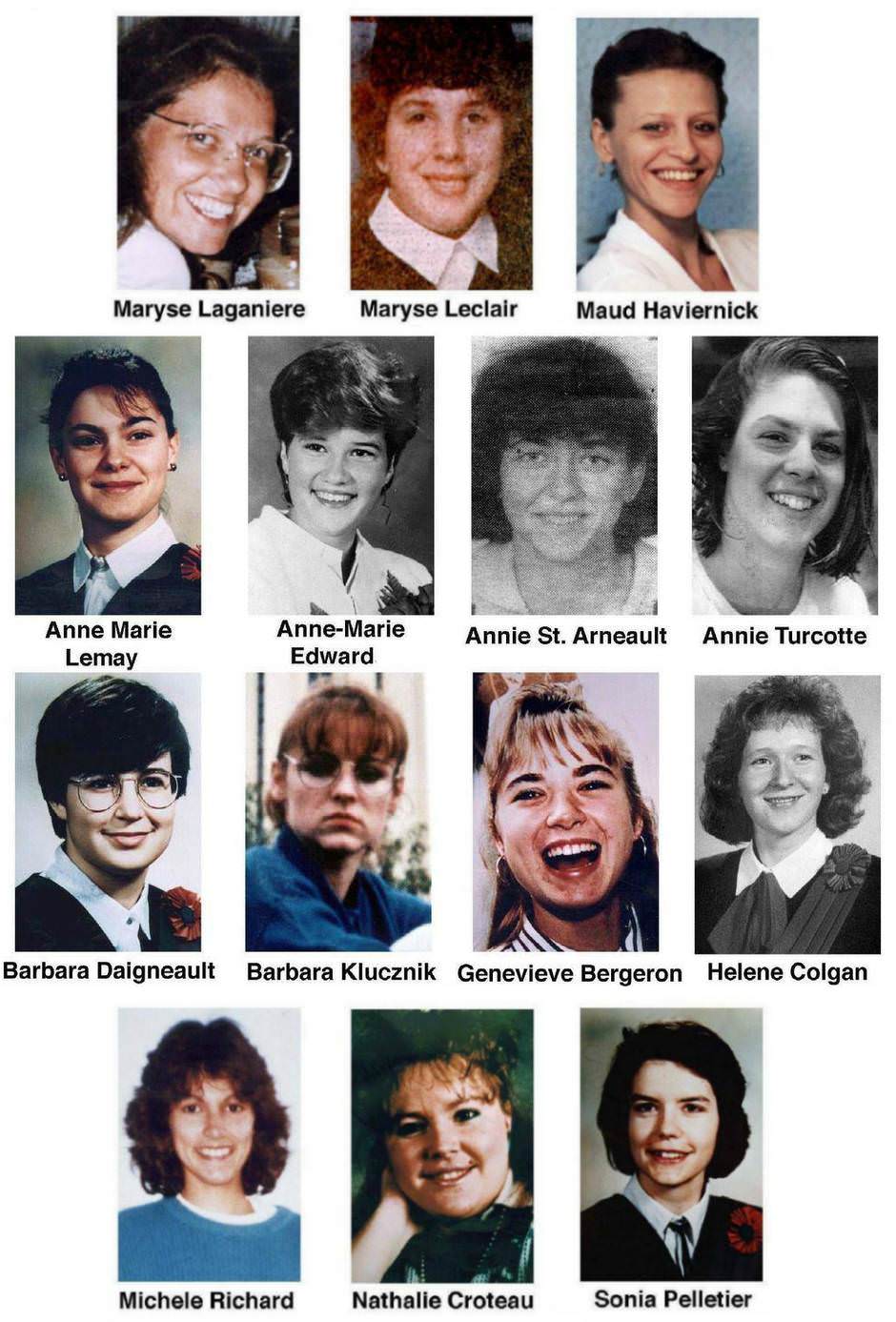 was just coming to look for this thread. thank you Unionist.

was 10 years old and the impact on my mom and thus on me was significant.

think it was the first learning of women get hurt and die for just being women.

I was running some errands in Parc-Extension (the neighbourhood just west of mine) and saw some young women (not born then) with a large banner in the public square in front of the "Provigo-le-marché" (formerly Loblaws) speaking out against misogynist violence. Of course I stopped for a chat.

was just coming to look for this thread. thank you Unionist.

was 10 years old and the impact on my mom and thus on me was significant.

think it was the first learning of women get hurt and die for just being women.

For being women who dared to be educated and participate in professional society. Pre-incel, but just as much.

..want to add my voice to say thanks for this thread.