stay close to me.
Don't let me be alone;
It's tearing apart
My blue, blue heart.

Listening to her now.  Cool.

I get the feeling that Janis Joplin has lived through quite a few of the greats. I hear Joplin a little here with Joan Osborne, and I hear Joplin's whisky voice when Plant sings Whole Lotta Love. Steven Tyler does Joplin a lot. Janis and Aretha are the queens of rock and soul imo. 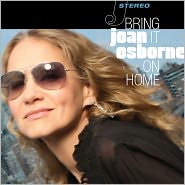 Yeah, I love those old Stan Rogers and Gordon Lightfoot albums. And Murray McLauchlin and Joni Mitchell and Kate and Anna McGarrigle and... geez, this country produced a lot of great talent way back then.

In honour of Conservative budget day, I'm listening to Ian Robb's "They're taking it away".

The melody is [url=http://www.youtube.com/watch?v=SKjLn08B7Cs]here[/url], and someone has kindly posted the lyrics [url=http://www.mudcat.org/thread.cfm?threadid=16998]here[/url] - so you can sing along with the tune in the background.

Oh our government's elected in the democratic way
A-whining at the cost of all the things they have to pay
And the bully-boys on Bay Street, you can hear the bastards say,
"To hell with paying taxes, pull the safety-net away!"

If you're native, black, or Asian, if you're feminist or gay
If you're just a little different from the most of us today
If you want to make your point or if you want to have your way
You can spit into the wind for they have taken it away.

And the chorus (to the same tune):

My emphasis, of course.

Yeah, I think Any Day Now is the one. Sorry, can't download Utube on dialup.

Sorry, didn't know that. The video was from a 1969(?) TV special, showing Earl Scruggs & Joan Baez performing "Love Is Just A Four Letter Word". Then I see this morning that Earl Scruggs died yesterday at the age of 88:

Yeah, Earl was one of the greats.

I'd say half of the artists on this album are musicians I've never heard before.

Lots of music, though - this is four CDs.

Some strange stuff, especially Flogging Molly (yeah, that's their name) singing The Times they are a-changing. So awful I had to skip to the next song after a minute. And the next artist (Fistful of Mercy) is just as bad, so I skipped that one, too.

I dread hearing Sinead O'Connor singing "Property of Jesus" which is coming up in a few minutes.

Dylan himself must be embarrassed by some of the dreck in this collection.

ETA: Side Four is the best of the lot; especially #7 which is Thea Gilmore singing "I'll Remember You".

Kids playing this. Nice beat. Fucked up message. Trying to parse it.

We gotta figure the kids out. Why do I try? My niece is laughing @ me.

I can't stand Geddy Lee's voice. Sounds like he's been castrated with a rusty knife.

[url=http://www.youtube.com/watch?v=AnrM4UjaQmY]What about the voice of Geddy Lee... how did it get so high? I wonder if he speaks like an ordinary guy.[/url]

Another Day in Paradise?

May the Cube Be With You

Eye of the Tiger

Rocky II wrote:
Rocky: [noticing Mickey's hearing aid] What's that in your ear there?
Mickey: What it is, is I hear stupid things better.

Well after that sun shower maybe Gene Kelly? Or am I just a fool in the rain?

[quote=Zeppelin]I'll run in the rain till I'm breathless
When I'm breathless I'll run till I drop, hey
The thoughts of a fool's kind of careless
I'm just a fool waiting on the wrong block, oh yeah
Light of the love that I found...[/quote]

That's easy for you to say.

Been on a country music kick this week - mostly old Kristofferson, Cash, Dolly Parton, and some Shania Twain. Better than that phony artifical crap found on CMT these days. I saw Kristofferson live at a coffee house in Ottawa 40+ years ago around the time of his very first album.

Well my old MP3 player died (it had a long life) and I have been spending the afternoon ripping CDs to fill up the replacement one (a quarter the cost of the ancient one, and 3.5 times the capacity) - so I have been hearing a lot of Joan Armatrading. R.E.M., The Replacements and The Roches too (can you tell the "Rs" are on my desk as I type), but mostly Joan.

Have gone back to the 60s and 70s with Dusty Springfield and Linda Ronstadt. Good stuff.

Which Side Are You On? Natalie Merchant

Photos from the earlier class wars and union strikes and then photos from 2011. Beautiful version a song performed by many.

Sweet Honey In The Rock- I Be Your Water

Hanging out with the slovenian art crew downstairs, I find myself listening to a lot of Laibach lately.

There is no movement without rhythm

There is no movement without rhythm

Now that's a great video. Reminds me how much music's always been an ever-present companion. I'm in a rediscovering triphop phase just now. Antrabata

'Porcelain', Moby from the film The Beach and imagining I'm there "in paradise" on Ko Phi Phi Lee island. As the character Etienne said, it's so effing beautiful.