It may sound like science fiction, but using your brain waves to control the environment around you, like the lights in your home or even your toaster, is already a reality.

One Toronto-based company has developed a system called thought-control computing and it's exploring a range of commercial opportunities that include screens on airplanes and video games.

Its philosophy is simple: If you can plug it in, you can control it with your brain.

I've heard of this..

Although, doesn't thought control usually refer to people's minds being controlled, not the other way around?

It's the thought that counts.

We are in the realm where science seems like magic. A person hooked up right, just by thinking, can turn on the lights in a house or start other machinery.  Can this technology by used in assembly line production or high skilled work- the ultimate CAD?  Waldo's doing surgery according to the surgeon thoughts? in aviation or other forms of transport, just by "wishing" you turn the ship. Can you kill by a thought? 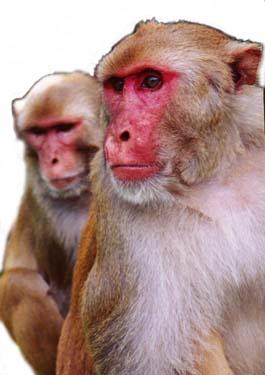 Quote:
Monkeys that can move a robot arm with thoughts alone have brought the merger of mind and machine one step closer.

In experiments at Duke University, implants in the monkeys' brains picked up brain signals and sent them to a robotic arm, which carried out reaching and grasping movements on a computer screen driven only by the monkeys' thoughts.

The achievement is a significant advance in the continuing effort to devise thought-controlled machines that could be a great benefit for people who are paralyzed, or have lost control over their physical movements.

In previous experiments, some in the same laboratory at Duke, both humans and monkeys have had their brains wired so they could move cursors on computer screens just by thinking about it. And wired monkeys have moved robot arms by making a motion with their own arms. The new research, however, involves thought-controlled robotic action that does not depend on physical movement by the monkey and that involves the complex muscular activities of reaching and grasping. 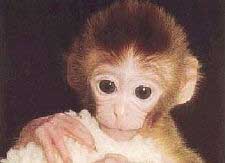 Quote:
Going one step further, her team then trained the monkey to simply think about a movement, without reaching out and touching the screen. A computer program, hooked up to the implanted electrodes, interpreted the monkey's thoughts by tracking flare-ups of brain cell activity. The computer then moved a cursor on the computer screen in accordance with the monkey's desires--left or right, up or down, wherever ``the electrical (brain) pattern tells us the monkey is planning to reach,'' according to Meeker.

Any control of brain wave rhythms have physiological correlations in regards to temperature and measure of heart beats. This technical observance of meditative practice is also a medical methodology toward that idea of meditation. It's called Quieting.

It is a layman's observance of these measures which are used to help the person gauge progress through those quieting times. This record keeping helps to build confidence. Also from my perspective this is where cursor control becomes understood, not just with neurological path tracking.

The scientific study of the physiological effects of meditation began in the early 1960s. These studies prove that meditation affects metabolism, the endocrine system, the central nervous system, and the autonomic nervous system. In one study, three advanced practitioners of Tibetan Buddhist meditation practices demonstrated the ability to increase "inner heat" as much as 61%. During a different meditative practice they were able to dramatically slow down the rate at which their bodies consumed oxygen. Preliminary research shows that mindfulness meditation is associated with increased levels of melatonin. These findings suggest a potential role for meditation in the treatment and prevention of breast and prostrate cancer.

Despite the inherent difficulties in designing research studies, there is a large amount of evidence of the medical benefits of meditation. Meditation is particularly effective as a treatment for chronic pain. Studies have shown meditation reduces symptoms of pain and pain-related drug use. In a four-year follow-up study, the majority of patients in a MBSR program reported "moderate to great improvement" in pain as a result of participation in the program.

Meditation may also be an effective treatment for coronary artery disease. A study of 21 patients practicing TM for eight months showed increases in their amount of exercise tolerance, amount of workload, and a delay in the onset of ST-segment depression. Meditation is also an important part of Dean Ornish's program, which has been proven to reverse coronary artery disease.

Research also suggests that meditation is effective in the treatment of chemical dependency. Gelderloos and others reviewed 24 studies and reported that all of them showed that TM is helpful in programs to stop smoking and also in programs for drug and alcohol abuse. Studies also imply that meditation is helpful in reducing symptoms of anxiety and in treating anxiety-related disorders.

Furthermore, a study in 1998 of 37 psoriasis patients showed that those practicing mindfulness meditation had more rapid clearing of their skin condition, with standard UV light treatment, than the control subjects. Another study found that meditation decreased the symptoms of fibromyalgia; over half of the patients reported significant improvement. Meditation was one of several stress management techniques used in a small study of HIV-positive men. The study showed improvements in the T-cell counts of the men, as well as in several psychological measures of well-being.