Riot of an interview with Gian Gomeshi on CBC Radio Q.

All over the place.

But among other things- Rick Salutin gets canned with narry a peep, and we get more Christie Blantchford, that obscene cop funeral... etc.

I dont watch TV [any], and am not familiar with him,

but would he be brother to Danny Finkleman, who used to have the Saturday night CBC Radio program?

Where's Danny these days?  And whatever happened to Joe Fan...not to mention Jack Farr?

My guess would be that either the mothership decided that Danny's show appealed to too old/narrow a demographic. Or maybe he retired from the mothership.

The family resemblance was just too obvious. Charming cranky contrarians.

I didnt agree with many of the ideas Danny claimed to hold... but I loved listening to him expound and pontificate. "Me and David Suzuki are going to duke it out."  Etc.

I heard the interview. Kenny was great! He slammed the G20 police actions, then slammed the media (CBC mainly) for its sycophantic coverage of a cop funeral where they simply gave the podium to the cops for their propaganda. He said "cops are thugs". When asked by Gomeshi, "All of them?", he said, "they have a thuggish culture", and carried on.

He said, "why do you think a cop removes his badge? So they beat people up without being identifiable. There can't be any other reason. They should be fired." and so on. Bravo!

[These are paraphrases, of course - I'll look to see if this gets podcasted.]

Yes, Kenny and Danny are brothers - Winnipeggers from way back. Danny's show was classic, but I have to admit that Randy's is far better (that's a debate for another thread!). Another Winnipegger.

Anyway, isn't it a sign of our times that a satirist/comic like Kenny Finkleman should be able to peg the truth, in a few incisive words, where our noble "journalists" are too nervous to even venture?

I always thought he was a stockbroker.

Danny retired and there is a club that meets in Ottawa regularly.  We used to listen to Finkleman's 45's every week ("Last dance, slow dance").  Danny and Arthur Black were radio you scheduled your life around.

Danny and Arthur Black were radio you scheduled your life around.

Yeah, if you had no life on a Saturday night. I can identify with that. Arthur Black used to be on Sunday afternoon or thereabouts, no?

Maybe Danny was or is a stockbroker.

But maybe he was a CBC producer. [Although I have a hard time seeing him fitting in to being a cog in the works.]

He did emenate the persona of the cynical stockbroker.

Where's Danny these days?  And whatever happened to Joe Fan...not to mention Jack Farr?

Fight large! Bill Casselman's movie reviews on "The Radio Show" were brilliant, as was just about everything else the old fighter said on that programme.

The content of today's dismal Saturday afternoon programming (except for "The Debaters") doesn't even pale in comparison - there is no category by which the two can be compared.

What about Quirks and Quarks?

That was on even before "The Radio Show" (David Suzuki following Danny Finkleman ) - and it's a noon-hour show, so doesn't quite count anyway - and it hasn't changed all that much since the 70s.

It's a show that connects  you to your childhood,  so therefore  it  is not  dismal?

Yeah, that must be it.

I think the first few of Danny's rants I heard pissed me off.

But they quickly grew on me.

We all have different tastes in art.

I can still hear Danny taking a pause, drawing in a breath in that supremely arrogant and imperious manner...

That looks like audio only to me - here it is in video:

They did not play the interview on the evening edition of Q, the CBC censoring yet again. I went to the Q website to listen and I thouhgt Ken was brilliant. It is great to hear the cops identified as the thugs they are as well as naming a few thuggish journalists that somehow get airtime on cbc

I'm  not  a big fan of  Dan finkleman or his  brother.  Danny's lectures  on everything  from  Mort Saul to tire swings  were  boring.  My dad  claimed to hate the man,  but tuned in every chance  he got, it was terrible.  Every fifteen minutes dad would say, "Danny, you fucking idiot!" but he wouldn't switch off the radio. Dan's musical line up sucked.  The same songs got repeated over and over.

Ken,  regardless of  his lefty  politics, strikes me as arrogant and  seems to be more interested  in making  shitty art films then creating good  TV.  The series finale of the Newsroom was horrible.  What was point of that episode?   Why did he tell the story of a magical bird woman to complete a series which up until that point had been about politics and the media?

Ghomeshi sure scrambled to cut Finkleman off when he started with the political comments. I can imagine somebody screaming into Ghomeshi's headphones to wrap it up and get him off the air pronto!

And before that he was annoyingly obtuse with his stupid insistence that something can't be "comedy" unless it makes you laugh.

I actually think Ghomeshi handled that well, considering where he is.

He did not cut Kenny off. After Finkleman was done he said, "I'll be getting calls on how I let you go." Covering his ass isnt ideal, but it isnt cutting people off.

His line he was trying to ask about comedy was dumb. But then he gave up on the script and ran with it. I've seen that before where he is trying to control the interview with someone who is especially witty and eruptive- taking his role too seriously- then realizes and just lets the guest go.

Well, the interview was a nice treat for me. Just when I'm about to dismiss my native culture as a bunch of witless sheep, a fella like Mr.Finkleman comes along and reminds me that a lot of what goes through my head also occurs to other warm-blooded bipeds out there and I am not from another planet. I look forward to his show. Ghomeshi was a good deal more mealymouthed than I expected and in that regard disappointed. But perhaps his is a difficult position.

Bravo Kenny! He said what many people think. As for Ghomeshi, why do we assume that CBC interviewers must reflect regressive opinions? If he's worried about his job, can't he say: "Listen Ken, I'd like to agree with much of what you're saying and in fact it's what I hear from lots of people about the police and the media - but I'm afraid for my job - what do you think of that?"

Anyway, given the amount of comment so far, there is reason to hope this gem of an interview will carve out a tiny space in Canadian cultural/political history:

[Lots and lots of comments!]

That Toronto Life article is terrible. Let's post better ones as they come in, I hope!

Ghomeshi has a left-wing pedigree. He was President of the York Federation of Students and campaign coordinator for CFS-O back in the early nineties.

Ghomeshi mealy mouthed or not, its good people got to hear "No, all cops are not thugs, but its a thug culture."

That is all too rare, and I'll give Ghomeshi his share of the credit anyway.

If the CBC were as right wing as some claim, Finkleman would have been lined up against the wall of the CBC cafeteria and shot.

Or, they'd make a note not to invite him again to a live interview. Same difference either way.

Eeyore couldn't have put it better.

Ghomeshi has a left-wing pedigree. He was President of the York Federation of Students and campaign coordinator for CFS-O back in the early nineties.

ah that explains it...

So happy to help you understand "it", NDPP.

You could have used a picture: 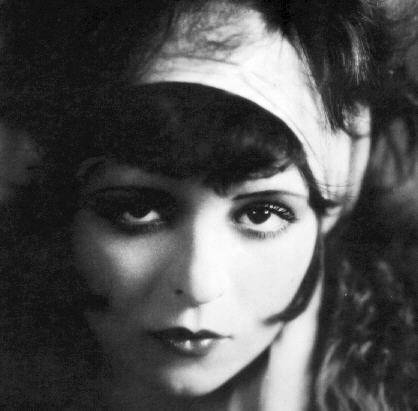