The GOP’s Worst Nightmare SCOTUS NomineeTino Cuellar. California judge. Mexican-American. Harvard. Yale. Stanford. How many Latino votes you think the GOP’d get if they block him?

Trump and Drudge for the win, again: Matt Drudge’s army is bigger than the RNC’s

Yes, Trump got booed by GOP loyalists at the debate. But the reaction that matters, again, was afterwards on Drudge

If Sanders were to become President Leo Gerard would be a suitable Min of Labour.

The TPP would be the final death blow to American manufacturingNAFTA leveled the country's factory workers. The latest trade agreement threatens to reduce their wages to nothing

Sanders pushes back on DNC reversal on contributions

Democratic presidential candidate Bernie Sanders launched a petition on Sunday urging the Democratic National Committee to reverse its decision to lift a ban on campaign contributions by lobbyists, according to the International Business Times.

The senator's campaign also urged rival Hillary Clinton to push back against the DNC's decision.

“We support the restrictions that President Obama put in place, and we hope Secretary Clinton will join us in supporting the president,” campaign representative Michael Briggs told the IB Times.

“If we are to restore a vibrant democracy in this country, it is long past time to break the link between money and special-interest favors in politics,” campaign manager Jeff Weaver said in an email sent to supporters, according to the outlet.

The DNC last week rolled back restrictions that put a ban on donations from federal lobbyists and PACs.

The Pragmatic Case for Bernie Sanders

Political and social change emanate from persistent pressure for a just world, not settling for what is “realistic” before even getting to the negotiating table.

Black Lawmakers And Their Staffers Split On Bernie Sanders

The generational divide in Democratic politics is exploding into public view these days. Last week, the Congressional Black Caucus PAC endorsed Hillary Clinton in a display of unity. Inside the CBC, there’s less unity — some young staffers like Bernie, or don’t like the attacks on him, or have questions about the Clintons.

Someone needs to clue Clinton into the fact that the "Big Short" is not based on fiction. But then she already knows that.

Director of ‘The Big Short' on Clinton: I really want her to see my movie

The Democratic Party is not what people perceive it to be.

The Race to Lose the White House

America's struggling political families put their former presidents on the trail to secure a win in South Carolina.

George W. Bush and Bill Clinton are about to share another title — surrogate-in-chief.

The two former presidents are hitting the campaign trail in South Carolina, hoping to make a difference for their family members’ flailing campaigns in this critical 2016 battleground state.

We Now Join the U.S. Class War Already in Progress

Neither Trump nor Sanders started the nation’s current class war—the biggest fight over class since the New Deal—but both candidates, as different as they are, have benefited.

Clinton Backs Into a New Corner

If she thinks America is such a mess, why wouldn't we want something different?

Trump is holding a presser in SC soon where he will be saying George W is now fair game for Republicans to attack.

Sanders' problem is how he can do the same thing to the Democrats and still get their vote?  This is Sanders' dilemma

Trump just said Obama is the worst negotiator he knows except for the Republican Congress.

Trump "what does that means he kept the country safe after 9/11. What about during?"

Trump used a great baseball analogy saying a team had 18 or whatever runs scored on them in the first inning, but they are playing well in the second inning.

If Trump can win SC, he can win anywhere

Maybe when Trump says as he just did that his competition is all bot and paid for I wonder if that helps Sanders' campaign as well.

Trump is now threatening to sue Cruz. There are already lawsuits started about his eligibility cus born in Canada

Trump also is attacking the RNC so again is opening the door to running as an Ind.

Why Bernie Sanders decided to run for president

The tactics used for a political revolution can rub people the wrong way. “Some of this outsider, upstart shit can work in other places.”

How the Vermont Senator can distinguish himself from other candidates with a global vision. 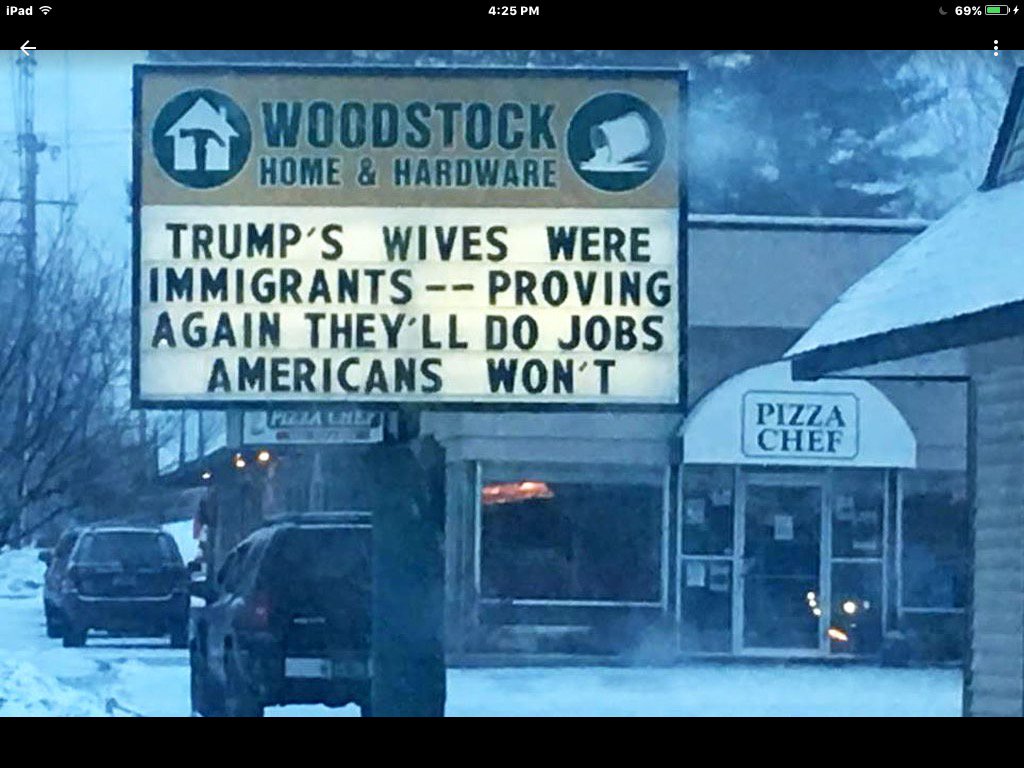 Americans must protect themselves from domestic morons.

Obama has begun his deliberations on whom to nominate for the Supreme Court. I hope he puts a liberal in there and doesn't wimp out on the American people because of all the GOP bluster.

The GOP will not approve any Obama Supreme Court nominee, unless it is creating too much of a backlash against the GOP candidates in the Congressional elections, which it may indeed do.

A Presidential Senate recess appointment probably is not going to cut it.

My hunch: The President's nominee will not be approved unless Obama appoints someone accetable to the GOP. And then one has to ask, what's the point?

So, what do you think, who is going to get their nominee for the Supreme Court approved?

Sanders - who would he nominate

Obama - with a GOP controlled Senate, chances are very slim.

The Republican Supreme Court tantrum is a gift to Democrats, especially to Hillary Clinton

Republicans plan to block Obama's SCOTUS nominee, but doing so will hurt their already tattered reputation

So, what do you think, who is going to get their nominee for the Supreme Court approved?

Sanders - who would he nominate

Obama - with a GOP controlled Senate, chances are very slim.

If they drag it on past the election, and the Democratic candidate wins, I think they may approve Obama's choice before he leaves office.  And, again, if the Democrats win the senate, there is a two-three week window in January when they could approve the nominee regardless of who wins for president.  It would require them to use the "nuclear option" to break the filibuster which, given the Republicans' obstructionism, I'm sure they would do.

Black and Latino Voters Sway From Clinton to Sanders

If Sanders stays on message, Clinton will see the nomination disappear like it did in '08 against Obama