In interviews, Americans who deplore Donald J. Trump’s call to ban Muslim immigrants say they are nonetheless more fearful after the rampage in California.

Talk of Terrorism in California That No One Took Seriously

A childhood friend of Syed Rizwan Farook has become a crucial if unlikely figure in the investigation of the California attack.

The GOP can’t believe this is really happening: The 7 biggest establishment freakouts in the wake of Trump’s fascist turn

Lindsey Graham gives the Donald a piece of his mind, or what's left of it, while Reince Priebus quietly fumes

Is Donald Trump a 2016 Manchurian candidate? 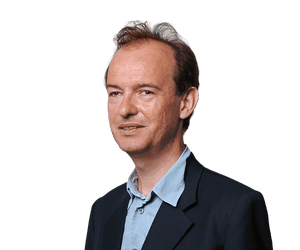 Republicanism Trumps Religion When It Comes To Anti-Muslim Sentiment

Who – if anybody – is advising Donald Trump?

So what responsibility do parents have in situations like this?

Support pours in for Donald Trump after rants against Muslims

REPUBLICAN frontrunner Donald Trump is spending a fraction of his Democrat rival Hillary Clinton as he continues to dominate political debate in the United States.

How a radical group of Republicans pushed Congress to the right.

It’s a very ugly political moment, but there it is: The Republican Party is now home to millions of people who would throw out the Constitution, welcome a police state against Latinos and Muslims, and enforce a religious test for entry into a country built by people fleeing religious persecution. This stuff polls well in their party, even if the Bill of Rights does not.

Trump’s proposal — “a total and complete shutdown of Muslims entering the United States” — is not just flotsam from the lunatic fringe. Well, it is. But the fringe is huge: Early polls show a plurality of Republican voters agree with Trump on banning all Muslims. And many would go even further.

“Add in every other kind of immigrant and it’s perfect,” tweeted Ann Coulter, who sells xenophobia as a mean girl provocateur, with many friends in the far right media universe.

CARL ICAHN WARNS: I think the meltdown is only just beginning

Trump: 'I have far better judgment' than Cruz

Looks like the GOP has just been hit by a "Cruz" missile.

The billionaire businessman surges to 41 percent after releasing proposal to ban all Muslims from entering the U.S.

How Donald Trump took the Republican Party by storm

Iowa Isn’t The State Presidential Candidates Pretend It Is

Quote:
Polls Suggest Trump Will Win Between 8 Percent And 64 Percent Of The Vote

The reading of chicken entrails suggests somewhere between 7 percent and 68 percent.

I think it really depends on the voting machine.

Donald Trump on debate: 'It's gonna be good'

At Las Vegas, Cruz may have a Trump problem

Less than 3.5 hours to the GOP debate on CNN.

After wht happened to the LA school system today, t's been another good day for Donald Trump. At least so far!

Where is Jeb Bush?

This is a terrorism debate today for the GOP.

After last nite Trump will continue to lead this motley group of clowns.

As a field of boutique candidates caters to the well-heeled, the frontrunner dominates the down-market demographic.

The Fifth Republican Debate Ends In A Nine-Way Draw

The Secret of Trump’s Success

From Trump to Sanders: The 'Lesser Evil' Syndrome Strikes Again

"...Today's political/electoral drama, almost always devoid of the crooked corporate machinations that lead to tax cuts and other perks for the super-wealthy, can best be summarized: 'The Republicans talk the talk: The Democrats walk the walk."

What a bunch of freaks! Let's hope so!