Conrad Black is an embarrassment

Trump will lose. America's COVID apocalypse will be the main driver of his defeat.

I agree that the Democrats do not have a great record on foreign policy. Bush Sr and Jr were perhaps worse but Clinton and Obama also did a great deal of damage on the world stage.

Jimmy Dore: Biden is Not the Antidote to Trump

"The idea that Joe Biden is the antidote to Donald Trump - when he has a worse record - is mental gymnastics games that people have to play in their heads because they can't stand Trump being such a jackass on TV. Biden is a warmonger. He's been for every war I can think of. I'd rather fight a wolf in wolf's clothing than a wolf in sheep's clothing, and that's what Barack Obama and Joe Biden are..."

"America is locked n loaded for the post Election 2020 rumble."

"We'll be streaming here with a line-up of guests."

The United States: Merchant of Death and Destruction (and vid)

"Whoever wins today continues this legacy."

I'm here to remind you that Trump could still win

Well that didn't take long. Americans are still voting and the lawyers are in there like dirty shirts But to be expected from Trump in a swing state.

Pennsylvania county under scrutiny as judge weighs in on claims ballots were canvassed early, changed: report.

I think this was always the most likely scenario. Biden is as advertised: an extremely weak candidate. He still might win enough electoral college votes but it could be close enough for Trump to use the courts to steal it. If Trump wins the electoral college, the Democrats deserve the loss but if Trump needs to use the courts, people better be ready to take to the streets. Not just in the US.

It doesn't look like the Democrats will win the Senate, so basically Trump is untouchable.

Although a Biden win is still probable once all ballots are counted, the widely predicted 'Blue Wave' never materialized, the msm and polling was again badly skewed, and the Dems did not have the night all predicted. Clearly, despite 200,000 COVID-19 dead and 4 years of relentless, baseless Dem instigated Russiagate demonization, Donald Trump still has significant purchase with a substantial cross section of American voters.

Forget his aspirational nonsense about stopping the counting or a Supreme Court challenge. There is no legal basis for such an action and it is likely the counting will proceed to its conclusion. But no matter which US duopoly criminal ultimately wins, the election results indicate substantial and fundamental divisions within American society that do not bode well for the unraveling hegemon.

"The idea that everything will be fine once Trump's gone is more dangerous than Trump."

Preliminary Observations on the US Presidential Elections

"As of early Wednesday morning, the US presidential election remains undecided. That fact that the election is so close, however, is a devastating indictment of the Democratic Party and its inability to prevent any progressive alternative to the fascistic policies of the Trump administration..."

Preliminary Observations on the US Presidential Elections

"As of early Wednesday morning, the US presidential election remains undecided. That fact that the election is so close, however, is a devastating indictment of the Democratic Party and its inability to prevent any progressive alternative to the fascistic policies of the Trump administration..."

George Galloway: Has Trump Won? Well, as Bill Clinton Might Say, It Depends What You Mean By 'Won'

"...Virtually every commentator in [North] America is left with egg on their face. There was no 'blue wave'. The Democratic gamble of fielding, for the second time running, the only candidate who could lose to Donald Trump has clearly failed whatever happens next."

Should have gone with Bernie.

Should have gone with Bernie.

Agreed. But can we also agree that that's the one lesson the Democratic Party (and all its hangers-on) will not draw from this experience?

I don't mind waiting a little bit for the election results now.   Just remember, Rome wasn't burnt in a day.

What a disaster for the Democrats
Biden will probably end up with the most electoral college votes, but Trump is going to fight this tooth and nail and attempt to bring it to the Supreme Court
But even if Biden wins the GOP has the Senate and the Democrats barely won the House of Representatives, so its a dead end as far as legislation is concerned The big losers are of course the American people but we will pay a price in Canada as well
What is it about the West Coast in both Canada and the USA that makes their voters more progressive?

The following states are still too close to call.

The big winner in all this: Mitch McConnell

Greenwald: The US Inability to Count Votes is a National Disgrace. And Dangerous

"...An already frazzled, intensely polarized and increasingly hostile populace now has to confront yet another election in the richest and most technologically advanced country on earth where the votes cannot be counted in a way that inspires even minimal degrees of confidence."

"At least 13,500 misprinted absentee ballots in two counties will have their votes transcribed by poll workers possibly delaying results. The state Supreme Court refused to issue a ruling on the ballots at issue, which cannot be fed into electronic tabulating machines..."

These things happen, right?  (Accidental or designed-what a shitshow! )

Conservatives are gleeful this morning and why shouldn't they be!

Must have it's in the New York Times.

"With Nevada elections results too close to call the morning after Election Day, there is going to be a one-day pause in the releasing of any new vote totals."

People have things to do. Got a problem with that? Go Joe Go! 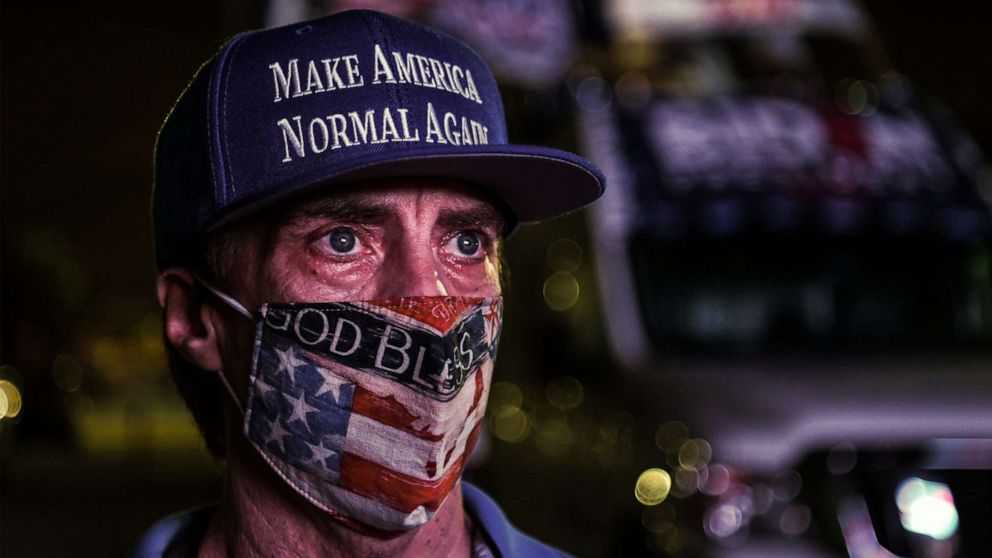 What can we expect from the Trump Entertainment Circus, err.... Industry today?

Biden is likely to win, but overall a very disappointing election for Democrats.

The Trumpist "Sharpigate" conspiracy theory in the linked video is just that.

The Independent has more plausible reasons for Arizona going Biden; not the least of it is the cult of McCain trumping the cult of Trump

Who could have guessed having Republicans in your campaign and at your convention might hurt you downballot?

The Democratic Party of Schumer, Pelosi and Biden is a party of ghouls. If there isn't a complete clearing out of the leadership, the next election will be horrifying.

Who could have guessed having Republicans in your campaign and at your convention might hurt you downballot?

The Democratic Party of Schumer, Pelosi and Biden is a party of ghouls. If there isn't a complete clearing out of the leadership, the next election will be horrifying.

I don't know if you've seen it or not, but Nathan J. Robinson names the same 3 Dem "leaders" when he takes the party to task in this article.

If Joe Biden couldn’t thrash Trump under these circumstances, God only knows how he could have won if COVID-19 hadn’t happened. Trump has been an abysmal president. His approach to climate change threatens the lives of countless human beings. The case against him should be open-and-shut. Yet the Democratic Party lost to him once and has come close to doing it again. How?

Nathan J. Robinson names the same 3 Dem "leaders" when he takes the party to task in this article.

From that same piece:

I do not know if anyone could name Biden’s signature promises, beyond “not banning fracking,” “not passing the Green New Deal,” and “not wanting Medicare for All.”

C'mon, man! Give voters more credit that that. I'm sure some of them could also name Biden's signature promise of "not defunding police". /s

"Chaos, violence, legal challenges, voter suppression and party suppression all culminated in the pathetic display of democratic degradation on Election Day. After two decades of losing wars, plus the economic collapse of 2008, the response to COVID-19, and now the election debacle, if there were any doubts the US is a morally exhausted empire in irreversible decline, they would have been erased with yesterday's anti-democratic spectacle.

For those of us who have been historically subjected to the colonial fascism that is the US settler project, the liberal-left argument that the Trump regime represents some fundamental departure from previous administrations that were equally committed to white power and that he is an existential threat (to whom, we are not clear) remains unpersuasive..."

"...As Wikileaks revealed, Hillary Clinton's operatives encouraged Democrat-friendly media to boost Trump's candidacy, believing he was a straw man that she could easily knock down. As a result, The White Man's Champion got an estimated $5 billion in free airtime - and ultimately won the Electoral College, setting off a civil war within the ruling class that has raged for four years, and will likely not end if Trump is evicted from the White House this time around.

The Democrats wanted to run on race as much as Trump did, because only a race-based campaign allowed them to avoid any commitment to bread and butter issues - universal healthcare, jobs and income security, free public higher education - that threaten the bi-partisan austerity regime (The Race to the Bottom).

Bernie Sanders not Donald Trump was seen as the near-existential threat to corporate governance. Therefore, the Democrats and their corporate media partners twice ruthlessly elminated Sanders from the equation so that they could run against Trump on race, and virtually nothing else. If, when the dust clears, the Democrats have won the presidency, they have only 'saved' the public from a Frankenstein of their own, meticulous making..."