Rabble's own Duncan Cameron is showing us how Biden's full employment policies might help Canadians!:

In a full employment economy, it costs companies to maintain workers or hire new employees.

A redistribution of income -- from business profits to workers' wages -- is a classic social democratic policy objective.

Such a redistribution, should it occur, is the opposite of what has happened under neoliberalism, where workers' incomes have not kept up with investment income.

Joe Biden to rich donors: 'Nothing would fundamentally change' if he is elected

Remarks by President Biden on the Economy

"...Biden promises that US richest 1% will pay to rebuild US economy. Our choice: broken promises or system change."

"Joe Biden is trying to act like he's always been a friend of Black people. 'The state always adapts. An attempt to blend identity politics and intersectionality with imperialism,' said Ramiro Sebastien Funez on his podcast 'Unmasking Imperialism'."

(A similar political technique of 'woke' facadism, e.g. 'feminist foreign policy' etc, has long been an effective Canadian liberal-left attractant here. Many even seem to prefer the ersatz version to the real thing.)

"Joe Biden has been praised by liberals and even much the Left as a marked shift from Donald Trump's erratic and embarrassing presidency. This position takes on a decidedly class dimension whereby elites and their hangers on walk in lockstep with the Biden administration's political trajectory. Those heaping praise onto Biden ignore his neoliberal approach to domestic economic woes and express complete alignment with his foreign policy priorities.

"Like Democratic administrations before them, the Biden-Harris Whitehouse 'needs the Republicans to given them cover,' for failing to serve the needs of the people, said Dr Johnny Williams, a professor of sociology at Trinity College, in Hartford Connecticut.

Joe Biden's 'moderation leans towards the right,' while VP Kamala Harris has always been a cop,' said Williams."

'Under Biden, Trump era attacks on the First Amendment are Thriving'

"Unless Biden drops the Assange case entirely and ceases DoJ tactics against journalists and sources, no one can credibly say Biden supports a free press."

Notice once again the disgusting traditional babble practice of omerta when it comes to  criticizing American presidencies if they're Democrat?

London(CNN)Group of Seven finance ministers gathering in London agreed Saturday to back a global minimum tax of at least 15% on multinational companies. The G7 group also agreed that the biggest companies should pay tax where they generate sales, and not just where they have a physical presence.

UK finance minister Rishi Sunak announced the agreement in a video posted on Twitter Saturday, saying G7 finance ministers -- hailing from Canada, France, Germany, Italy, Japan, the UK and the US -- had "reached a historic agreement to reform the global tax system to make it fit for the global digital age and, crucially, to make sure that it's fair so that the right companies pay the right tax in the right places."

Re the above post. Chrystia Freeland claims this as her idea. And Biden does have a record of plagiarism. Actually it probably comes from the man who broke Glass- Steagal, Larry Summers, who advises both. As to it actually happening...Pull the other one it's got bells on. ' Nothing will fundamentally change.'

'Joe Biden to wealthy donors: Nothing will fundamentally change.'

'Do NOT Come!': Biden's immigrant-welcoming policy turns on a dime

"Kamela Harris has concluded her first trip to Latin America with a clear message - not everyone is free to come to the land of the free."

Notice those here who cheered on Joe Biden for campaign promises say absolutely nothing as he breaks them.

Shameful Dems Throw Ilhan Omar under the bus for TRUTH

"You're not allowed to tell the truth about US foreign policy."

Biden says US to buy and donate half-billion doses of Pfizer's Covid vaccine: 'We know the tragedy. We also know the path to recovery'

Falmouth, England(CNN)President Joe Biden announced Thursday evening that the United States plans to donate 500 million Pfizer Covid-19 vaccine doses globally as part of his efforts to reassert US leadership on the world stage.

"America knows first-hand the tragedy of this pandemic. We've had more people die in the United States than anywhere in the world, nearly 600,000 of our fellow Americans," Biden said in remarks after meeting with British Prime Minister Boris Johnson.

'Do NOT Come!': Biden's immigrant-welcoming policy turns on a dime

"Kamela Harris has concluded her first trip to Latin America with a clear message - not everyone is free to come to the land of the free."

Notice those here who cheered on Joe Biden for campaign promises say absolutely nothing as he breaks them.

Yeah, it's so glaring. If Trump had made this speech, the Liberal resistance would have been deafening but when it's the Democrats, we get crickets.

Even sports fans tend to be more self-aware and critical of their own side than most political partisans these days. It's incredible how bad this has gotten.

"This week has seen another revolting example of the Democratic Party's support for Israeli atrocities against the Palestinian population of the occupied West Bank and Gaza. House Speaker Nancy Pelosi and the rest of her House leadership team publicly rebuked Rep Ilhan Omar for criticizing 'unthinkable atrocities' committed by Israel and the US.

As millions around the world looked on in horror and disgust including [some] Israeli Jews who protested with Israeli Palestinians, all wings of the Democratic Party, including the so-called 'progressive' Bernie Sanders, proclaimed Israel's 'right to defend itself', i.e., the right of a massively armed occupying power to indiscriminately bomb and kill those it illegally occupies.

Omar's statement triggered a right-wing response by 12 Jewish Democrats for suggesting that Israel and the US are guilty of any terrorist activity or atrocities. Last month a number of Democrats sent a letter to President Biden asserting that accusing Israel of 'committing acts of terrorism was anti-Semitic..."

Another one bites the dust

"So the cause became #IStandWithIlhan while Ilhan Omar simultaneously doubles down on demonizing Palestinian resistance and praising Israel under pressure from the lobby! I reaffirm all my criticisms of her in the article above. Her latest comments are awful!"

"China is indeed rising to the 'enormous opportunities of this new age.' The US, well, not so much. And that is the crux of the whole situation. Europe won't line iup behind the US for its great war on China. And a war it is gonna be. The US can not win against China. How long will it take to recognize that?"

Even Wall Street Shills Understand Why the Democrats Failed

"The warmongering new director of CIA front USAID, Samantha Power, is traveling to Honduras, El Salvador and Guatemala this week as part of the neoliberal ''Biden Plan' to reassert US control over central America and destabilize Nicaragua's Sandanista government."

Isn't Samantha Power a protegé of Michael Ignatieff back when he was teaching at one of those eastern Ivy League universities? She certainly had a good position under the Obama administration, possibly more high profile than head of USAID, but still she is not someone to be ignored and not an arms-length administrator of USAID. Shame of how the US uses these NGO bodies to still do their bidding.

Power has always been a liberal imperialist and USAID could perhaps better be described as a PGO (Pro-governmental organization).

I think that this post is ageism. It merely shows a man who is past his retirement age acting normal for his age. People pushing 80 are not considered at the top of their game, by any sane system.

I think that this post is ageism. It merely shows a man who is past his retirement age acting normal for his age. People pushing 80 are not considered at the top of their game, by any sane system.

Yeah I agree. Biden's age and mental faculties are not the problem. I'd be fine with a senile Biden if he was surrounded by leftwing advisors. The problem is he's a longtime advocate for American empire and credit card companies and he surrounds himself with people who are the same.

"...Within the next few years Biogen will make a million times more money than it paid to Joe Biden's campaign."

"...Within the next few years Biogen will make a million times more money than it paid to Joe Biden's campaign."

I suspect that someone, in the Biden family of grifters, got a stock option or some such thing that makes the $76,000 look like chicken feed.

I suspect that someone, in the Biden family of grifters, got a stock option or some such thing that makes the $76,000 look like chicken feed.

Where did the first pooch get that "amazing stock tip" from?!? That made $76,000 look like dog food! 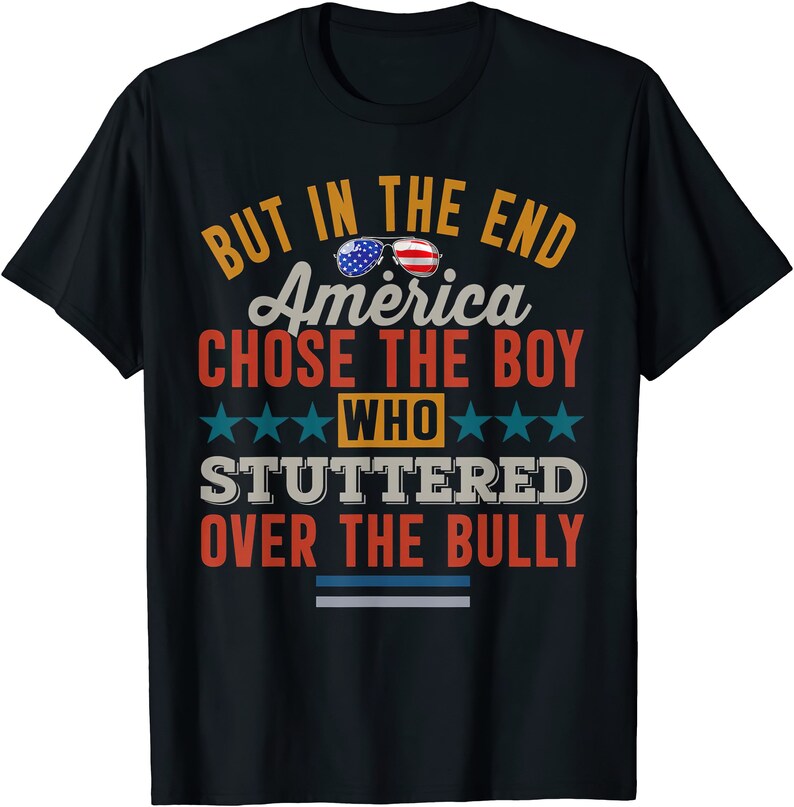