Justice Dept. grants immunity to staffer who set up Clinton email server. Here's what that means.

From Whitewater to Benghazi: A Clinton-Scandal Primer

A former aide to Hillary Clinton has been granted immunity in a criminal investigation, and the FBI is expected to question Clinton herself soon.

Just wondering why Tulsi did this.

Does she know something about Hillary and the emails?

Tulsi Gabbard: I Was Warned Against Breaking Away From Hillary

Well, since we all know everything HuffPoo features is true, might as well add this: As Campaign Unfolds, So Do Inquiries Into Hillary Clinton’s Emails

Hillary Clinton's email scandal, 'the greatest wild card' of the election, just got even more unpredictable

Realistically though, Obama's Justice Dept granting immunity. Do we really believe Obama is going to allow Clinton's campaign to be derailed?

There probably is no smoking gun here, at least for Clinton.

Hillary Clinton's email scandal, 'the greatest wild card' of the election, just got even more unpredictable

It's the lamest non-scandal ever. I'm not a supporter, but at worst she was negligent. It's BS.

I do think Clinton's support of the work killing free trade agreements is a bigger problem for her.

...providing the password to unlock her classified secrets to put in a place unavailable to government access? You`ve got to be kidding! She`s toast! And what will the Democrats do without their star? Both the Democrats and Republicans are in serious panic, no doubt....

Both the Democrats and Republicans are in serious panic, no doubt....

They may both have their worries, but in November only one of them will have been right.

but in November only one of them will have been right.....

...again I say! This is 2016! anything may happen.....you are making far too many presumptions...the candidates running for election may be none of the above mentioned yet...if there even is to be an election!

Things are far too fragile for such assumptions

Colin Powell did the same thing when he was Secretary of State.

The difference is that he was a manly Republican war hero, not a cold and unlikeable woman.

Why in the world did she set up her own server for government business??

....clearly to hide her info from the government! She will be charged with espionage....the only way out now for her is to have her forces (Wall Street, Goldman Sachs ad nauseum) stop the judicial process, before a grand jury!
This will not sit well, with a lot of influential people in the US...things are only going to get more explosive here!

My hunch is that it was probably done to avoid FOI requests. Christy Clark anyone?

Anyway Obama probably wants to speed up this inquiry so it out of the way as soon as possible to not detract from the camapign against Trump.

There was just a discussion on CNN about the emails.

Apparently Powell & Rice's emails are not the same kind of situation as Clinton. I don't think they set up a sepaerate server as Clinton did. The proof is in the details I suppose.

Outside the Fox News GOP debate in Michigan tonite a recall process began to give Gov Snyder the boot.

are emails revealing the names of secret undercover intelligence assets, the locations of North Korean nuclear facilities, the transcripts of telephone conversations among foreign intelligence agents, and the travel plans of then-U.S. Ambassador to Libya Christopher Stevens in the days before he was murdered....from Washington Times!!

Neocon Hilary  will  be the next president--shes reliably establishment and more bloodthirsty than Obama.
Trump, though equally monsterous in his own way, is  an undependable loose cannon, and in the end game he will be undermined the establishment media.

In interviews with POLITICO, leading GOP foreign-policy hands — many of whom promoted the Iraq War, detest Putin and consider Israel's security non-negotiable — said Trump would be a disaster for U.S. foreign policy and vowed never to support him. So deep is their revulsion that several even say they could vote for Hillary Clinton over Trump in November.

“Hillary is the lesser evil, by a large margin,” said Eliot Cohen, a former top State Department official under George W. Bush and a strategic theorist who argues for a muscular U.S. role abroad. Trump's election would be “an unmitigated disaster for American foreign policy," Cohen said, adding that "he has already damaged it considerably.” ....

But despite that rhetoric, the issue of clean water may be politically perilous for the leading Democratic candidate, thanks to her vote against banning a possible carcinogen at the center of one of the largest water pollution scandals in recent history.

Facing reports that a controversial fuel additive was contaminating water supplies across America, Clinton as a senator in 2005 opposed a bipartisan measure to ban the chemical — even though Bill Clinton’s Environmental Protection Agency had first proposed such a prohibition. At roughly the same time, one major company producing the chemical also triedto use provisions in a trade deal backed by Hillary Clinton to force local governments in the United States to let it continue selling the toxic compound.

Hillary Clinton has a knack for turning triumph into tedium.

On Tuesday night, after her Super Tuesday wins all but guaranteed her the Democratic presidential nomination, she served up a victory speech that was a bowl of mush.

Clinton first says no then flip flops and says yes.

So this is why Clinton flip-flopped

Clinton is leading in Florida and Ohio by massive amounts in the polls. Now that Sanders has the momentum does she have to win these states? 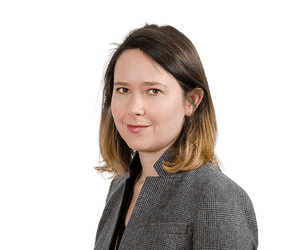 Victories for Trump and Sanders, who has campaigned hard against trade deals, show the Democratic frontrunner may have a problem in manufacturing states

Clinton thought she had finessed the trade issue, by focusing on other problems in Michigan, like Flint’s lead-poisoned water, and by skewering Sanders over his vote against the auto bailout (his campaign said it was part of a bigger vote against a bailout for Wall Street). But clearly she hadn’t.

And that’s a troubling finding for anyone worried about a Trump presidency: it suggests the Democrats’ likely nominee could have a problem in crucial manufacturing states.

Sanders’ and Trump’s big wins in Michigan tonight, and those polling numbers in particular, should have Clinton very, very afraid.

Clinton's deceitful comments about the auto-bailout damaged her last night. If Clinton continues to hit below the belt with Sanders it will continue to cost her.

5 Reasons the Clinton-Sanders Race Is Much, Much Closer Than You Think

The elephant in the room, and now today the RNC is suing over the email issue.

Some people say by not jumping on the email issue Sanders will lose the nomination. I say Sanders is a class act and should just keep on doing what he is doing with a bit more emphasis on minority politics.

Sanders: Superdelegates Will Rethink Their Commitment; I Do Well With People Who Value Honesty And Trustworthiness