Bernie Sanders and the Realists

The case for Bernie Sanders: Is it time to get rid of the prevent defense?

I think Sanders might be a little naive about how people make their voting choices. I doubt it comes down to "Oh, I don't want a billionaire, I prefer someone with less money than that."

The real question is whether a third-party Bloomberg takes more away from the Dems or the GOP. He was a fairly liberal mayor of NYC(albeit with a bit of a nanny-state streak), and if that's how voters perceive him today, he's probably more of a threat to the Democrats than to the Republicans in a general election.

Why This Democrat Won’t Vote for Hillary Clinton

A majority of Democratic voters say Hillary Clinton is their top choice in the race for their party's nomination, but her margin over Bernie Sanders is smaller than it has been at any point since before the field narrowed to three.

According to a new nationwide CNN/ORC Poll, Clinton tops Sanders 52% to 38% among registered voters who are Democrats and Democratic-leaning independents. Former Maryland Gov. Martin O'Malley is far behind the two top candidates at just 2%.

Though Clinton's lead over Sanders remains in double-digits, these figures represent the tightest the contest has been since early September. Back then, before Vice President Joe Biden had opted out of the race and before the remaining Democratic field ever took to a debate stage, Clinton topped Sanders by just 10 points.

With the entire left's establishment media sucking up to Hillary's fat ass, there is little hope for Bernie Sanders. I would consider his chances as nothing but false hope which will lead to disappointment.

And of course the rabid right in that country couldn't stand the smell of Sanders even mentioning anything to do with progressive politics, let alone 'socialism', the bad word.

Watch: Bernie Sanders gave up the microphone so a woman could share her devastating story

Sanders on first - impressive performance. Unfortunately the big boys probably will not allow him to become the Democratic candidate.

RALPH NADER ON THE DEMOCRATIC PRESIDENTIAL RACE: ‘BERNIE’S CATCHING UP’

Independent presidential candidate Ralph Nader in 2008. Nader says of Sanders: “He’s scandal-free, which is really quite remarkable for a serious candidate for president in the two parties.”

Sanders is really hammering away at the rich-poor divide. The rich will never let him become president.

CNN's Democratic Presidential Town Hall is the best political structure I have ever seen as issues qet discussed as opposed to style taking over.

Young Iowa Voter to Hillary Clinton: "People My Age Think You're Dishonest," We Like Bernie Sanders 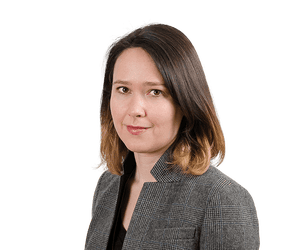 Forget the poll leads: this socialist has a story to tell. And jokes! The latest debate showed that, one day at a time, the Sanders revolution is increasingly for real

Obama misses the point. Bernie Sanders is more than a 'bright, shiny object'

In an interview with Politico, the US president dismissed Sanders as a new play thing to voters. But he is far more than that

Hillary Clinton and Bernie Sanders Clash Over Poetry and Prose

President Obama Will Meet With Bernie Sanders at the White House

Ahead of their White House meeting, a look at the Obama-Sanders dynamic

Elizabeth Warren could be a game changer: Most endorsements don’t matter much, but hers would be a giant boost for Bernie

Bernie Sanders’s Campaign Says He Would Sit Out Unsanctioned Debate

Until Democrats make a serious move to take back the Senate theres no way Obama can survive the advise and consent, so yeah, beyond desperate.

The Clintons must be worried as Sanders is drawing massive crowds including tonite. Apparently the Clintons have cut short their time elsewhere and are rushing back to Iowa as Sanders' campaign is picking up steam.

One of the interesting element s of this struggle is that Bernie registers very positively with core Democratic voters and attacking him has always been dicey because his politics represent an ideological valhalla to the voters that Hillary needs to mobilize in November. These are used to being marginalized and dismissed after an election victory but not before. Attacking Single-payer health care and Democratic Socialiism is at best discouraging and at worse enraging.

Clinton's Advantage Hits a Campaign Low; She Lags on Trust While Leading on Issues (POLL)

The main reason I'm not letting myself get too excited over a Sanders win is because in August of 2015 I said to my wife "it looks like the NDP might just do it this time!!!"

But if Bernie can even drag the Dems, kicking and screaming, a little to the left, that'll still be legendary.

And honestly, if Sanders went up against Trump for reals, would that not be THE most unlikely Presidential contest in history?  As I understand it, when JFK ran it was assumed he couldn't win because he was Catholic.  But a quasi-"socialist" making a last-minute rush for the tape versus a popular-culture rich guy with no political experience and little-to-no real support from the establishment?  Maybe our neighbours really are ready to try something different.

Wouldn't that be something!

I just hope they use the same approach to the debate as the last CNN debate.

The 2012 attack on a US diplomatic compound in Libya obsesses critics of the Obama administration. The film version, 13 Hours, has been lauded by Donald Trump and Fox News. Will it have the desired impact?

What they probably mean is that the Clintons are panicking.

Democrats had better be careful for what they ask for

It's obvious now that the Republicans are no match for Trump

Can the Democrats do any better?

6 Reasons to Be Wary of Iowa Polls

We do not need another Clinton administration. If only Sanders would say it

Hillary's cynical Medicare assault reminds us how the Clintons play ball, and why Dems must demand something better

Bernie Sanders has already done more to advance Social Democratic values and policies than anyone in U.S. American history, and for that I treasure him. He has a gut-level passion about inequality, poverty and injustice. He fights for equality with a tenacity surpassing any elected official since the New Deal. He is rightly outraged that the tax system is skewed to make equality worse, that the megabanks have become too-big-to-fail hedge funds trading on their own accounts, and that Republican leaders are bent on destroying Medicare and Social Security.

Sanders is the most morally serious candidate in the presidential race by virtue of pressing so strongly on these issues. There may be a majority out there that will vote for him, or at least consider it. He has already surged far beyond his political base—professional-class white progressives with backgrounds in movement politics, like me. He is reaching young voters and blue-collar whites, and is beginning to reach independents. But Sanders cannot win the nomination without breaking through to black and Latino voters who voted for Obama, and I think he is overgeneralizing his commendable determination to run a positive campaign, which shortchanges his message and his challenge to the party establishment.

Bill Clinton is justly popular among Democrats for presiding over a robust economy and three years of budget surpluses. He also pushed through a gas tax, the last president even to try. He also took pride in ramming NAFTA down our throats. He expanded the federal death penalty and the war on drugs. He ended the federal government’s 60-year commitment to provide income support for the poor. He supported and signed the Defense of Marriage Act, which, mercifully, is no more. Near the end he tore down the Glass-Steagall wall separating commercial and investment banking, whereby Wall Street fell in love with derivatives. Throughout his presidency, Clinton specialized in co-opting Republican issues, notably the Three Strike laws that stuffed American prisons with people of color. His triangulating cynicism demoralized the progressive base of the Democratic Party, and he topped it off with a sexual scandal.

I respect Hillary Clinton as much as possible, and I half expect to support her, more or less, by July. But we deserve an honest discussion during primary season about why we need something better than the last Clinton administration. That has not happened, even though opposing the party establishment is the point of Sanders’ magnificent campaign. Meanwhile Hillary Clinton pushes a brazenly dishonest charge that universalizing Medicare would make Medicare benefits hostage to state politics. To those who remember the 1990s, that is a sickening reminder of how the Clintons play ball.

To be expected but nevertheless still sad!

Who'd have thought the establishment paper owned by a multi-billionaire would take issue with Sanders' populism?

"Former FX trader at Citigroup, Chris Arnade, just penned a poignant and entertaining Op-ed at The Guardian detailing how Wall Street came to own the Democratic Party via the Clintons over the course of his career.

While anyone reading this already knows how completely bought and paid for the Clintons are by the big financial interests, the article provides some interesting anecdotes as well as a classic quote about a young *Larry Summers..."

*The same 'Larry', TPP Minister Chrystia Freeland calls 'her friend, teacher, probably the smartest person I know.' She praised Summers as one of the key people steering the world economy through some very turbulent times over two decades. While Summers, an economic adviser to Bill Clinton and Barack Obama, has re-invented himself as an advocate for big government..."

JT and CF's umbilical cord to Democrat financial ideologues and seasoned hustlers like Summers, should be cause for alarm and suspicion, especially given the TPP 'corporate coup d'etat by stealth' currently being surreptitiously steered towards ratification. Is 'Larry' et al helping with this?

O Canada, you are so easily taken...