She is expected to win the general election in November

Marjorie Taylor Greene, right, won a primary that all but ensures her a seat in the U.S. House of Representatives.

Who is Marjorie Taylor Greene?
The owner of a commercial construction company and a former CrossFit gym proprietor, Greene graduated from the University of Georgia with a degree in business administration, according to her website. She is also active in the Family America Project, a “Pro-Trump, Pro-America group” that regularly posts conspiracy theorist content on Facebook.

Congratulations to future Republican Star Marjorie Taylor Greene on a big Congressional primary win in Georgia against a very tough and smart opponent. Marjorie is strong on everything and never gives up – a real WINNER!

Greene first gained national attention after Politico unearthed hours of Facebook video footage in which she ranted about black people, Muslims, and Jews, referring to billionaire George Soros as a “Nazi” and complaining about an “Islamic invasion” of government. She also compared Black Lives Matter activists to the neo-Nazis who marched at Charlottesville, calling them “idiots,” and said white men were the most “mistreated” group in America today.

The Politico report prompted many high-profile Republicans to distance themselves from her and instead throw their support behind her opponent John Cowan, a neurosurgeon who is also pro-Trump. Greene did not apologize for her comments, instead tweeting, “The Fake News Media, the DC Swamp, and their radical leftist allies see me as a very serious threat. I will not let them whip me into submission.”

Greene also became well-known for her remarks in support of QAnon. In 2017, early on in the evolution of the movement, Greene said in a video that Q, the anonymous poster claiming to have insider knowledge of a deep-state conspiracy, was a “patriot.” “I think it’s something worth listening to and paying attention to, and the reason why is because many of the things he has given clues about and talked about on 4chan and other forums have really proven to be true,” she says in the video.

Why does it matter that Greene is likely to win the congressional seat?
Greene’s victory — and Trump’s subsequent endorsement of her — represents how rapidly the QAnon conspiracy theory has gained traction in recent months. According to one estimate by Alex Kaplan of Media Matters, a liberal media watchdog group, there are at least 32 congressional or state legislative candidates this year who have expressed some support for QAnon, such as Lauren Boebert, the Republican nominee for Colorado’s 3rd congressional district, who describes herself on her website as “PRO-FREEDOM, PRO-GUNS, PRO-CONSTITUTION, PRO-ENERGY, PRO-LIFE, PRO-COLORADO, PRO-AMERICA.”

Despite growing awareness of the dangers posed by conspiracy theorists and social media platforms’ efforts to minimize their influence, the victory of candidates like Greene suggests that such efforts may be limited. Conspiracy theories like QAnon are “like a hydra,” Elon University Assistant Professor of Strategic Communications Kathleen Stansberry previously told Rolling Stone. “You cut off one head, more heads grow. And you can make it stronger.”

Former lawmaker calls out "disease" flowing through the GOP: "It's not just Marjorie Taylor Greene"

"I'm not sure the Republican Party as we know it will be around in a few years," former Rep. Susan Molinari says

Trump may still destroy the Republican Party yet: Legal expert

Former Deputy Attorney General Elliot Willims told CNN that the problem with Trump not wanting to use the constitutionality defense is that it will force all Republicans who ensure Trump's innocence will be forced to wear the "stolen election" narrative for the rest of their careers.

They have their priorities

No kidding. Can you imagine the likes of Greene anywhere need the Education committee

Portman and many other Republicans are worse - he has a good point.

Can America handle the truth about Trump?

Looks like the GOP are having another one in a multiple series of no good, very bad days.

AOC is a sexual assault survivor and --

We are dealing with two sicknesses. One is 'these sick Republicans and the people who support them', and the other is the pandemic being addressed in the 'And so ends a journey' thread. And Smith once again thank you for your comments there.

Suck it up Rogers!

The more I see of Psaki the more I like.

What a refreshing change.

“It’s concerning to see the Biden administration’s press secretary blatantly diminish an entire branch of our military as the punchline of a joke, which I’m sure China would find funny,” said Rep. Mike Rogers. 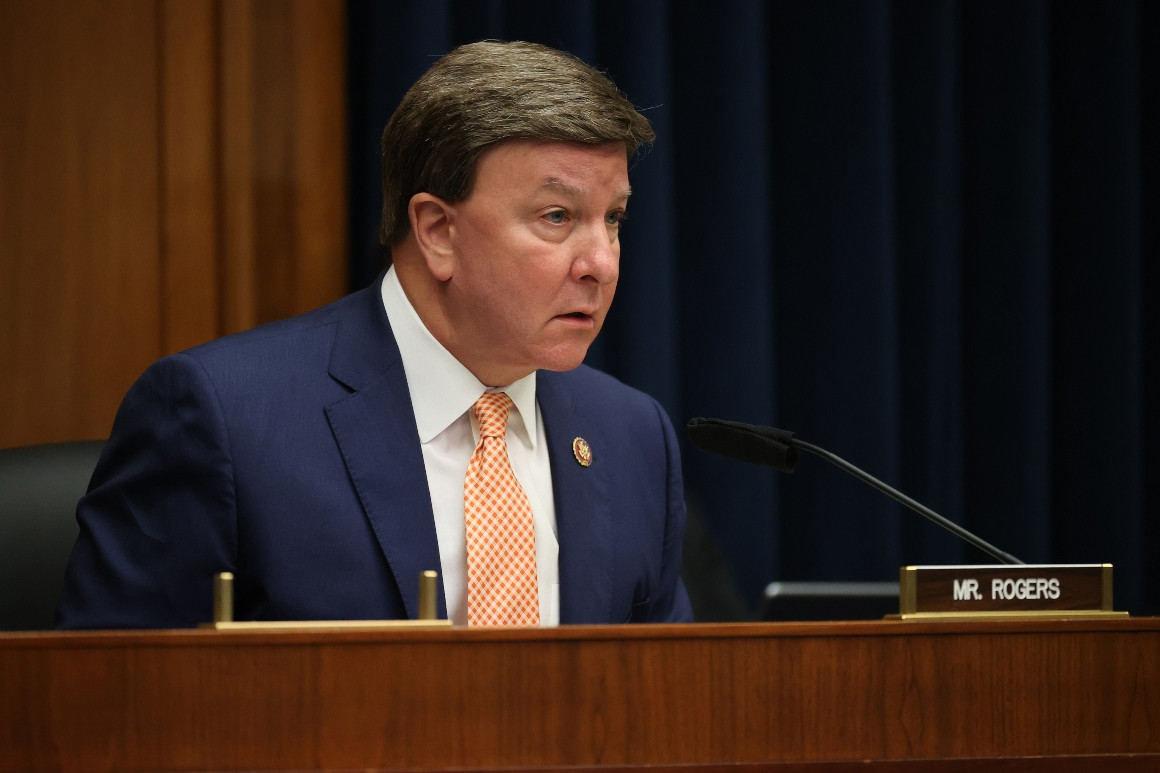 Rep. Mike Rogers, the top Republican on the House Armed Services Committee, said the White House press secretary needs to apologize to members of Space Force for what he called a "disgraceful comment.” | Chip Somodevilla/Getty Images

“Wow. Space Force. It’s the plane of today,” Psaki responded, seemingly comparing the question to an earlier one about the color scheme of Air Force One. “It is an interesting question. I am happy to check with our Space Force point of contact. I’m not sure who that is. I will find out and see if we have any update on that.”

What a con artist!

Of course he is, there can be no other explanation

Unfortunately for Gaetz & Co even the president cannot incite a crowd to insurrection and then claim you are protected by free speech.

The GOP are making it so easy for the Democrats to look good.

House to vote Thursday to drop Greene from all committees

As McCarthy has chosen not to act, Pelosi will be be booting Greene from her Committee roles. How could they let a freak like Greene anywhere near anything to do with education!

even if we know the outcome will likely be an acquittal, President Donald Trump's second impeachment trial will hang an albatross around the neck of every Republican for the rest of their lives.