Oxfam, using the elite's own data, has shown the world's 2,153 billionaires than the poorest 4.6 billion (60% of the world's population) people on Earth, thanks to the undertaxing of the wealthy, with women and Africans suffering disproportionately from the wealth gap.

The world’s richest 1% have more than twice the wealth of the rest of humanity combined, according to Oxfam, which called on governments to adopt “inequality-busting policies.”

In a report published ahead of the World Economic Forum’s annual meeting in Davos, the U.K.-based charity said governments are “massively under-taxing” rich individuals and corporations, and under-funding public services.

Oxfam’s ‘Time to Care’ report also highlighted gender-based economic disparities, saying women and girls were burdened with disproportionate responsibility for care work and fewer economic opportunities. “Economic inequality is out of control,” with 2,153 billionaires having more wealth than 4.6 billion people in 2019, it said.

“Our broken economies are lining the pockets of billionaires and big business at the expense of ordinary men and women,” said Oxfam India Chief Executive Officer Amitabh Behar. “No wonder people are starting to question whether billionaires should even exist.”

The world’s three richest people amassed a total of $231 billion over the past decade, according to data compiled by Bloomberg. Facebook Chief Executive Officer Mark Zuckerberg -- the fifth-richest person in the world -- had the highest boost last year, with a net gain of about $6 billion. Amazon.com Inc CEO Jeff Bezos still claims the top spot with a net worth of $116 billion.

The total wealth of the top 20 billionaires has doubled from $672 billion to $1,397 billion since 2012, according to Bloomberg Wealth.

An individual who saved $10,000 a day since the construction of Egypt’s pyramids would still only have a fifth of the average fortune of the world’s top five, Oxfam said.

Oxfam’s critics have dismissed the headline inequality statistics as misleading and suggest that they drastically overstate the scale of the problem. The organization has repeatedly defended its analysis and challenged such accusations.

The charity’s annual statistics rely on Credit Suisse’s Global Wealth report, which Oxfam itself said suffers from poor quality of data and may even underestimate the scale of wealth disparities.

Citing World Bank research, Oxfam said reducing inequality has a bigger effect on lowering extreme poverty than economic growth. That analysis “shows that if countries reduced income inequality by 1% each year, 100 million fewer people would be living in extreme poverty by 2030,” it said. ...

The World Bank warns however that poverty reduction has slowed or even reversed in some countries. 736 million people still lived in extreme poverty in 2015, more than half of whom are in Sub-Saharan Africa.

As noted in the first post in this thread women are suffering the most from this gross inequality.

“Governments around the world can, and must, build a human economy that is feminist and benefits the 99%, not only the 1%.”

“Governments around the world can, and must, build a human economy that is feminist and benefits the 99%, not only the 1%.”

In reality, almost half the world’s population lives on less than $5.50 a day, according to World Bank estimates.

2. The world’s richest 22 men have more money than all the women in Africa

Oxfam has worked out that if the world’s two richest men sat on their wealth piled up in $100 bills, they’d be in outer space.

3. Women and girls put in 12.5 billion hours of unpaid work every day

From fetching firewood and water, so they can clean and cook for the male breadwinner, to looking after children and the elderly, women often bear the burden of essential unpaid work, says Oxfam.

Every day, women and girls around the world work for a combined 12.5 billion hours for free, according to the International Labour Organization.

Oxfam found women in the poorest households in low-income countries were the hardest hit, with women in Uganda, Zimbabwe, India, the Philippines and Kenya spending 40 minutes more each day on activities like collecting water and fuel than those who were better off.

With an ageing population, the world is facing a care crisis and the burden on care workers will only grow. Alongside this, the climate crisis will disproportionately affect women, as they’ll have to walk further to find water and spend more time coping with sickness, says Oxfam.

4. Women’s unpaid care work has a monetary value of $10.8 trillion a year

That’s three times the size of the world’s tech industry, according to Oxfam. All this unpaid care work leaves women and girls over 15 time-poor and “unable to meet their basic needs or to participate in social and political activities”.

Not only that, but globally, 42% of women of working age are actually unable to hold down a job because of their unpaid care responsibilities, compared to 6% of men.

But the good news is investing in care-supporting infrastructure, like access to water, sanitation and electricity, can really help, says Oxfam.

“In low-income communities in India, in households with access to electricity, girls spend half an hour less each day on care work – and 47 minutes longer sleeping.”

5. Taxing an extra 0.5% of the wealth of the richest 1% could help massively

According to Oxfam, if governments were to increase taxation on the wealthiest 1% for the next 10 years, that would be the equivalent to creating 117 million care jobs in education, health and elderly care and other sectors, to close care deficits.

The report says: “Women have had enough of paying the bill for everyone. Everyone should contribute according to their means, including corporations and the wealthiest in our society. This will require governments committing to ensure that this happens.”

These are six solutions Oxfam believes are needed to close the gap between rich and poor and recognize the rights of carers and the importance of their work to communities. It proposes governments and corporations work together to:

The growing inequality, is ongoing phenomenon as this article from a year ago illustrates.

World's 26 richest people own as much as poorest 50%, says Oxfam

Charity calls for 1% wealth tax, saying it would raise enough to educate every child not in school 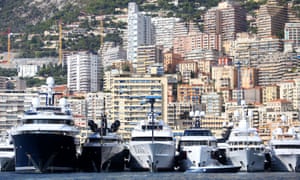 The Oxfam report says that between 2017 and 2018 a new billionaire was created every two days. Photograph: Bloomberg via Getty Images

The Oxfam report says that between 2017 and 2018 a new billionaire was created every two days. Photograph: Bloomberg via Getty Images

The growing concentration of the world’s wealth has been highlighted by a report showing that the 26 richest billionaires own as many assets as the 3.8 billion people who make up the poorest half of the planet’s population.

In an annual wealth check released to mark the start of the World Economic Forum in Davos, the development charity Oxfam said 2018 had been a year in which the rich had grown richer and the poor poorer.

It said the widening gap was hindering the fight against poverty, adding that a wealth tax on the 1% would raise an estimated $418bn (£325bn) a year – enough to educate every child not in school and provide healthcare that would prevent 3 million deaths. ...

Among the findings of the report were:

Predators & Parasites: All Rescue Roads Lead to the Elites

A criminal system for criminal ends until the bitter end?