How quickly we forget.

'We should not abandon Raoul Wallenberg'

Kenneth is a member of the persecuted Anglophone minority in Cameroon, against whom government attacks rising to the level of crimes against humanity have been documented by the Montreal-based Raoul Wallenberg Centre for Human Rights and the Centre for Human Rights and Democracy in Africa. Last year, Global Affairs Canada spokeswoman Amy Mills said that Canada condemned "violent acts and deplore the significant loss of human life since the beginning of tensions in both regions" of Cameroon where the violence has been most focused.

Her mother and sister survived the war with the help of famed Swedish diplomat Raoul Wallenberg, but her father and other relatives perished at Auschwitz, among the more than half a million Hungarian Jews killed in Nazi death camps and by Hungarian Nazi collaborators.

Resuming her career after the war, Keleti was set to compete at the 1948 London Olympics but a last-minute ankle injury dashed her hopes. Four years later, she made her Olympic debut at the 1952 Helsinki Games at the age of 31, winning a gold medal in the floor exercise as well as a silver and two bronzes.

Despite her achievements — with six medals she was the most successful athlete at the 1956 Melbourne Olympics and she is recognized as one of the most successful Jewish Olympic athletes of all time — the still-vivacious Keleti said she most values her health and the simple fact that she has lived.

"I love life," she said. "Health is the essence. Without it, there is nothing." 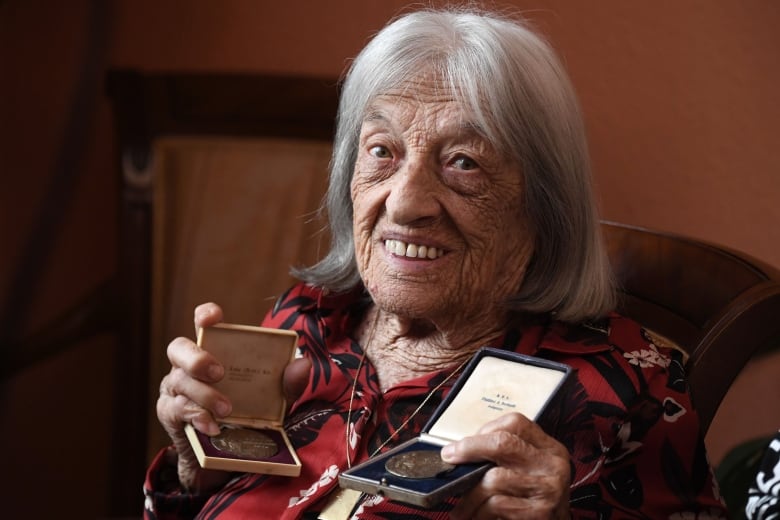 With six medals, Keleti was the most successful athlete at the 1956 Melbourne Olympics. (Attila Kisbenedek/Getty Images)

Interesting read about Keleti.  No doubt about Wallenberg.  But Irwin Cottler and the gang at MIGS (genocide studies) are using his name to sanctify their crusade for "Human Rights" like a religion.  Cottler doesn't seem to care about Palestinians.

We all need to care about each other.

A person who made a difference