Living in the SARS-CoV-2 era (distancing, wash hands, wear mask to protect others, but OK to go outside) | Page 20 | rabble.ca

Living in the SARS-CoV-2 era (distancing, wash hands, wear mask to protect others, but OK to go outside)

Why you need to wear the damn mask

The US topped a 2019 pandemic preparedness index. So why wasn’t it ready for Covid-19?

President Donald Trump and Vice President Mike Pence have since tested negative for the virus, the White House said Thursday.

BC just announced a very laid-out plan they will now be resuming the process for elective surgeries with the obvious protocols to prevent COVID-19 occurences. BC definitely deserves an A + for their daily communication updates.

Covid-19 is obviously very challenging on its own, but to see a Premier announcing one date for re-opening on one day, and then another date for the sector to re-open later on, must compound the stress. As BC's Dr Bonnie said, 'we don't want to be stopping and starting, stopping and starting'.

As we get our daily Covid-19 updates from the various provinces across the country, the contrast in the professionalism, the thoroughness, the people-friendly approach, is mind-boggling.

Horgan finished the presser with 'Education, the great equalizer in our society.'

Coronavirus: Germany's Bundesliga to resume behind closed doors on 16 May

Belgium, Spain and Italy are the 3 European countries with the most deaths per capita at least for now.

Stephen Sackur speaks to the Israeli historian and best-selling author Yuval Noah Harari. What Twenty-First Century lesson can we draw from the spread of Covid-19?

In the Battle Against Coronavirus, Humanity Lacks Leadership

The latest from BC

The real scandal isn’t what China did to us. It’s what we did to ourselves.

University of Hong Kong study finds eyes are ‘important route’ for coronavirus, up to 100 times more infectious than Sars

The Risks - Know Them - Avoid Them

Here is a witty piece entitled "Sure, the Velociraptors Are Still On the Loose, But That’s No Reason Not to Reopen Jurassic Park". A small sample:

Carlos Greaves wrote:
In addition to satisfying our customers, the decision to reopen the park is also about allowing the furloughed employees of Jurassic Park to get back to the work they love. Could we have continued to pay their salaries for several months until we got the velociraptor situation under control? Definitely. We’re the wealthiest nature preserve on the planet after all. And will some of the employees returning to work have their limbs torn off and tossed into the air like a juggler tossing bowling pins? Undoubtedly. But we’re confident that with a few safety precautions put in place, we’ll be able to keep the level of workplace injuries and deaths just below levels that would elicit widespread public outrage. And keeping things just below widespread public outrage levels is our gold standard for all of the decisions we make here at Jurassic Park.

Only 15 new cases in BC today down almost 50% from yesterday.

I don't agree with governments deceiving the public.

Coronavirus: How they tried to curb Spanish flu pandemic in 1918

Public Health England studied the Spanish flu outbreak to draw up its initial contingency plan for coronavirus, the key lesson being that the second wave of the disease, in the autumn of 1918, proved to be far more deadly than the first.

But a "memorandum for public use" he had written in July 1918, that advised people to stay at home if they were sick and to avoid large gatherings, was buried by the government.

The pandemic recession is placing a new burden on women

No question Liberals leave a lot to be desired, but Canadians can thank their lucky stars we don't have a Conservative government. This is absolutely disgusting behaviour.

And keeping things just below widespread public outrage levels is our gold standard for all of the decisions we make here at Jurassic Park. 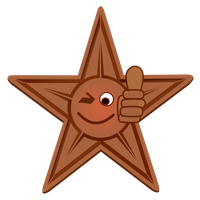 We have to keep our borders, airports, and coastlines safe from Americans.

In BC, apart from institutional outbreaks, we don't publicize the positive Covid-19 cases with their specific locations, nor their ancestry, the reason being we don't want to stigmatize them. Not everyone agrees with this approach.

GWYNNE DYER: Some reasons to hope 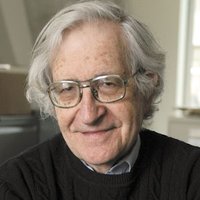 GWYNNE DYER: Is this really a turning point?

Is this the ideal time for all of us to be Vegans?

Ontario reports 346, lowest number of new cases of COVID-19 in more than a month

Biggest threat to Brazil’s coronavirus response may be its own leader: medical journal

Chomsky's 'the general pop doesn't know what's going on, and they don't even know that they don't know' quote reasonates so frequently, in so many places on the planet. 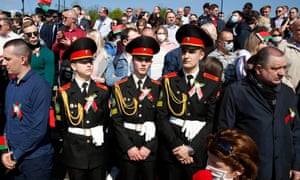 In South Korea, measures to close nightlife venues in Seoul were imposed by mayor Park Won-soon, after 18 new cases were reported in the 24 hours to midnight on Friday, the Associated Press reported.

South Korea at one point had the highest number of infections outside mainland China but a comprehensive testing programme and rigorous contact tracing allowed it to bring the virus under control while it proliferated elsewhere. However the latest cases show how easily the virus could re-emerge.

South Korea’s Centers for Disease Control and Prevention, or KCDC, said all but one of the new cases were linked to a 29-year-old man who visited three clubs in Seoul’s Itaewon district last Saturday before testing positive days later.

In total, there have been 40 infections linked to club-goers, mostly in Seoul but also in three other cities. The national government has urged entertainment venues to close or step up anti-virus measures including distancing and temperature checks.

'This is so wrong': Hollande highlights domestic violence in French lockdown 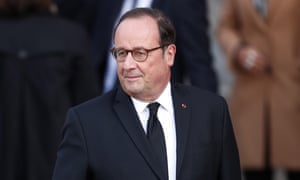 Francois Hollande said the issue of domestic violence had been pushed aside for too long. Photograph: Ian Langsdon/EPA

The former French president François Hollande has spoken of his concern for women suffering domestic abuse during the lockdown.

In an interview with the Guardian, Hollande called for schoolchildren to be taught that violence at home was unacceptable but that it affected every social group.

“There’s this idea that it’s just a problem in working-class settings or immigrant areas, but this is so wrong. It happens in all types of families,” he said. “For too long violence against women has been pushed aside because it was considered part of the personal, the private, and not something that concerned society.”

Hollande was speaking to support a new phone app developed in France, but available in the UK and a dozen other countries, to help female victims of violence whether at home, in the workplace or in public.

App-Elles – available for Android or iOS – allows women and girls to discreetly alert three trusted contacts when they are being attacked allowing them to call the police if necessary. As well as a GPS alert, a recording is made of the attack in real time on the victims and contacts’ phones. 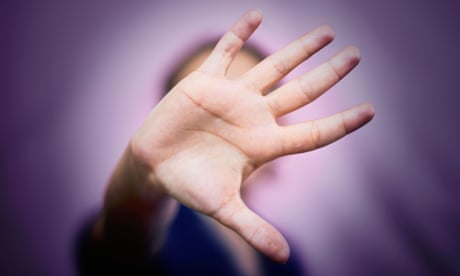 On Thursday, the World Health Organization said emergency calls by women being subjected to threats or violence from their partner had risen by 60% compared with last year. The WHO pointed out that even before the Covid-19 crisis and lockdowns in several countries, a quarter of all women and one child in three were victims of physical or sexual abuse. In the first two weeks of lockdown in France the number of calls reporting conjugal violence rose 32% according to the equality secretary Marlène Schiappa. The strict lockdown ends in France on Monday.

More than 900 COVID-19 cases at Cargill plant, but governments allow it to reopen

The case for putting seniors’ care under the Canada Health Act

Police say the number of reported hate crimes doubled in April compared to the month before.

Everyone should be wearing masks, at least inside offices, shops, etc.

Lots and lots of changes coming.

If airports are now going to do temperature checks, hopefully if you can't fly, you will immediately be refunded the price of your airline ticket.

Is airline travel over for the people who used to take an annual vacation and travel to Europe or Mexico or Asia as the costs are going to rise substantially for airlines to be able to exist financially?