The Right to Public Transit

The Right to Mobility. Public Transport in the UK and Labour’s Manifesto

There's a long way to go, but Labour's manifesto could mark the first step in ending Britain's obsession with the private car. 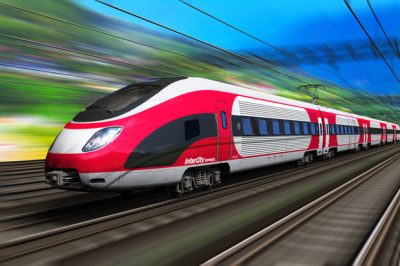 The idea of mobility as a human right has come to be synonymous with private transport. For decades, the car has come first: what right does any government have to encroach on the freedom and autonomy of individual motorists? Labour governments have done little to challenge this notion since mass car ownership took off in the 1960s, and it’s only now, embracing the challenge of achieving zero carbon emissions as soon as is practicable, that Labour has recommitted itself to decent public transport.

Its 2019 manifesto states that ‘Labour will build a sustainable, affordable, accessible and integrated transport system, founded on the principle that transport is an essential public service.

....The right to public transit is enshrined in Canada`s Charter,especially section 7 c...meanwhile, we in BC`s Interior have no access to public transit, except for the Kamloops/Kelowna corridor!

Meanwhile the People`s Government which denies us this right, continues to take people`s right to drive cars (set up coops etc) for not paying fines ad nauseum...a clear violation of our fundamental rights (Oakes case)....

In the UK, in many places there was more and often better rail transport 100 years ago than there is now. Several Canadian cities and towns also had tram systems, and I'm not referring to only the largest ones. Is your post a quote from a longer article?

The Right to Mobility. Public Transport in the UK and Labour’s ManifestoBy Lynsey Hanley, December 03, 2019....posted on globalresearch.ca

Meanwhile, across the pond:

Lawmakers in Kansas City, Missouri took a "visionary step" on Thursday by unanimously voting to make public transportation in the city free of charge, setting the stage for it to be the first major U.S. city to have free public transit.

The Kansas City Council voted to direct the city manager to set aside $8 million to eliminate the $1.50 per ride fare that currently applies to the city's bus system.

Some frequent riders could save about $1,000 per year under the new plan, according to KCUR, the city's public radio station.

"It'd help me out a lot," college student Michael Mumford, who rides the city's buses at least once per day, told the station. "Put some change in my pocket…buy some books for class."

The Kansas City Area Transportation Authority also expressed approval, with CEO Robbie Makinen telling KCUR that residents will be able to put the money they save on transportation toward other necessities, boosting the economy.

The city still needs to work out details of the proposal, including how it will be funded and where that money will come from, according to local news station KSHB.

Supporters of the measure on social media pointed out that free public transit could have positive impacts on economic inequality, the city's efforts to fight the climate crisis, and mass incarceration—as other cities, like New York, are cracking down on public transit fare evasion.

Right to transit has two meanings:

1) the right of the person to have transit

MUCH bigger than that.
Essentially all urban sprawl is due to 30% & sometimes almost 2/3rds of a city's area being parking space.
Houston is a really bad example, imagine the size of shopping malls w/o parking for ex.

I'd dare to say close to a majority of the ground we're paving over is related to cars in some way.
There is no climate change action that doesn't address a car-centric culture.

There are probably a myriad of health problems associated with a transportation culture which expects 0 walking, with parking spaces being right up close.

How many people would throw a fit having to walk 100m?

MUCH bigger than that.
Essentially all urban sprawl is due to 30% & sometimes almost 2/3rds of a city's area being parking space.
Houston is a really bad example, imagine the size of shopping malls w/o parking for ex.

I'd dare to say close to a majority of the ground we're paving over is related to cars in some way.
There is no climate change action that doesn't address a car-centric culture.

There are probably a myriad of health problems associated with a transportation culture which expects 0 walking, with parking spaces being right up close.

How many people would throw a fit having to walk 100m?

Huh? The point I was making is all of that plus.

Basically it is that society has a right beyond the users for all the environmental and social reasons.

Another point is that cities literally cannot cope beyond a small size without transit. It is not just users who have the rights -- the Cities need tham. This whole argument about benefits to riders being the only set of rights ignores the fundamental realities of the physics of cities.

I do not disagree with your point but it is not more than given how open ended this argument is.

We are alowing an unnecessary debate to say that public transit is just about the rights of users and social justice.

If we recognize the physically you cannot have the intensification, the downtown skyscrappers without mass transit any more than you can have them without elevators, then we have a better conversation about who is to pay for it than if you allow a presumption that transit users are the only beneficiaries and that you could imagine others getting along without them.

These poeple go downtown becuase their labour is required there (otherwise it would not be there). They get there on transit becuase the entire city requires a good proportion of people to do so or you could not have a city.

What we are talking about a neeed for transit that is general by everyone. Now you can talk about the right for users to be able to share the cost of transit with the other beneficiaries.

The discussion has to move to this.

there are cases where we can make an argument for equity but this comes with trying to get people who are selfish to think about fairness.

In some case we can speak about benefits and let them know how they also depend on this. We need to focus on fairness arguments for sure. But we should not need to spend our energy on a fairness argument with the person who actually needs the thing themselves. It is simpler to explain why it is essential.

We do this with education: those kids' education is needed as they will be paying your taxes when you are old. (Not the only reason for education but a reason for the older person to think twice before saying it is not needed. - they depend on it too!)

People who argue against public support for transit should be made to udnerstand that they are arguing against cities.

People who work or shop in a building that they park beside could not get anywhere near (and the building could not be built) if there was not a population that got there on mass transit.

This is a physical limit to the concentration of people relative to the space used by cars and roads. You cannot put a series of towers of people beside each other and then build a road big enough to manage the traffic -- even if you could build a really great parking structure of the same height as the building. There is a ground limit to how many personal transport cars can be on the road at the same time. We can have tall garages but not dozens of levels of cars coming in and maintain a city as we know it. the workaround is having a large number of people arriving efficiently using smaller space in transit. This allows the privileged to drive their car close. Everyone relies on the transit.

all this is apart from the environmental and social justice reasons.

The cities need transit. Period. Everyone has a stake in it.

I completely agree with Sean. Until I read his posts I was about to say pretty much the same thing in different words. It isn't about "rights" and idealism it is about practicality. It makes sense for everyone from drivers to pedestrians to tax payers.