The South China Sea highlights just how great it is to be a vassal state of the US. Its been over 120 years since the US first "liberated" the Philippines from the Spanish. They have been "democratic" allies and under the umbrella of Uncle Sam's largess for all this time. You would think somehow they would have managed to develop a system for their people that gave them more than starvation after all that is what US freedom and democracy promises does it not?. They have had 120 years to get it right.

This is what it looks like when the G7 and its friends come to Canada.

Imperial powers being cheered on by Western idiots who for some reason want to start a shooting war with a country that can take out Vancouver or Seattle with a nuke, at will. How fucking stupid are people who cheer on war mongers. 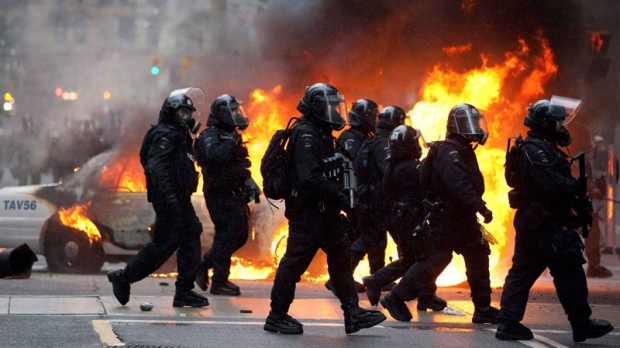