It has been a bracing experience for conservative elites to behold when the forces they have successfully harnessed for so long shake free and turn against them. Conservatives are right that Trump does not represent their ideas perfectly, or even very well. What he represents instead is the actual constituency for those ideas.

Mexico is not going to pay for that f***ing wall says former Mex Pres.

That's good because Canada's probably next.

Since 2009, the Democratic Party has lost 69 House seats, 13 Senate seats, over 900 state legislative seats and 12 governorships. Although most presidents’ political parties suffer losses in Congress, Republican gains under Barack Obama’s administration have been unprecedented. After the 2014 midterm elections, Democrats suffered so dramatically that the Democratic National Committeeorganized a task force to review how the party connects their core values with voters. While the rise of anti-establishment candidate Bernie Sanders should serve as a wake-up call, the Democratic establishment has not embraced his candidacy as a means to re-energize their voter base. Instead, leaders of the Party have fallen in line behind Hillary Clinton, who only further alienates the types of voters they should be courting.

Up until 2013, Ms. Clinton did not support same sex marriage, which was overwhelmingly pushed and supported by younger voters. According to a Pew Research study, 73 percent of millennials support same sex marriage compared to 45 percent of the boomer generation. On many other issues Ms. Clinton lagged behind moving to the left with the rest of the Democratic Party until it became popular to do so.  During her failed 2008 presidential campaign she ran on a much more moderate platform. Now, as Mr. Sanders has popularized many progressive policies rarely addressed in a meaningful manner, Ms. Clinton alleges her candidacy is realistic and Mr. Sanders’ is not.

1 in 5 Americans say Hillary Clinton is “dishonest” or a “liar.” Here’s why that’s a big problem.

Was that during the time Clinton was working for right-wing Barry Goldwater?

Newly arrived on campus, the presidential hopeful quickly became an active and influential member of the local campaign to desegregate education and housing.

David Duke, a white nationalist and former Klu Klux Klan grand wizard, told his audience Wednesday that voting for anyone besides Donald Trump “is really treason to your heritage.”

Mexico is not going to pay for that f***ing wall says former Mex Pres.

FMR PRES of Mexico, Vicente Fox horribly used the F word when discussing the wall. He must apologize! If I did that there would be a uproar! 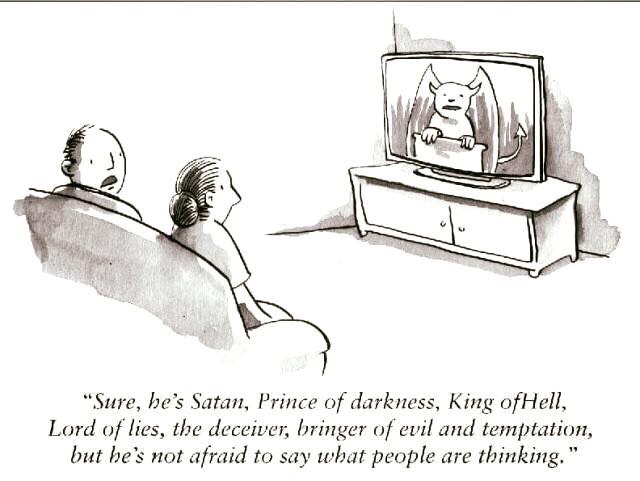 This is what happens when the political system is perceived as both corrupt and unfair which is the basis for Sanders' camapign.

Donald Trump cannot be stopped. Republicans need to prepare him for the White House

With his name recognition, forceful charisma and energy, there are worse candidates with which to fight a presidential election.

The country has changed. Donald Trump offers the Republican Party a chance to change with it.

This is no longer about whether he is the best candidate. That was last year's question.

He is simply the candidate.

More and more ammunition every day for Trump

Laid Off Disney Worker Breaks Down in Tears Before Senate Panel

The GOP candidates in the CNN Texas debate wail about losing the 2nd amendment meanwhile in the real US world another mass shooting today.

Democrats should jump all over this.

What a disgusting excuse for a human being