I posted this morning - but unfortunately didn't notice that it didn't appear on TAT. The Current piece was well worth listening to, and I'm sure you will be able to download or livestream the podcast:

Nearly 60 years after his death, there is a campaign to pardon Alan Turing, and the British parliament is poised to grant him a pardon this month. [...]

Peter Tatchell has pushed for a pardon for Alan Turing for many years. He is a Human Rights campaigner who has focused frequently, but not exclusively, on LGBT issues. He says the British Government should pardon Alan Turing because it's a good starting point for doing right by the 50,000 to 100,000 people who were charged under the law.

And thread drift, but I can hardly wait for this movie:

[url=http://www.flicksandbits.com/2013/09/18/first-look-at-benedict-cumberbat... Look At Benedict Cumberbatch As Alan Turing On The Set Of ‘The Imitation Game’[/url]

Why wait, watch the BBC film Breaking the Code (online for free at the link). 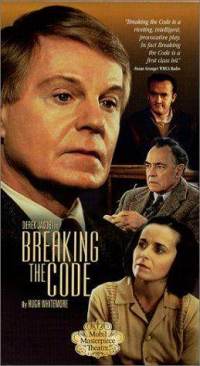 I presume that film didn't straightwash Alan Turing's character as "Enigma" did?

I'm reading 'Cryptonomicon' where Alan Turing is introduced into the novel as "some Brit named Al". Neal Stephenson is a funny guy.