Greetings Sponsors of "The Madison Moment":

It must have been clear to you that a forum of this nature could not have been organized without the presence of women on the panel. Gendered representation must have been foremost in your minds.

But what about racial representation? To not have racialized voices on this panel has the effect of promoting white supremacy through the perception of who are the knowing voices when it comes to knowledge production and dissemination. Bill Fletcher, Winnie Ng and Grace-Edward Galabuzi are racialized labour movement people who could have been contacted to share their knowledge on the subject.

I have raised this issue with CUPE Local 3902 and  I am a member of that organization. The correspondence with the executive committee is below for your reference.

In the United States the impact of the attacks on the welfare state and public sector employment has a disproportionately higher impact on racialized people than their white counterparts. The effects are even greater for African Americans. I do not need to explain this fact assertion, because I know you have to the capacity to figure it out.

I am calling on to to rectify your exclusion of racialized voices on the subject of public sector bargaining by including speakers from this sector of the North American population. It is high time for this society and actors in the labour movement to seriously address systemic/institutional racism. You have the opportunity to make a contribution to this initiative...just do the right thing. 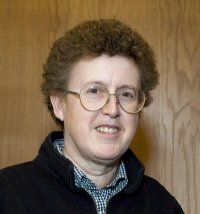 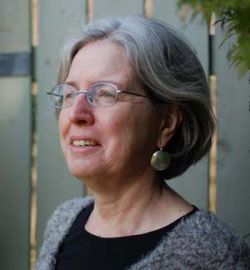 I find it quite instructive that my local's executive committee would co-sponsor an event on public sector bargaining in one of the most racialized cities in North America and do so with an all-white cast of speakers. We need to practise what we preach about inclusiveness and anti-racism.

I trust that at least one person on CUPE 3902's executive committee had the foresight to raise this matter before y'all endorsed this initiative. Since the start of my tenure in the Canadian labour movement, I find even trade union comrades or progressives who profess an understanding of intersectionality tend to default to whiteness when formulating initiatives or programmes.

We need to do a better than we are currently doing on anti-racism. About 100% of the net growth in the national labour is the result of immigration and about 80% of the immigrants are racialized. If  self-conscious principles cannot dictate the correct path, at least enlightened self-interest could become the default trigger.

I hope that folks are not subconsciously thinking that there are no racialized trade unionists or thinkers with the requisite knowledge and skills to speak to the subject of this forum. such an erroneous position would be easily shredded by the extant evidence.

Y'all may want to reflect on the contents of the article below:

Race, Class Struggle, and Organized Labour in the “Age of Wisconsin”

Madison, Wisconsin, may have given organized labour – or the labouring classes – a hint at the possibility of resistance in the streets of America. Or should the credit go to the children of Caliban1 in the streets and squares of Egypt? Can you imagine the role reversal implied by the prospect of the children of Caliban’s teaching those of Prospero, the great civilizer, the art of being human or striving for moral autonomy…collective personhood?

finding root in Canada with the elimination of collective bargaining rights

for transit workers, the legislation back to work of Crown prosecutors and

government attempts to impose wage restraints upon the public sector. This

free symposium will explore this issue through a distinguished panel of

Injustice anywhere is a threat to justice everywhere. We are caught in an inescapable network of mutuality, tied in a single garment of destiny. Whatever affects one directly, affects all indirectly. - Martin Luther King

Sadly, proximity to power has an unsurprising ability to mutate a politician’s spinal cord into bright yellow jelly. - Tariq Ali

Any individual or group that would aspire to lead society must be ready to pay the costs of leadership: to accept the responsibility, to suffer calumny, to surrender security, to risk both reputation and fortune. If this price, or some important part of it, is not being paid, then the chances are that the claim to leadership is fraudulent. Society is never redeemed without effort, struggle, and sacrifice. - George S. Counts