Is the NFL's response to CTE just to sweep it under the rug?

I don't know how many of you have had a chance to see the movie "Concussion" with Will Smith which started playing in the cinema over the Christmas holidays but it is worth viewing as there now appears to be conclusive scientific evidence that injuries to the head are extremely damaging to one's health.

A young football star ‘in the prime of life,’ and the disease that destroyed his brain

Donald Trump Comments on Officiating in the NFL

CTE in the NFL: The tragedy of Fred McNeill

Go ahead, watch them die: F**k those joyless moralists who hate football and the Super Bowl

Scolds want us to boycott football, our American right, on Super Bowl Sunday. Because brain damage? No way

Go ahead, watch them die: F**k those joyless moralists who hate football and the Super Bowl

Scolds want us to boycott football, our American right, on Super Bowl Sunday. Because brain damage? No way

It's satire. The author wrote this book.

Thanks bekayne I missed that.

The NFL machine grinds on: I love football, but I can’t watch Super Bowl 50 — or the game, ever again

For too long, I looked past what I knew about the sport so I could enjoy it—but I can't ignore the truth anymore

Please be careful Sunday sitting on your sofa watching the Super Bowl . Please. As NFL Commissioner Roger Goodell informed us at his annual state of the game address, football might be hazardous, but “there are risks in life. There are risks sitting on a couch.” Indeed there are. You could get your head caught in a pull-out sleeper.

Or as one Twitter wit wrote, “Gotta watch out for those deadly couch concushions.”

Are we still struggling to get our heads around concussion in sport? 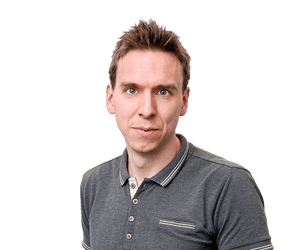 Sean IngleWhile scientists are making breakthroughs in understanding concussion and degenerative brain damage in sport, the fresh list of former NFL stars with CTE is a warming for other contact sports

Even though it is a very serious subject I loved this Onion headline.

In a more serious vein here is report on a study of concussion patients.

Adults who suffer a concussion are three times more likely to die by suicide than the rest of the population, according to a new Canadian study that suggests a need for better long-term follow-up for patients.

There was a median delay of six years between the concussion and the suicide, the study found. About half of those who killed themselves had seen a doctor in the last week of their lives.

The study, published in the Canadian Medical Association Journal on Monday, found that people who suffered concussions on weekends tended to fare worse than others. It’s not entirely clear why weekend concussions led to a greater suicide risk, but it could be that people who injure themselves outside of the workplace are less likely to seek medical attention, said Dr. Donald Redelmeier, senior author and senior core scientist at Toronto’s Institute for Clinical Evaluative Sciences.

Hopefully Peyton Manning retires now before he ends up with CTE, that is, if he doesn't already have CTE.

So why should anyone trust the NFL on safety, when the league itself can’t just talk straight?

"The data was quite eye-opening," said Gallant.