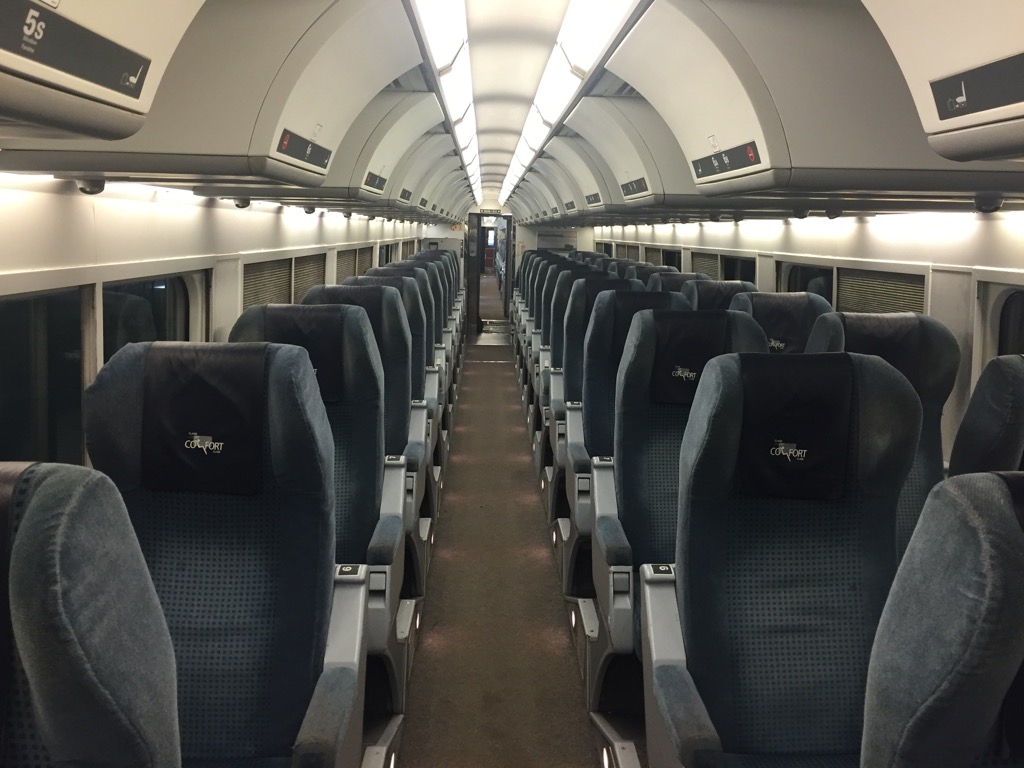 When VIA Rail first announced their $4 billion plan to run trains over a half-a-century-old abandoned rail line from Toronto through to Quebec City, many were shocked. What business case could VIA possibly make to the taxpayers and to the federal government?

The facts did not support reality. The simple truth is: If VIA’s high frequency rail plan was approved, it would result in trains running at speeds from the 1970s, and the trip times between Toronto and Montreal would be at least 30minutes longer than in 1970.

The slow juggernaut of getting in and out of Toronto and Montreal and travelling on a remote rail line, with numerous dangerous level crossings, was hardly the answer to the problems facing VIA Rail.

Former VIA Rail President, Yves Desjardins-Siciliano gave numerous diatribes in Ontario and Quebec against the idea of real high-speed rail in Canada. High-speed rail is what the rest of the modern world has had for decades.

Yet details on VIA Rail Canada’s own High Frequency Rail Plan (HFR) were kept from the public.

Vague maps of the plan shown by VIA changed over time. Sometimes the maps showed towns that would get passenger rail service and later the town was removed from the map. Even more perplexing is the fact that VIA Rail would not show their business plan to the public that was funding it.

Simple questions that VIA Rail would not answer for the public would include:

You would think that by spending $4billion of taxpayers’ money, the public would have a chance to review the business plan.

A leaked internal federal document in 2019  from Transport Canada did reveal that part of the plan Montreal-Quebec City was not financially feasible. That fact did not surprise anyone.

VIA Rail fought vigorously to prevent a Freedom of Information Act request for them to release their High Frequency Rail Plan Business Case. Just how bad does VIA want to keep people from analyzing their flawed plan?

The federal office of the Information Commissioner of Canada released a DECISION on December 14th, 2020, about VIA Rail Canada’s attempts to keep the plan from the public.

The complaint filed was that:

[1]      The complaint disputed the decision by VIA Rail to withhold approximately 300 pages of the VIA Rail High Frequency Rail (HFR) Proposal in its entirety under the guise of various pieces of legislation.

The decision was critical of VIA Rail and found no basis for their refusing to release the report.

The complainant disputed VIA Rail’s decision to withhold information related to a High Frequency Rail Proposal in response to an access request. The information was withheld under multiple paragraphs of the Access to Information Act.

VIA Rail failed to demonstrate that the information withheld fell within the scope of the exemptions claimed. In addition, VIA Rail did not conduct a severance exercise to disclose non-exempt information.

The Information Commissioner recommended that VIA Rail engage in a severance exercise, release all information which does not meet the criteria for exemption, and exercise discretion with regard to the remaining information at issue. VIA Rail responded it would be open to consider implementing the Commissioner’s recommendations, albeit at a later date.

The Commissioners Officer found that the complaint is well-founded.

Note that VIA Rail states it might release the information at a later date. Reality check on that point. VIA Rail still refuses to release the 2002 VIAFast study nineteen years after taxpayers paid for it.

A Case Study in Secrecy #2  – The level crossing at Rue-Saint-Ambroise, Montreal, Quebec

If VIA plans to continue to use the CN main line from Coteau into Montréal Central.  While sections of the line are now 4 tracks, the line narrows to only 2 tracks through the neighbourhood of Saint-Henri, in southwestern Montreal, Quebec, just west of downtown, where there is a level crossing at Rue-Saint-Ambroise that cannot be closed or grade-separated. Currently this has 55 train movements per day, about half being VIA and half being CN freights. This makes it one of the busiest 2-track crossings in Canada. CN is not going to want VIA to run more trains – which means that they will struggle even to run an hourly service from Montréal in addition to the trains VIA says it will continue to run along the Lakeshore via Cornwall.

Sources state that VIA apparently plan to build new elevated tracks through Saint-Henri but they have no agreement from CN and have done no community consultation.  Since the public cannot see the plan, if they are not proposing new elevated tracks, what are they going to do?

VIA Rail does have a problem. It needs its own legislation and protection under that legislation to be able to provide decent passenger rail service in Canada. Our politicians of all parties should be pushing for that.

A $4 billion dollar secret plan that takes us back to the 1960s is not the answer.

If only we had some place on the planet that was rapidly expanding its high speed train networks that we could learn from.