Captive Canada - Empire and Sons: From Sir William Otter, to the NDP and the Waffle | rabble.ca

Captive Canada - Empire and Sons: From Sir William Otter, to the NDP and the Waffle

Captive Canada - Empire and Sons: From Sir William Otter, to the NDP and the Waffle

This article from Captive Canada begins with General Sir William Otter who led troops against the Northwest Rebellion (1885), the Boer War (1899) and commanded Canada's slave-labour Concentration Camps in the WWI/Red-Scare era (1914-1920). Otter's son, a WWII General, had a son named Desmond Morton, who was a key mover and shaker in the NDP. Morton left the military to work with David and Stephen Lewis.  With RCMP help they purged the NDP of the Waffle, a socialist movement co-founded by Jim Laxer and his communist father, Robert Mendel Laxer.  (Similarly, in the 1930s and '40s, Social Gospel hero Rev.J.S.Woodsworth had led the expulsion of radical socialists from the CCF.)

This article is from
Captive Canada:
Renditions of the Peaceable Kingdom at War,
from Narratives of WWI and the Red Scare
to the Mass Internment of Civilians

Issue #68 of Press for Conversion (Spring 2016), pp.6-7. Published by the Coalition to Oppose the Arms Trade (COAT).  If you quote this article, please cite the source above.  And, please consider subscribing, ordering a copy &/or donating. Thanks.   Here is the pdf version.

Empire and Sons:
From Sir William Otter, to the NDP and the Waffle 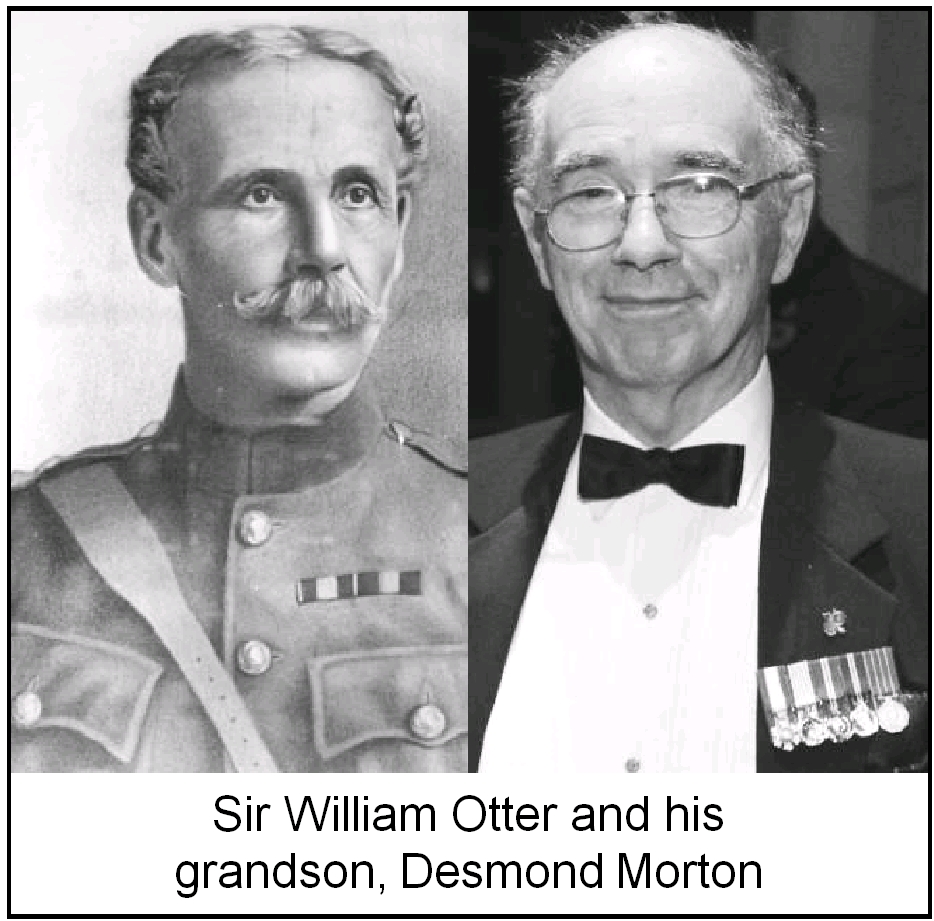 Canada’s Major General Sir William Otter is revered as the “father” of Canada’s Army.  His family tree is laden with archdeacons, bankers, barons, a British Governor of Bermuda, a chief justice of Nova Scotia, and his grandfather was the Anglican Lord Bishop of Chichester, England.1

With the war’s outbreak in 1914, Otter was brought out of retirement to be appointed Director of Internment Operations. His qualifications included collaboration in two imperial conflicts that involved the mass internment of civilians.

In 1913, Otter was made a Companion of the Most Honourable Military Order of the Bath.2 For what service to Empire did he receive this title? Was it his role in the North West Rebellion of 1885 when he led a battalion of British troops against a Cree and Métis uprising led by Poundmaker and Big Bear?3 His role in crushing that revolt led the Montreal Daily Star to urge that “Otterism” be used “as a synonym for merciless repression.”4 Otter had dutifully served as an imperial weapon to smash resistance to Canadian land plunder and the genocidal herding of Indians into mass captivity on reserves. (See pp.15-21.) But this crime was only one step on Otter’s journey to knighthood.

Otter’s next major opportunity to serve imperial conquest came when he led 1,000 troops of the Royal Canadian Infantry Regiment, during the Boer War (1899-1902).5  This war was fought to secure the British elite’s access to diamonds and gold controlled by the Boer (Dutch/Africaaner) regime in South Africa.  During this contest of empires, British troops forced 116,000 Blacks into concentration camps.6 They also herded 118,000 Boer women, children and elderly men into deadly prison camps. Of these civilians, more than 42,000 died from preventable diseases in the camps, including 28,000 Boers7 and over 14,000 Blacks.8 In addition, 26,000 Boer men were shipped to British prison camps in India and Caribbean colonies.9

In 2014, to honour the Canadian troops who died while assisting Britain’s imperial conquest of South Africa, Canada’s government added the Boer War, and Afghanistan, to the conflicts that are now officially commemorated at the National War Memorial in Ottawa.10

Considering his commanding role in squashing the Northwest Rebellion and in leading troops during the Boer War (in which more than a 250,000 civilians were interned), it is no small wonder that Otter was knighted and then appointed to lead Canada’s internment camps during WWI.

Otter was immortalised in a gentle biography by his grandson, Desmond Morton, one of Canada’s leading military historians. Morton’s narrative on Otter in the Dictionary of Canadian Biography, presents him in as favourable a light as possible. Morton’s narrative on the Boer War, while noting that the soldiers under his grandfather’s command “became the ideal symbols of a great victory for the British empire,”11 makes no mention of war’s great success in killing tens of thousands  of civilians trapped in internment camps.

Morton, whose father was a Brigadier General in WWII, is perhaps best remembered for his rendition of WWI as the defining moment in Canada’s long struggle for freedom from its imperial masters. “The Great War,” he said, “gave [Prime Minister] King and the Liberals arguments and support enough to take Canada to full and unquestioned independence.”12 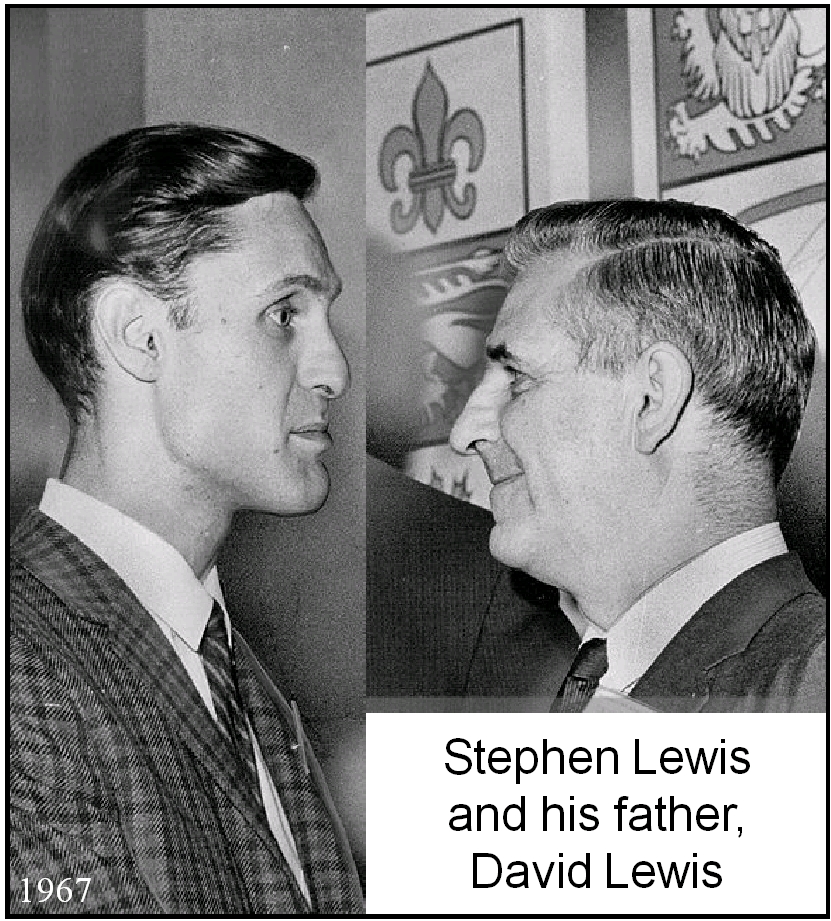 During his tenth year in Canada’s army, Captain Morton “was anxious to serve as [the NDP’s] assistant provincial secretary.” So, the party’s executive agreed to “negotiate” Morton’s “release from the armed forces.”13 He was soon working for the Ontario NDP.  In the early 1970s, as a close advisor to NDP leaders, David and Stephen Lewis, Morton was instrumental in helping this father and son team to oust a youthful reform group from the party.  In 1971, the “Waffle Movement for an Independent Socialist Canada,” was seen as a threat that the NDP leadershipand the Mounties both wanted to contain. A secret RCMP report said the Waffle was hoping

“to change the NDP from within and radicalise the NDP socialist policies.... In its present relatively infant form, the Waffle Group is rapidly becoming a melting pot for radicals of all ‘Left’ groups....”14 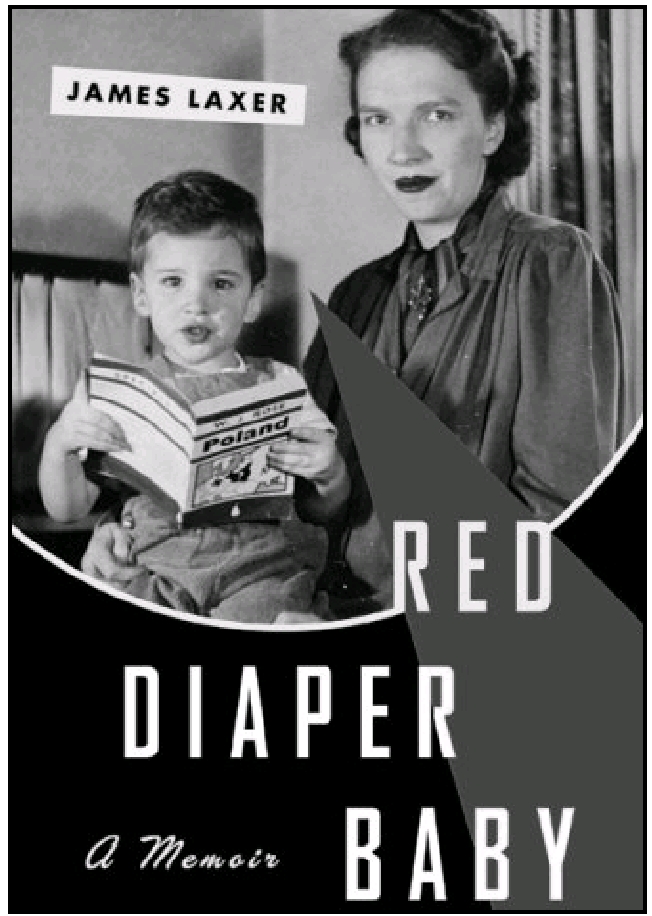 The “Waffle Manifesto” set out a socialist policy of independence from US wars and hegemony.  Its platform included nationalising “the essential resources industries, finance and credit, and industries strategic to planning our economy.”15

Morton’s 1972 success in ousting the Waffle from the NDP, is similar to  when Rev.J.S.Woodsworth led the purge of radicals from the party’s forerunner, the Cooperative Commonwealth Federation in the 1930s and ‘40s. Ousting the Waffle kept radical economic, antiwar and anti-imperialist ideas from infecting the NDP. The Royal Commission into RCMP crimes, said that because of their concern “that Trotskyists and Communists were joining the Waffle,” the Mounties “volunteered information to one leader of a provincial New Democratic Party” to make him “aware of subversives within his Party.”16

Besides being spied on by the RCMP and expelled from the NDP, Waffle organisers were also targeted for internment during the Cold War.  This top secret Canadian program was called Operation Profunc. (See pp.35, 49.) From 1950 until the 1980s, the RCMP created annual lists of thousands of radical leftists who—in case of a war, or some vaguely-defined emergency—were to be interned. In the 1950s, the first generation of this program targeted communists like Edna and Robert Mendel Laxer.  The latter was a WWII veteran who became a paid organiser for the Communist Party, and later a clinical psychologist. Under Profunc, their children, Jim and Gord, were also to be rounded up. Jim, now a York University political science prof, was a leader of the Waffle, which he and his father helped to found.

7. Women and Children in White Concentration Camps during the Anglo-Boer War, 1900-1902.
http://www.sahistory.org.za/topic/women-children-white-concentration-camps-during-anglo-boer-war-1900-1902

15. The Waffle Manifesto: For an Independent Socialist Canada, 1969.
http://www.socialisthistory.ca/

Fascinating! Thanks. But am I the only one having trouble accessing this link (I guess it's the report of the McDonald commission?) from footnote #14:

although the report is split up into 14 separate PDF downloads! Gotta take some time off now.

The more complete quotation is:

I presume that the "leader" that the RCMP informed was David Lewis of the Ontario NDP.  I also assume he was thankful for RCMP intelligence assistance in helping the NDP leadership rid the party of the Waffle and its troublesome socialism.