Andrea Horwath vows to cut ER wait times in half Liberals have spent too much on bureaucrats, NDP leader charges

This issue is going to resonate with a lot of voters

Andrea Horwath vows to cut ER wait times in halfLiberals have spent too much on bureaucrats, NDP leader charges 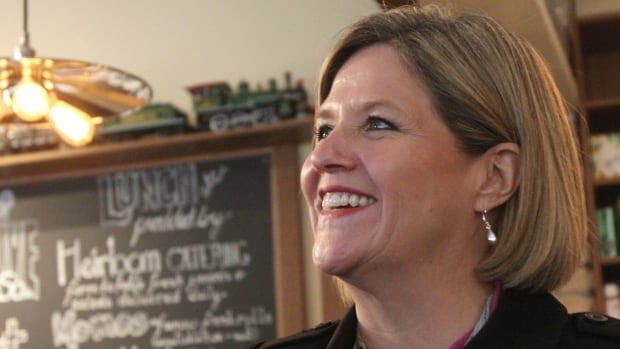 NDP Leader Andrea Horwath says the Liberals have hired too many health bureaucrats and not enough front-line health care staff. (The Canadian Press)

Ontario's Liberal government wasted millions of dollars in a fruitless effort to reduce overcrowding in hospital emergency rooms, NDP Leader Andrea Horwath charged Tuesday as she unveiled a plan to cut ER wait times in half if the New Democrats win the June 12 election.

The Liberals spent too much money on bureaucrats and not enough on front line care as they tried to reduce wait times in various areas of the health care system, added Horwath.

"They put a whole bunch of money into wait times for home care, but a nice chunk of that money went to the administrators of (Community Care Access Centres), went to the executive directors getting close to 50 per cent salary increases," she said.

"They seem to waste a lot of money at the top — look at the Ornge air ambulance as a perfect example — but the money never seems to focus in on the front lines, and that's where our program is different."

Excellent. That makes fourteen (14) threads about the Ontario election.

Any estimate on how many more election promises Horwath plans to make?