Can Vancouver be the first Canadian city with High Speed Rail?

It is time for high speed trains - Vancouver - Seattle - Portland 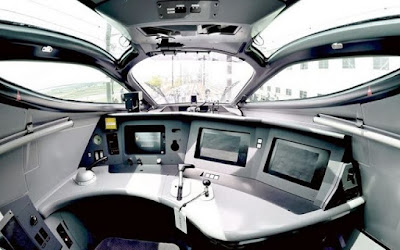 There are many previous studies done on high speed rail in Canada with no action taken on any of them. Ontario-Quebec HSR - 22 studies, Edmonton-Calgary HSR- 4 studies.

In 2017 Vancouver,joined the Canadian cities that have high speed rail studies.The 2017 Vancouver-Seattle-Portland Feasibility Study and this was followed up with the 2019 Analysis Report. - 2 studies -

Currently another more detailed study is underway with funding from government and the private sector.

A three-day Cascadia Rail Summit was recently held at Microsoft’s headquarters in Redmond, Wash., inviting more than a dozen speakers to discuss the project.

Washington Department of Transportation Secretary Roger Millar stated at the summit - “As we regroup here in Washington state and think about investing $50 billion in ultra-high-speed rail,” Millar said, “do you think we’ll ever get to a place where highway expansion keeps up with economic expansion and population? It will not happen. It cannot happen.”

Millar estimated a cost of about $108 billion to add one additional lane to Interstate 5 in each direction from the Oregon border to the Canadian border.

According to the study - While the challenges in delivering UHSGT are significant, evidence from this assessment suggests that the project can be delivered and operated successfully. The key to this success would be to draw on effective governance and procurement models used on other trans-border and international infrastructure projects. Developing an effective funding and operating strategy would also be critical in the successful delivery of UHSGT.

It will not be easy dealing with the complex issues that will come up dealing with the public, private sector, multiple governments/legislation involved (2 federal, 2 state, 1 provincial, various lower level governments) and obtaining financing for the project.

Let us hope that Vancouver can be the first city with high speed rail in Canada!