Remembering When High Speed Trains Were Built in Canada 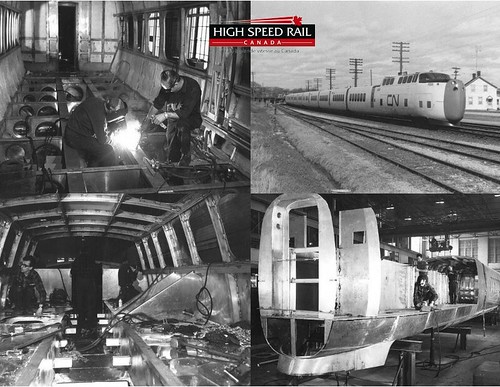 It is hard to imagine but we did use to manufacture high speed trains in Canada. You have to go back to the mid 1960s when Canadian National built the TurboTrain.

In July 2019, Bombardier announced it will cut up to half its work force at Thunder Bay rail-car plant. This was after Bombardier had severely mismanaged orders for the Toronto Transit Commission.

We can build modern high speed trains in Canada if the corporate, public and political will was there to support it.

Here is a link to a larger photo of the Turbo trains being built. For more information on high speed trains in Canada go to: http://highspeedrailcanada.com

On a more serious note. From VIA's newsletter, April 1984: 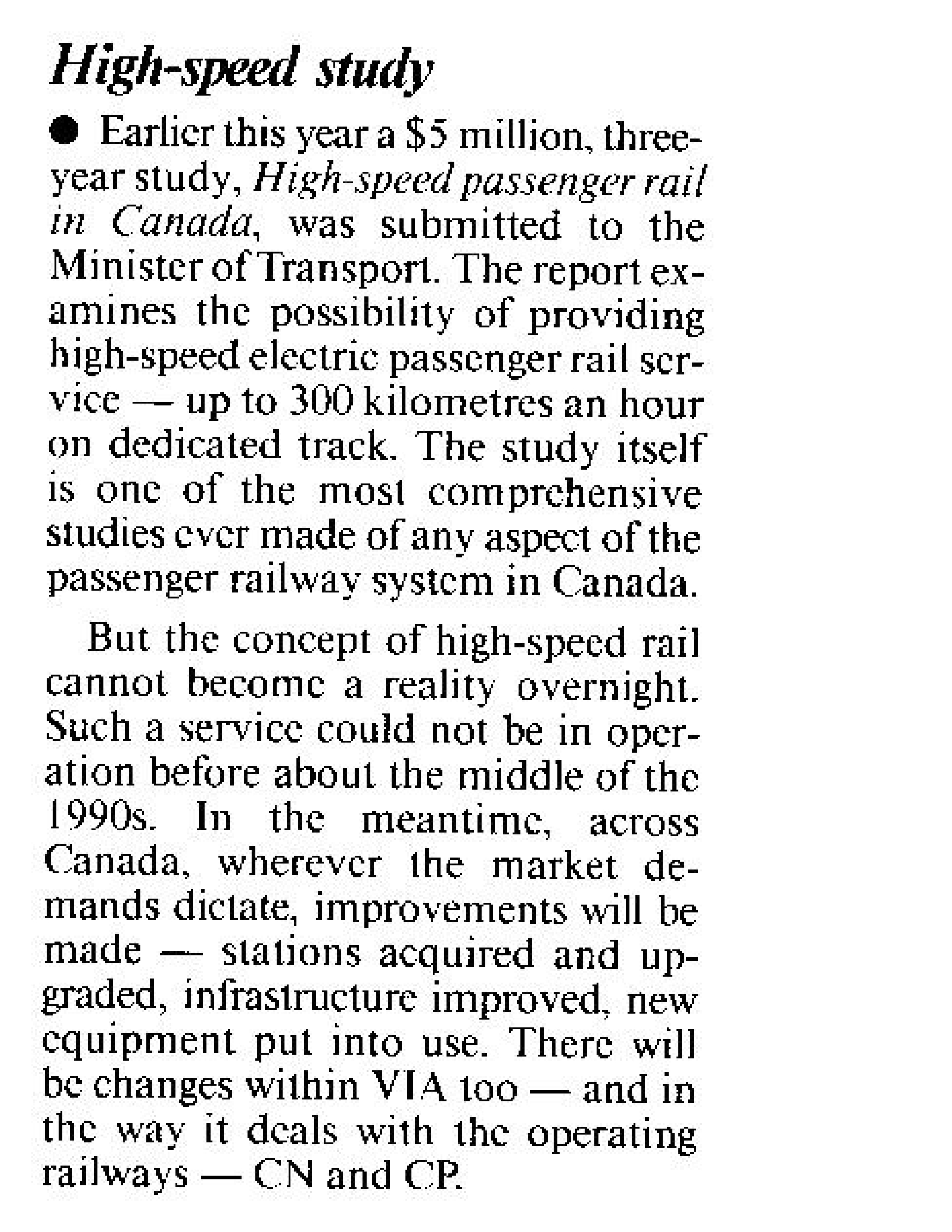 How Canada fell from leader to laggard in high-speed rail, and why that needs to change

Thanks again for your advocacy, Paul! One day it will happen.