VIA Rail Canada is so desperate to get their trains off CN owned rail lines that they have spun this idea of using an abandoned CPR, former Ontario Quebec railway line.

In previous posts we have examined communities along the line that once had service or are getting service in the proposed VIA Rail Canada plan before parliament. We examined the communities of Pontypool, Sulfide, Ungava, Kaldar, Sharbot Lake and Tweed. They are all along the abandoned route which is now part of the Canada trail system.

We all know about the VIA Rail High Frequency Rail Plan ( A phrase they made up)  The plan is better known now as the VIA Rail Sharbot Express Train due to the fact VIA Rail has stated they are stopping in Sharbot Lake and will be travelling at speeds from 50 years ago, to pick up and drop off the happy campers. (bringing tents on the train will cost more!)

We will just deal with their original plan to have their trains start in Toronto and run through Peterborough, Sharbot Lake, Tweed, Ottawa to Montreal, Quebec City . The VIA Rail Canada website,states that the trip times will be 25% faster than the timetable now.  That is a simply ridiculous to think, that the new route from Toronto  through the outback of Ontario and through Ottawa to Montreal, will be 25% faster than the  existing Toronto to Montreal service now.

Is VIA RAIL Canada using a 1892 rail map of the line to justify their business case?

The business case for this line has never been released by VIA Rail. Why? We think because the average person could assess it and see the critical flaws in it.

We at High Speed Rail Canada love history and this rail line has a lot of history. Over a 125 years ago the then Ontario & Quebec (O&Q) railway line was busy.  Here is a LINK to a map of the line in 1892 when there actually was a lot of economic vibrant  towns along the line. Maybe VIA Rail does not realize things have changed in the last century. .

Here is a few more historical updates about communities along the line for VIA Rail to adjust their dubious business plan for returning passenger rail service to it. 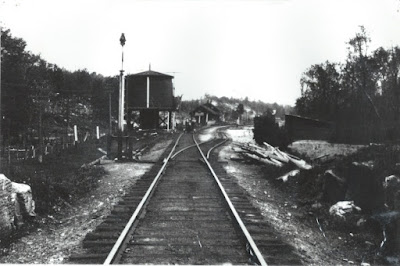 Ardendale Station back in the day!

Now known for its proximity to provincial parks, camping, beautiful scenery and artisan community, Arden is not like it was in its heyday when the O&Q rail line went through it. The blacksmith shop, sawmill, grist mill, planning mill, sash and door factory are all gone. The railway station was dismantled in 1967 the same year the last train went through Arden.

On a positive note, the Legion is open and it is just up the road where the former rail line, now Canada trail, is. 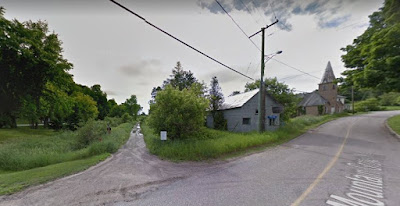 There are a number of residences, a library, and a monument to our war dead. However the industries of potash and lumber are long gone and there is little growth in the community.

If your in the area,  near where the former station/rail line was , on private property is an abandoned church and seemingly abandoned Mountain Grover Rowers Clubhouse!

Hungerford is just 4km away from Sulfide Ontario . We talked about the community of Sulfide in a previous posting. Hungerford was once home to woodworking, carving, and a coffin making factory. It also benefited from the early rush of people to the gold mine in Sulfide. This was before they mined sulfide there. The gold mine went bankrupt and eventually Hungerford faded into the past..

The correct term to describe Hungerford today is a dispersed rural community.

Great information - thank you, Paul! Keep it coming please. I will never forget this article from VIA's newsletter - in 1984! 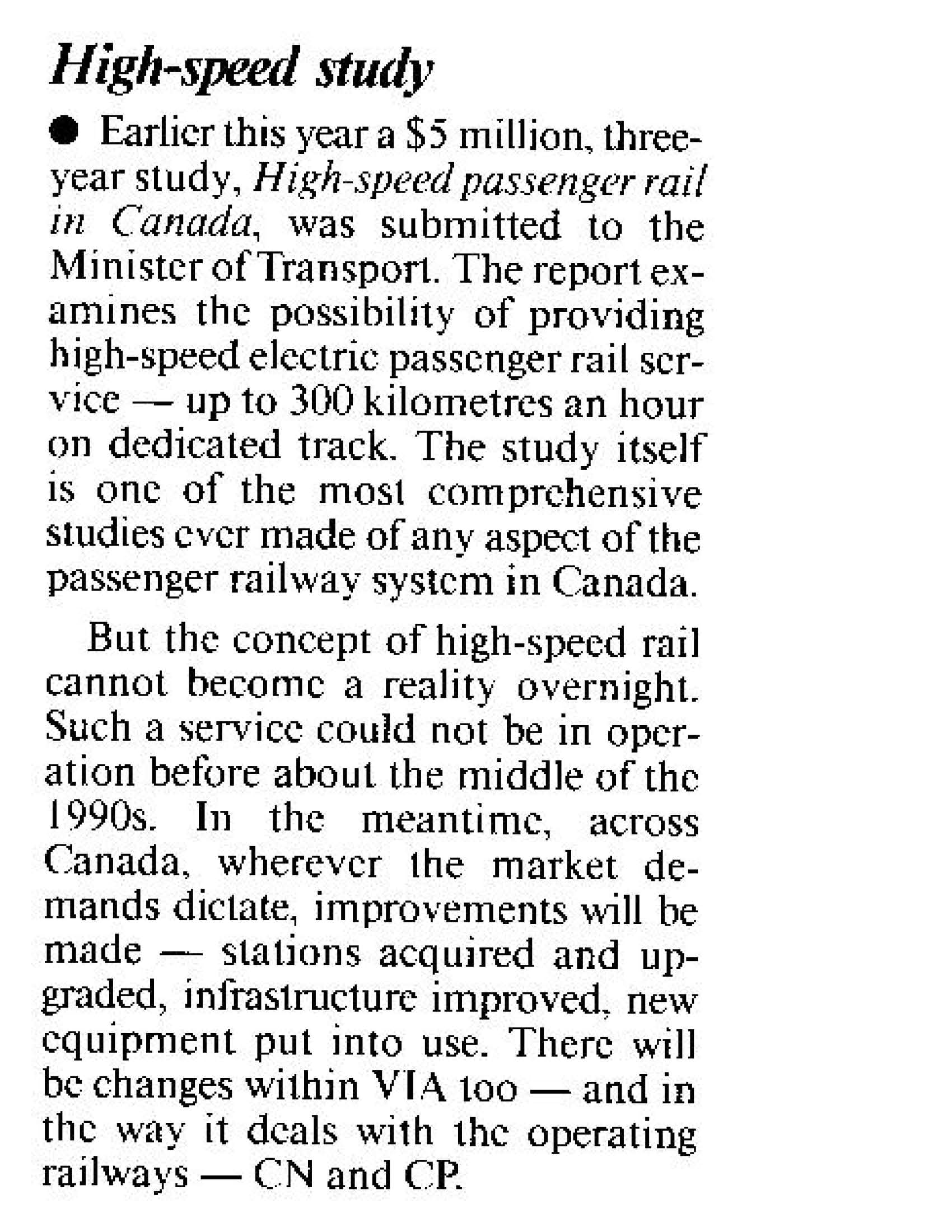 I support the idea of high speed rail in corridors where it makes sense. Having said that, there are other issues relating to Via Rail besides high speed rail. For example, can we also make sure that the trains that go through Winnipeg can be expected to arrive (and by extension to depart) on time?