The launch of the first module for Harmony of the Heavens was a complete success.

Wednesday's launch will be followed by a fast-paced series of cargo and crew launches aimed at completing the construction of the space station by the end of 2022.

When completed, China's orbiting outpost will form a T-shape with Tianhe at the center and two other modules, Wentian and Mengtian, on each side, according to Zhou Jianping, chief designer of China's crewed space program.

Bai Linhou, deputy chief designer of the space station at the China Academy of Space Technology (CAST), said that the station could support at most six astronauts at the same time. Regular launches of crewed and cargo spaceships will secure a long-term human presence in Earth orbit to carry out research and services, Chinese officials have said.

They twist and turn on their way to Earth, which has made it nearly impossible to identify the colossal monsters that create them.

Massive flare seen on the closest star to the solar system: What it means for chances of alien neighbors 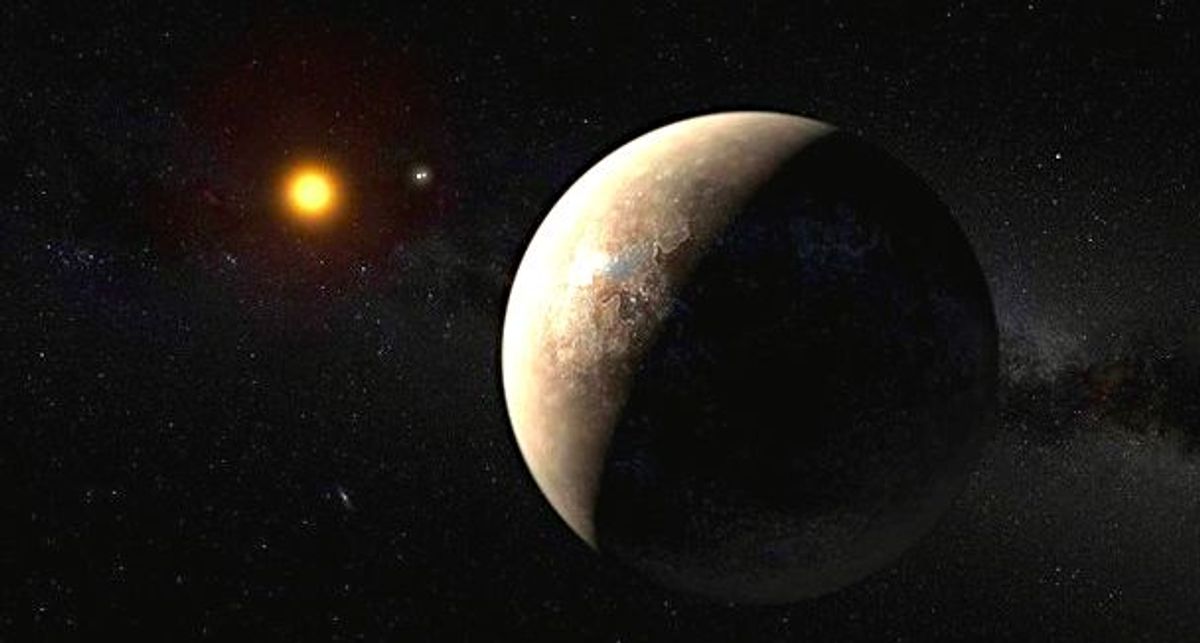 The planet Proxima B orbiting the red dwarf star Proxima Centauri, the closest star to our Solar System, is seen in an undated

"And so you should not believe anyone who tells you, 'Oh yeah, I've heard it's coming down in this particular place,' " McDowell added. "Don't believe them at least a few hours before the reentry because we're just not going to know in advance."

Still, the ocean remains the safest bet for where the debris will land, he said, just because it takes up most of the Earth's surface.

"If you want to bet on where on Earth something's going to land, you bet on the Pacific, because Pacific is most of the Earth. It's that simple," McDowell said.

Concern over the space debris comes after China launched the first module of its planned space station last Thursday morning from the Wenchang launch site in the southern island of Hainan, according to the China National Space Administration.

China's space station won't launch all at once; it will be assembled from several modules launching at different times. Chinese state media reports that the country's space station will be fully operational by the end of 2022.

Space debris falls out of the sky except China's is evil and negligent not like the US's.

Not a Sci-Fi fan myself but I was told this was an appropriate greeting for today:

May the 4th be with you!

Russia and China have big plans in space

"The trend of shifting away from the Washington-led unipolar 'international order' toward multipolarism is not just unfolding here on Earth but far above it in orbit and even beyond..."