Idle No More: There's good reason the Natives are restless

Picture this. You and I are sitting at my local laundromat slash fair trade café, and while you warily wait for me to get my first caffeine fix of the day, you lean in and prepare to ask the question that's been on your mind since you first read the hyperbolic headline, "Native Leaders Try to Burst Into Chambers in Ottawa, Held Back By Guards."

Licking your lips nervously, you spit it out. The question. Not this fantastic espresso. So what's got you all upset this time?

While I savor what has got to be the most widespread addiction in the world by now, I wonder how it is you and I ended up hanging out in the first place, but hey, it's an honest question. If you strive to be a bit more tactful, I'll strive not to move beyond visualising punching you in the throat, okay?

Although thousands of indigenous people all over Canada rallied together under the banner of Idle No More on December 10, there has been very little media coverage on the movement.  Most of what is being said in the mainstream media is focused on Bill C-45. I'd like to make it clear …they're getting it wrong. 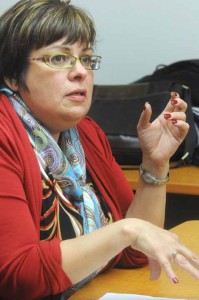 (Attawapsikat still lacks desperately needed housing units, a year after the crisis was declared. Rather than deal with the situation in good faith, the Canadian government has continued to blame Chief Theresa Spence who is now taking drastic measures to open an honest dialogue.)

Then what? What is the problem?

I'm going to go to the Idle No More page and click on "Manifesto." I think it's important you read this in its entirety rather than just have me excerpt it for you:

The Treaties are nation to nation agreements between Canada and First Nations who are sovereign nations. The Treaties are agreements that cannot be altered or broken by one side of the two Nations. The spirit and intent of the Treaty agreements meant that First Nations peoples would share the land, but retain their inherent rights to lands and resources. Instead, First Nations have experienced a history of colonization which has resulted in outstanding land claims, lack of resources and unequal funding for services such as education and housing. 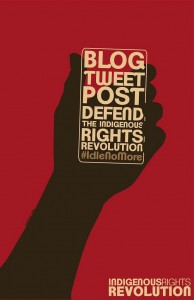 (The #IdleNoMore hashtag on twitter has been an amazing source of information on the nationwide rallies, and the further efforts of indigenous peoples to organise a sustainable grassroots movement.)

We contend that: Canada has become one of the wealthiest countries in the world by using the land and resources. Canadian mining, logging, oil and fishing companies are the most powerful in the world due to land and resources. Some of the poorest First Nations communities (such as Attawapiskat) have mines or other developments on their land but do not get a share of the profit. The taking of resources has left many lands and waters poisoned – the animals and plants are dying in many areas in Canada. We cannot live without the land and water. We have laws older than this colonial government about how to live with the land.

We contend that: Currently, this government is trying to pass many laws so that reserve lands can also be bought and sold by big companies to get profit from resources. They are promising to share this time…Why would these promises be different from past promises? We will be left with nothing but poisoned water, land and air. This is an attempt to take away sovereignty and the inherent right to land and resources from First Nations peoples. 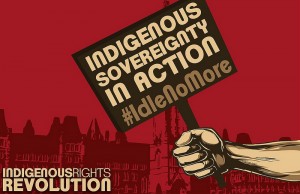 (For news, pictures, and information on the Idle No More movement, you can check out Windspeaker online.)

We contend that:
There are many examples of other countries moving towards sustainability, and we must demand sustainable development as well. We believe in healthy, just, equitable and sustainable communities and have a vision and plan of how to build them.
Please join us in creating this vision.

In short, this is what we have always been talking about. Whether the particular focus has been on housing, or education or the environment, or whatever else.  What lies at the heart of all these issues is our relationship with Canada.  And Canada? This relationship is abusive.

I don't get it, I thought things were getting better?

When the relationship between indigenous peoples and Europeans first began here, we had a relationship based on Treaties of Peace and Friendship. As indigenous peoples understand this relationship, it is one that should work to the mutual benefit of all involved. That relationship quickly became overshadowed by one more focused on extinguishing (getting rid of) aboriginal rights, particularly as they relate to the land. I am not speaking about events hundreds of years ago. I am telling you that Canada continues to focus on stripping away all of our rights and land while at the same time telling the world that it is doing the opposite. 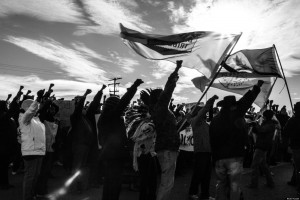 (One of the most captivating photos taken during the December 10th rallies, by Blaire Russell.)

In this document (PDF) Canada clearly lays out its interests in any negotiations it enters into with indigenous people. The term 'certainty' has replaced 'termination,' but the intent is still the same.

I can go find dismal statistics on pretty much any aspect of life for indigenous peoples in this country; trot them all out and say, 'look it's really bad' and you will nod and say, ‘wow it sure is’, but that still won’t make it clear for you.  I need you -- WE need you, to see the forest and not just the trees.

I'm really sorry, I just … I don't understand what the issues are?

Aaron Paquette does a wonderful job of highlighting why this is not just about indigenous peoples. It is about everyone living in Canada:

This is much greater than angry protesting natives, this is about becoming aware of the world in which you live.

First they gutted the sciences, long term studies that would help us understand our ecosystem better so we could develop more responsibly, and no one said a word.

Then they cut funding for our shared history and those who work to preserve it, while at the same time dumping tens of millions of dollars into celebrating a British colony war that happened before we were even a country, and still no one said anything.

Then the world was made aware of the shameful conditions for small children growing up on underfunded, polluted Reservations. A small murmur and then nothing.

And now, because of the apathy they see, this government has taken galling steps to sell out our wilderness, our resources and sovereignty. And not even to the highest bidder. It’s a yard sale with no regard for responsibility or care for anyone who might be negatively affected (in other words, all of us).

From millions of protected waterways a couple weeks ago, we now have hundreds. Yes, you read that right.

So why are Canada’s Indigenous Peoples the only ones who are standing up? Why are they now the World’s Protectors?

What is all boils down to is this. Canada has not committed itself to addressing the colonial relationship it still has with indigenous peoples. Canada is in denial about that relationship.  I think it's fair to say that most Canadians believe that kind of relationship no longer exists. We are trying to tell you that you are wrong.

So what now, more talks?

Contrary to popular perception, indigenous peoples are not just about blockades and protests. We have engaged in every dialogue Canada has been willing to enter into since before Canada was even a nation. When the requirements changed, often arbitrarily, we complied. When Canada pulled out of the structures it built, dumping years of work down the tubes only to decide to set up a different structure and begin again, we were there, at the table, ready to do it over. 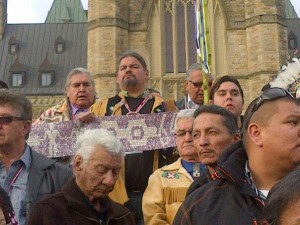 (We will not let Canada forget it is a Treaty nation. All Canadians are a Treaty people.)

This has gone on for too long. The Canadian government continues to mouth platitudes about its supposed dedication to this relationship, while it slashes funding, ignores our emergencies, pulls out of comprehensive land claim discussions, ‘consults’ with us and then ignores everything we told them, all while pursuing a hard-line agenda which accepts only termination as a result.

We have been backed into a corner and we are literally fighting for our lives. We areliterally dying, in so many preventable and unacceptable ways. I’m not being poetic or hyperbolic here and I don’t just mean culturally.

No one should expect us to stay quiet or polite about this. We have done what has been asked, we have played along to the constantly changing rules. It hasn’t worked. It hasn’t saved us. Idle No More is about saving ourselves.

We will continue to talk, and meet, and submit hundreds of thousands of reports each year…but we will also rise. We are rising. You will find that you have many issues in common with us, as Aaron pointed out. This is not us against you. This is hopefully all of us. Together.

This article was originally published on the author's blog, âpihtawikosisân.

Artwork by Dwayne Bird, a New Media Designer based in Winnipeg as part of his contribution to the Idle No More movement.